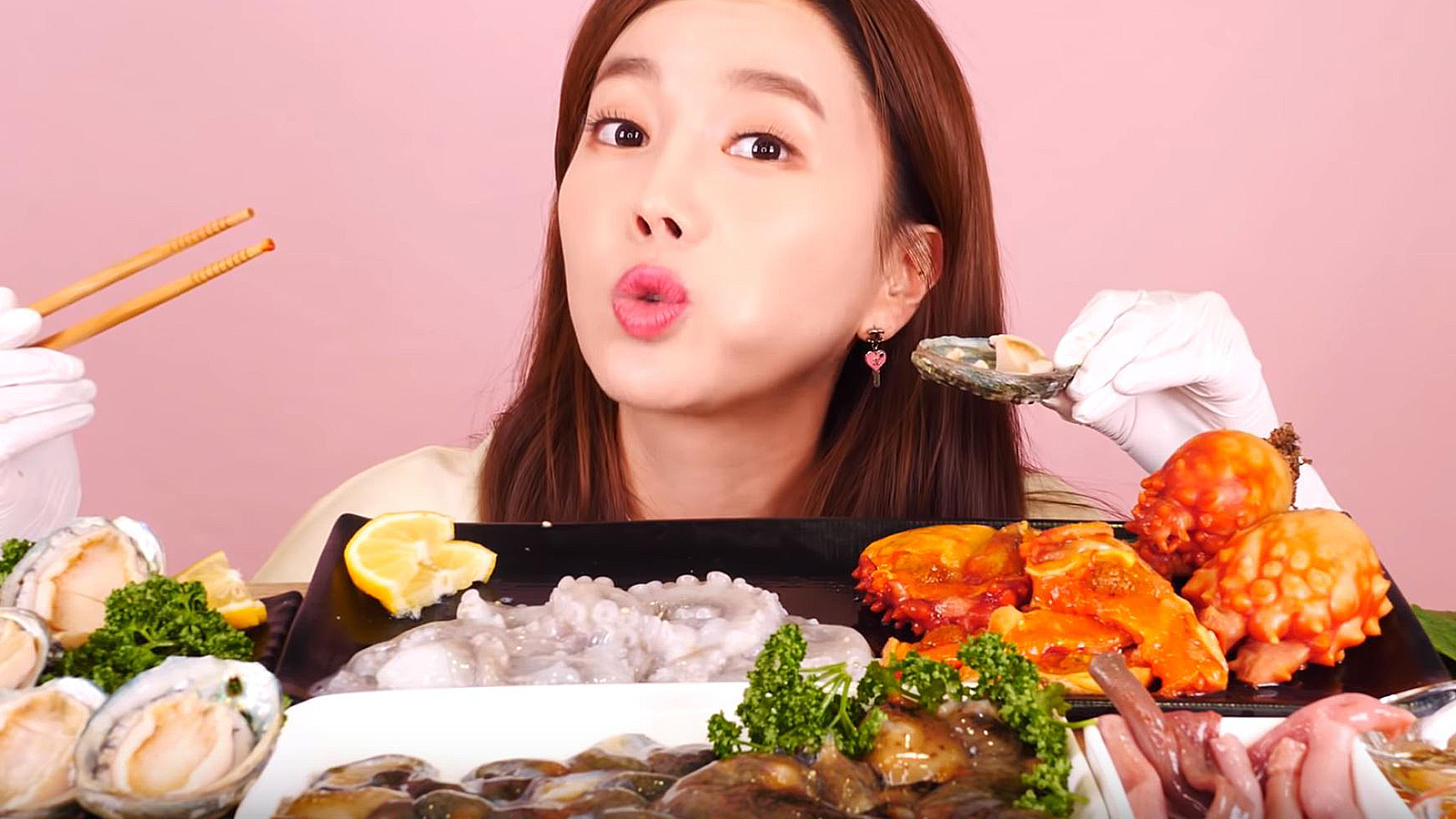 Pretty, perky, and charming, you might think that Ssoyoung is the girl of your dreams – until she invites you over for dinner. Ssoyoung’s videos have generated widespread online discussion. In this page, we list down everything we know about this cute Korean lady with an interesting appetite. Fair warning, some information may be a little bit hard to stomach. 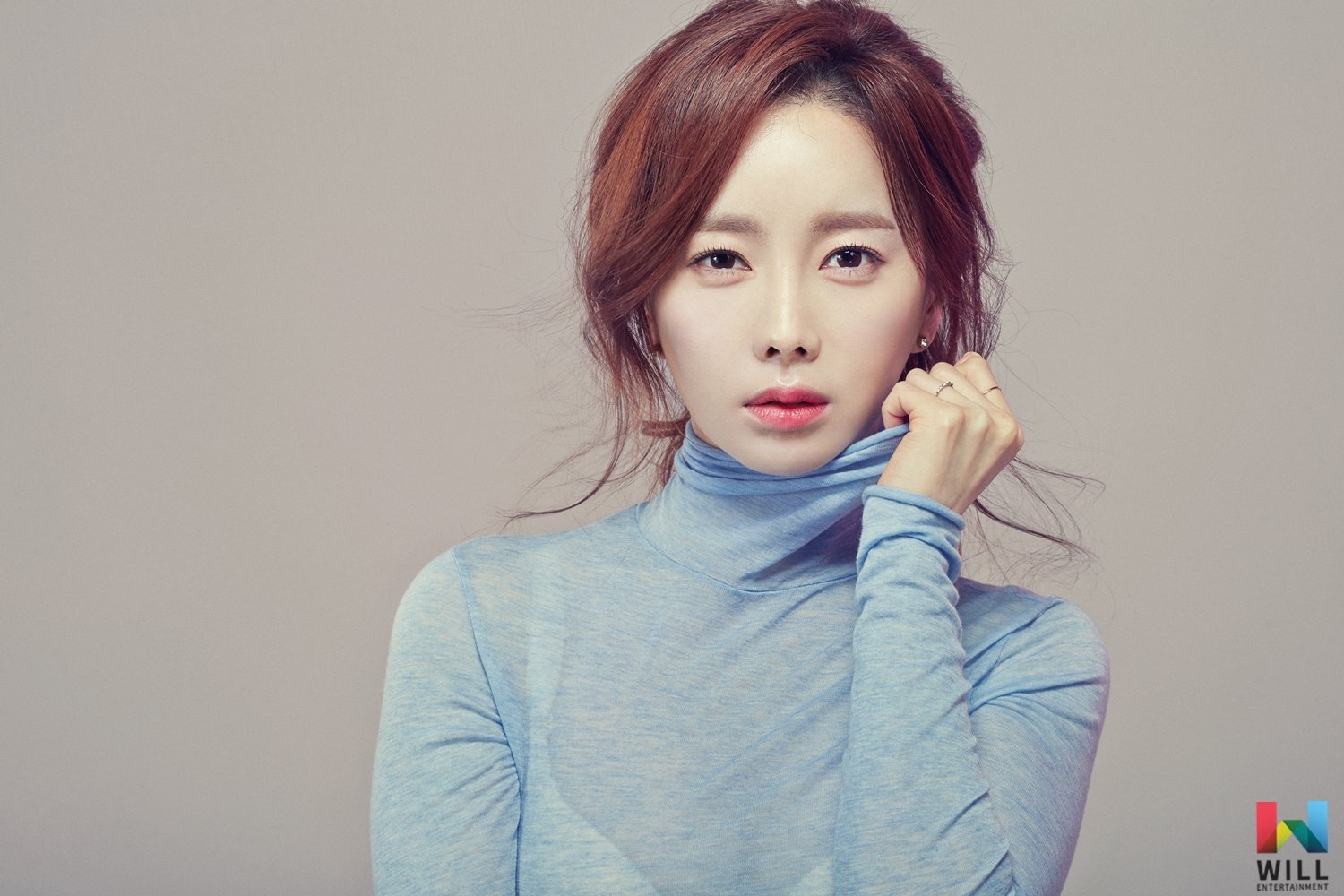 Han So Young, also known as Ahn Ssoyoung or Ssyoung, is a South Korean actress and Youtuber. She was born on January 1, 1987 in Shiheung, Gyeonggi, South Korea. Ssoyoung is one of the most controversial ASMR YouTubers right now. She is famous for her “mukbang” videos, in which she prepares large amounts of food and eats them in front of the camera. Sometimes, she would prepare live seafood, kill them onscreen or eat them alive. Because of these videos, some users and animal rights advocates have called her out.

In 2017, she played a supporting role in the film Roman Holiday, directed by Lee Duk-hee, alongside Im Chang-jung, Gong Hyung-jin, and Jung Sang-hoon. She also appeared in the film Monstrum (2018) with Kim Myung-min. The film won the Panorama Fantàstic Audience Award at the Sitges International Fantastic Film Festival, in Spain. She is currently starring in the TV series How Are You Bread (2020). 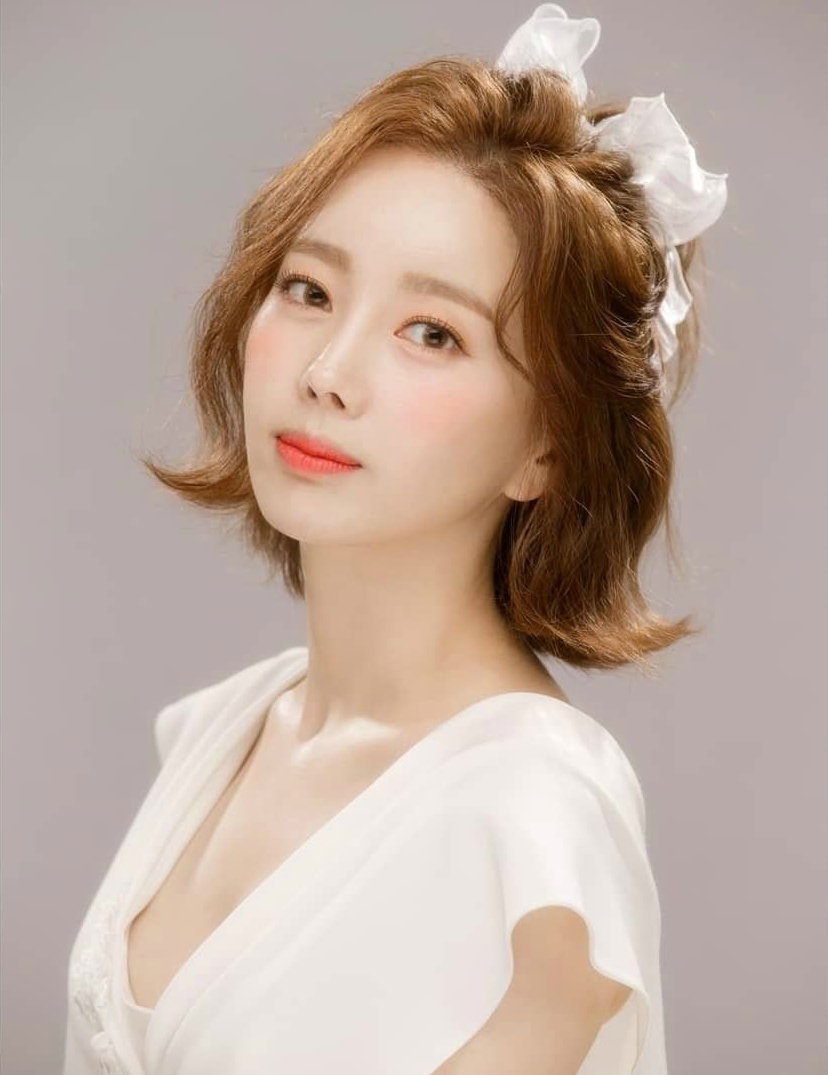 Ssoyoung is an actor with almost 20 years of experience. Ssoyoung has starred in a lot of major films and became the lead actress in some of them. Considering the number of film and TV projects that Ssoyoung has had, in addition to the revenue she gets from her YouTube videos, we’d say that she is worth about $ 1.2 Million.
Ssoyoung’s Youtube, Instagram, and TikTok

In 2018, Ssoyoung joined the ranks of popular YouTube creators. She currently has 3.5 Million subscribers and her mukbang videos have been viewed over 300 Million times. She also has 84.3k followers on Instagram. On TikTok, she has about 78, 300 followers and 319, 200 likes. 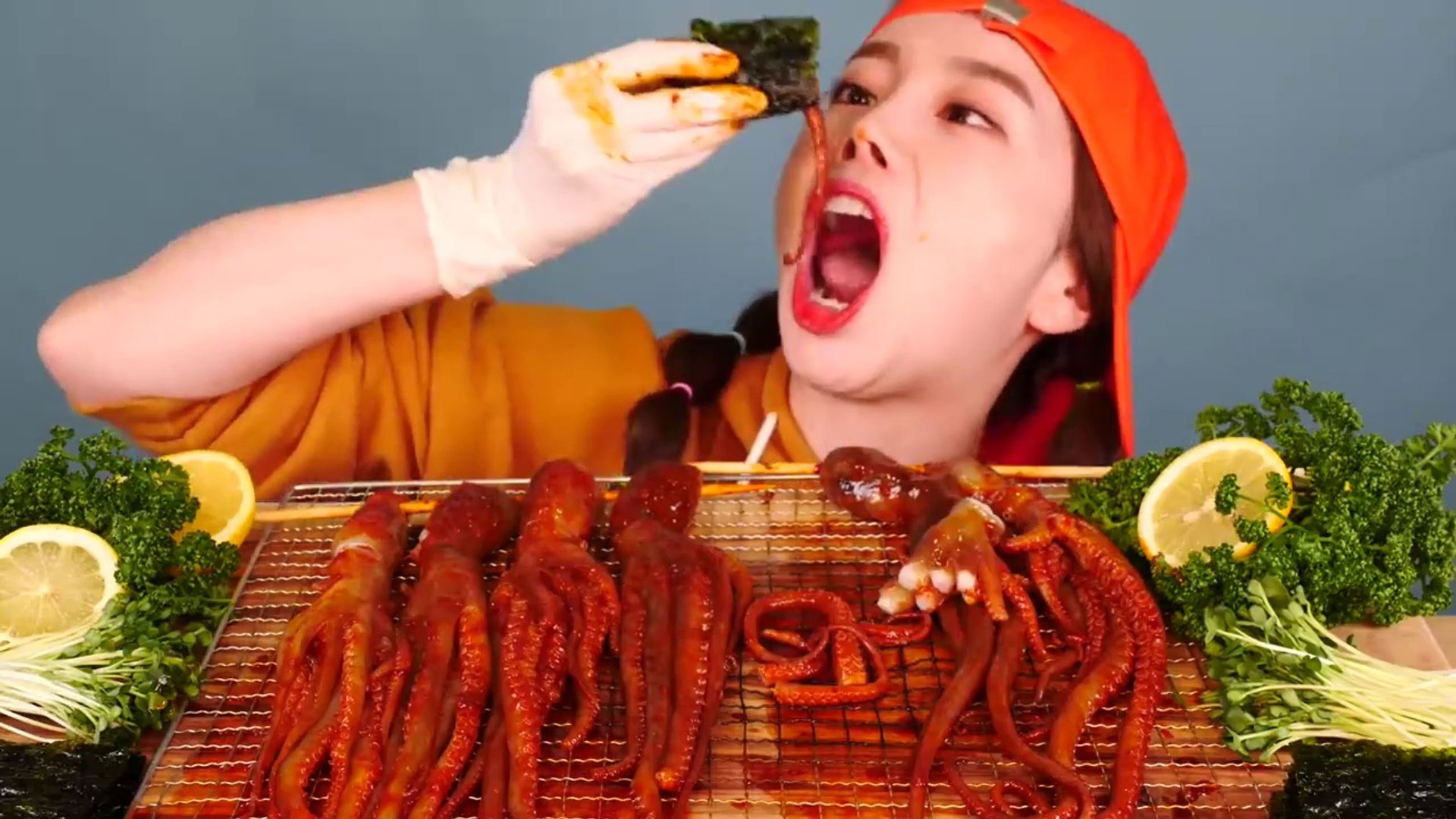 Most of Ssoyoung’s videos are of the “mukbang” genre. Mukbang are videos where the viewers watch YouTubers eat, usually large quantities of food. Mukbang originated in South Korea around 2010, right about the same time video-sharing sites and live streaming services took off. The term is actually a portmanteau of the Korean words for eating and broadcasting. Recently, US-based influencers have also uploaded mukbang videos, hence increasing the number of viewers worldwide.

Mukbang videos have become popular as netizens who are obsessed with fancy food but can’t afford it, don’t have easy access to it, or have dietary restrictions, can at least get a glimpse of what it is like to partake in such a feast. “Some people find mukbang to be very sensual—the touching and savoring of food,” explains Makana Chock, PhD, an associate professor at Syracuse University who studies the effects of sexual content in the media. “The videos can be sexually stimulating.”

Most of Ssoyoung’s mukbang videos utilize ASMR (autonomous sensory meridian response), which enhances the sounds that she makes whenever she chews, swallows, or slurps her food. ASMR is a pleasurable feeling with a tingling sensation in the scalp that spreads down to the spine, often triggered by a gentle stimulation such as sounds. To achieve the ASMR effect, a binaural microphone is needed. YouTubers also often create sounds in their videos on purpose to trigger such sensations. 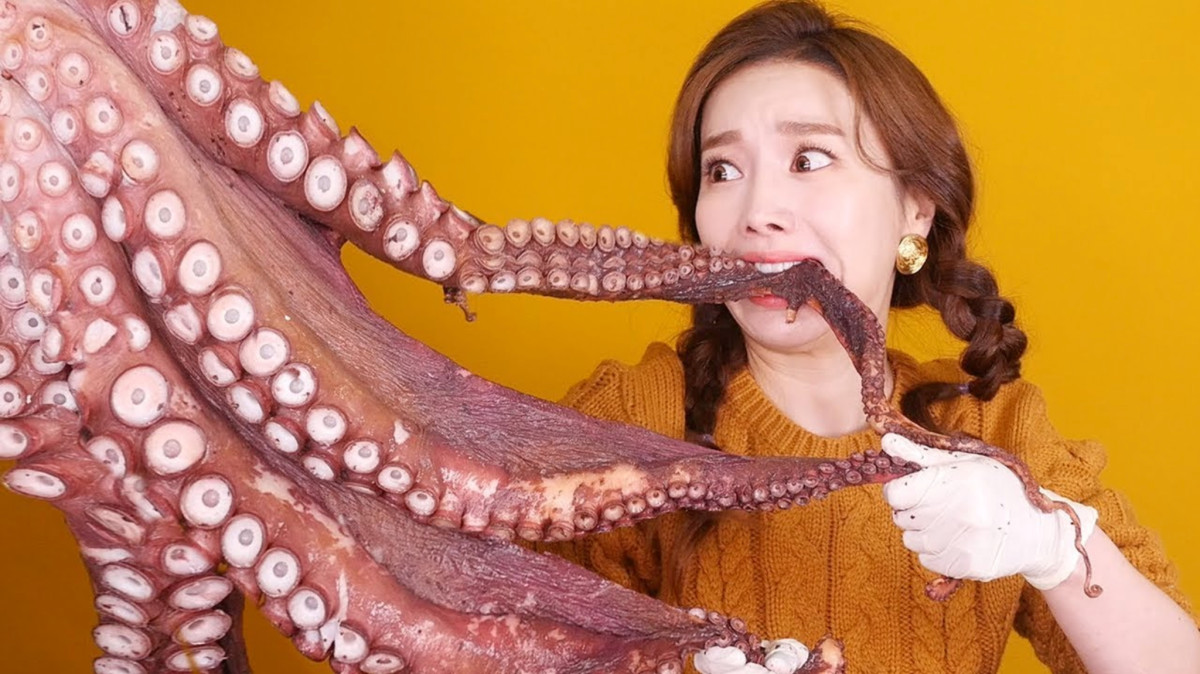 Ssoyoung became a controversy among Korean netizens after uploading a mukbang video in which she eats a live octopus.  Small live octopus, or “san-nakji”, is a Korean delicacy. It is often sprinkled with sesame oil and toasted sesame seeds. While the entire octopus is generally killed and cut into pieces before being eaten (with parts still writhing), some people would choose to eat it whole. The latter method is less common as it can be dangerous. Eating san-nakji could lead to choking as live tentacle suckers have tendencies of sticking onto the walls of the throat.

In Ssoyoung’s video, she first gathered a bunch of the live san-nakji and placed them on the table in front of the camera. Some crawled out of the serving tray and the YouTuber had to bring back the ones that managed to escape. After a brief introduction, she proceeded to eat a live octopus by starting with the head. She took her time to chew the octopus, to make sure that the tentacles no longer moved before she swallowed them.

Ssoyoung also uploaded another video of herself eating a whole pig’s head. In the now-deleted video, she explained that “pig head is a favorite food for Koreans”. She warned the viewers that the visual can make them “feel uncomfortable”. Viewers were shocked by the grotesque visual, with some pointing out that she has gone too far for views. Some became especially furious at her introduction, claiming that Koreans do not eat whole pig heads in this manner. They accused Ssoyoung for spreading false information.

After severe backlash, Ssoyoung deleted both the live octopus and pig head videos. She also issued an apology saying, “I have thought a lot about the videos and I do realize that they made my subscribers feel uncomfortable…I will gratefully and humbly take all of the opinions and will take down the related videos. From now on, I will be more careful when choosing my contents and will do my best for all of you who come to my channel.”

Fellow YouTuber Ethan Klein – known online as H3H3 productions – heavily criticized the Korean YouTuber’s actions. In a video called “ASMR Has Gone Way Too Far” he said, “I think she knows that if she wasn’t acting at least a little squeamish and nervous about it, then she would be seen as a total sociopath. ‘But she clearly loves torturing animals. No question about it.”