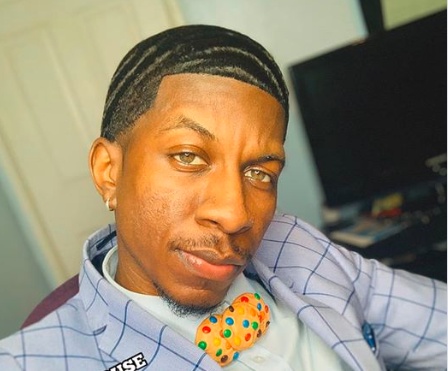 Get the answers to the most intriguing questions about Sir Cruse. What hair products does he use? Is his hair naturally straight or curly? Read now.

His unintelligible introductory blabs contradict what Sir Cruse wants to achieve– for watchers to have a vivid understanding of the 360- waver lifestyle.

The perfectly-curled Sir Cruse started uploading videos in 2009, mostly about goofing around and flexing his biceps. In 2012, he switched gears and re-focused on another part of his body– his wavy hair. Cruse then started posting videos, like  “How to Brush 360 Waves Guide” and “Wave Products and Haircutting Tools”. As his subscribers continued to grow, he began promoting the funky coiffure, sparking a trend in the ripple-like hairstyle among men and women.

Who is Sir Cruse?

Cruse Jr. took up and studied computer engineering in DeVry University but chose to share videos of how to get the best 360 curls and endorsing hair products. 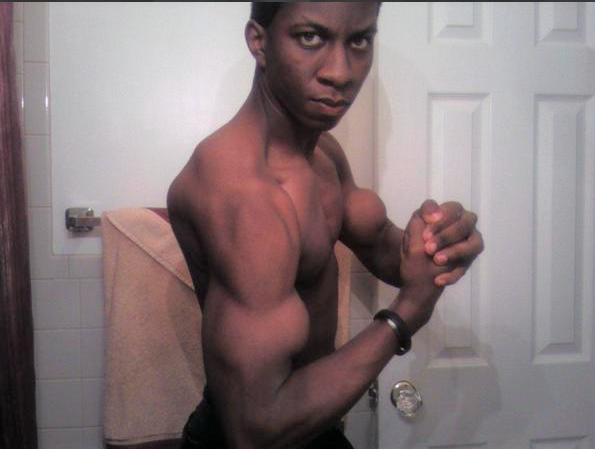 In 2009, he started uploading videos on YouTube for fun. It showed him, his friends and family goofing around, as well as Cruse flexing his muscles. Bodybuilding, reading and writing poems are among Cruse’s hobbies.

Two years after posting fun and muscle- flexing videos, he started uploading about his elaborate 360 waves, with tutorials on how to achieve them. He finally caught the world’s attention.

Sir Cruse said he started having interest in “waves” when he was 8 or 9. The rest of the kids in his school also had waves, but Cruse remembered seeing a boy in 6th grade who had the nicest waves he had seen, and who’d obsessively brush his hair.

Curious about the kid’s enviable curls, Cruse followed him to the toilet and tried the boy’s brush on his hair, thinking his hair will “magically” transform into the best curls, which of course, did not happen.

Cruse went on with his journey for the perfect waves by combing and brushing his hair as often as he could. When he graduated, he had deep curls on the top and sides of his head.

His 360- wave obsession took shape around 2008 or 2009, he said, where he took the effort to have a uniquely curly hairstyle by experimenting. Cruse’s wave- building resources were mainly Facebook and some stores that offered tutorials. He was encouraged by the great results and in 2011, with the aim to become the 360 wave authority, started to upload YouTube tutorials.

Waves fit his smooth personality and lifestyle completely and Cruse said he’d never get rid of his curls until he dies.  Cruse calls his waves as his “religion” and the brush, his “bible”.

Waves are called such because they resemble oceanic waves or the ripple effect. The 360 wave is named as such because the ripple pattern covers  the whole part of the head (i.e 360 degrees). This hairstyle is fairly common among Latino and African American communities.

According to 360 “wavers”, there is no such thing as an “instant wave”. Real 360 waves are a product of brushes and combs, hair kits, texturizers, curl enhancing smoothies, pomades and other hair products. Having 360 waves, they said, is a lifestyle, being that it is a process that needs work and effort.

His most watched videos are generally wave checks, which shows him reacting to videos of 360 waver neophytes. Sir Cruse’s top video entitled “White Kid Tries To Get 360 Waves! Is He Serious!?” has over 3 million views as of 2020.

The second most watched video, “White Boy Thinks His 360 Waves Is Killing”, shows Cruse poking fun at another young new 360 waver. These popular videos show how the hairstyle, culturally linked to Latinos and African- Americans, is slowly seeping into the Anglo-American culture.

Cruse’s curly hair is said to be categorized as 3A, described as shiny, with large, loose curls about the size of a chalk. Its great texture is the result of proper long- term hair conditioning and moisturizing.

Those who follow Sir Cruse often notice him wearing durags, wolfing, and using specific hair tools to preserve his curls. These form part of what they call the 360 waver lifestyle. 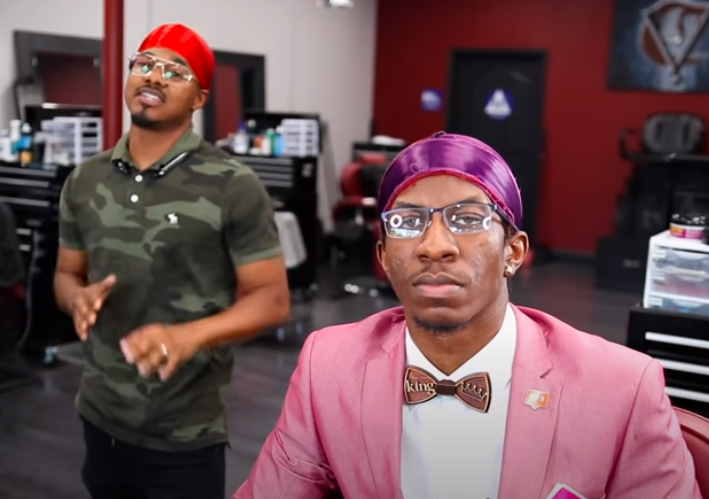 Colloquially, wolfing means “growing your hair out”, which Sir Cruse often does to preserve his elaborate curls. His hair transformation is often posted on 360 Jeezy’s channel, another YouTuber who cuts Cruse’s hair, usually after several months of wolfing.

In 2019, Cruse took to YouTube to  express dismay over a person who asked the wave guru to comment on his waves and later struck Cruse on YouTube for video copyright issues.

A few  months later, while filming on YouTube, his house was burglarized. He seemed not to care. It was not known if the thieves were successful in taking some stuff.

Sir Cruse is dating a nurse and fellow YouTuber Jazzy Glimmer, as of mid 2020. They appeared in a video together with Jazzy answering “How it feels like to date Sir Cruse”. In the said video, Glimmer described the visibly- embarrassed Cruse as funny, gentle, sensitive and loving– contrary to the persona he displays on his live wave checks or reaction videos.

Glimmer confirmed Cruse is obsessed with his hair, going to the bathroom and brushing it all the time. The wave legend also loves to take naps often and adores his mother, according to her.

Jazzy Glimmer first saw Sir Cruse on Instagram Top Live and YouTube, and she took interest in him. Later, Cruse hired Glimmer to become a moderator for his social media account, and this was how they first hit up. They started dating soon after, in the last quarter of 2019. 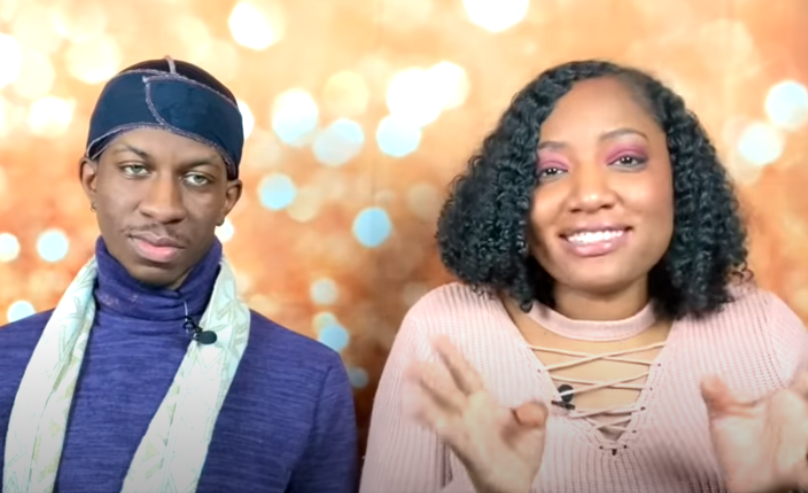 Apart from his current relationship with Glimmer, Cruse claimed to have had a previous relationship in which he was cheated on. He discussed his past flings in a 2018 video.

Cruse once hooked up with a girl named “Nia” through social networking site Tagged around 2007-2008. They met personally in 2010 but did not pursue a relationship.

Four years  later, Cruse met Bridgette, who he later found out was Nia’s friend, via Facebook. Cruse claimed it was a serious relationship albeit long distance. Months into the relationship, he found out she was cheating on him and they broke off after another man got Bridgette pregnant.

How Much Money Does Sir Cruse Make?

According to a website that analyzes YouTube channel statistics,  Sir Cruse earns up to $2.55K monthly. He has netted an estimated total revenue of $165K for his videos over the years.These figures are for his channel that boasts of 32.2M views, 504 videos, with 508k subscribers (as of May 2020).

Cruse asks $15, payable via Cashapp, before responding to direct messages on his Instagram and other social media channels.

In 2018,Cruse was brand ambassador for So Many Waves hair products. In 2020, he started promoting products made by Apostle Manufacturing Company, which positions itself as the “World’s Most Innovative Grooming Company”.

In at least two videos uploaded by 360Jeezy, Sir Cruse was the subject of hair transformations after wolfing. The video introduction shows Sir Cruse disembarking from luxury cars, like a white Jaguar and a black Dodge Challenger car, both priced more than $60K each.

It is unknown, though, if Sir Cruse actually owns the said cars.