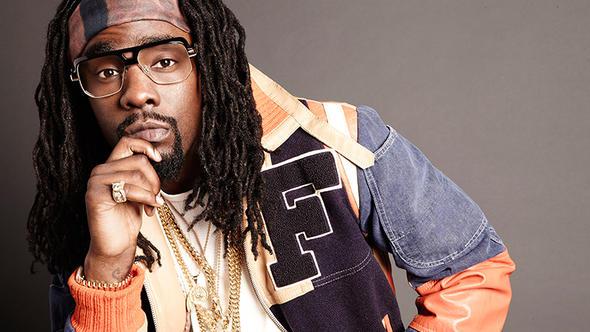 Wale is an American rapper, actor, record producer and recording artist. He first rose to fame from his track Dig Dug (Shake It). Till today he has released five albums and several mixtapes. So let us know more about Wale, his bio, career, girlfriend, kids, and net worth.

Wale (actual name: Olubowale Victor Aktintimehim) was born on September 21, 1984, in Northwest, Washington, D.C. His parents are Ayo Aktintimehim and Doris Aktintimehim. When Wale was 10, his family moved to Montgomery County.

Wale graduated from Quince Orchard High School in Gaithersburg, Maryland in 2002. Wale was an excellent football player which earned him a scholarship in Robert Morris University and Virginia State University. Later he was transferred to Bowie State University but he dropped out.

Wale started his career releasing his track, Rhyme of the Century. Wale got featured in Unsigned Hype column in The Source Magazine in 2006 and later he was signed to a local label, Studio 43. Then Wale released Dig Dug (Shake It), which was also included in his first mixtape, Paint a Picture, which became very popular and helped him locally recognized. T This song was the most requested song in Washington D.C. radio history and Wale was the first local artist to get some BDS spins since DJ Kool in the early 1990s. Wale released his tracks Breakdown and Uptown Roamers in 2006, both of them were in the second mixtape, Hate Is the New Love. In 2006, he won the award for “D.C. Metro Breakthrough Artist of the Year” at WKYS’s Go-Go Awards.

Wale released his single Good Girls in January 2007. Then later that year in June, he signed with Allido Records. On July 11, 2007, released his third mixtape, 100 Miles & Running as a free download on his Myspace page. It featured artist like, Lily Allen, Mark Ronson, Daniel Merriweather and Amy Winehouse.

Wale signed a joint venture deal with Allido Records and Interscope in March 2008 and released his fourth mixtape on May 30 titled The Mixtape About Nothing. Then on June 19, 2009, he released his fifth mixtape, Back to the Feature, which consisted 11 tracks and produced by 9th Wonder. It received a positive review from Vibe magazine and website Pitchfork Media. He also did a guest performance in a song by Daniel Merriweather titled Change, which peaked at number eight in the UK.

Then on November 10, 2009, Wale released his debut album, Attention Deficit, which received positive reviews. It peaked at number 21 on the Billboard 200. His song in the albums featured Lady Gaga, Gucci Mane, Jazmine Sullivan and many others.

More about Nothing was Wale’s sixth mixtape which was released on August 3, 2010. It featured Wiz Khalifa, Waka Flocka, Daniel Merriweather and others.

On August 17, 2011, he released his next mixtape, The Eleven One Eleven Theory, on the honor of Wale’s Twitter milestone of reaching one million followers. Then, Wale announced his 32-city domestic tour on September 7, 2011, titled The Ambition Tour, for his promotion of the upcoming album, Ambition. Then on November 1, 2011, he released his second album, Ambition. It comprised of 15 songs and was successful to debut at number two on Billboard 200. It currently holds 69/100 score on Metacritic.

Wale’s net worth is $4 million.

Wale signed a contract worth $1.3 million in 2008 with Interscope Records. Wale’s first debut album, Attention Deficit, which was very successful and sold 28,000 copies in its first week. It earned around $169,000 within June 2013. Self Made Vol 1 which also featured Wale, earned around $183,000 in just June 2013.  His next album Ambition sold over 164,000 copies just in the first week of its release. His third album The Gifted was also successful enough to sell 158,000 copies in its first week.

His mixtape, More About Nothing, was probably successful mixtape, it was downloaded for over 100,000 in just 90 minutes. And his fifth album, Shine sold 28,000 units in its first week.

And now Wale has signed Warner Bros Records so it be can easily be guessed that Wale’s money is going to be increased.

Apart from all his music career, Wale has his own venture too. He teamed up Ruvilla, Philadelphia retailer and ASCIS fro a product called Bottle Rocket Ascis Gel Lyte III in 2015.  Wale again teamed up with ASCIS in 2016 with a product that features gold and shades of black and blue.