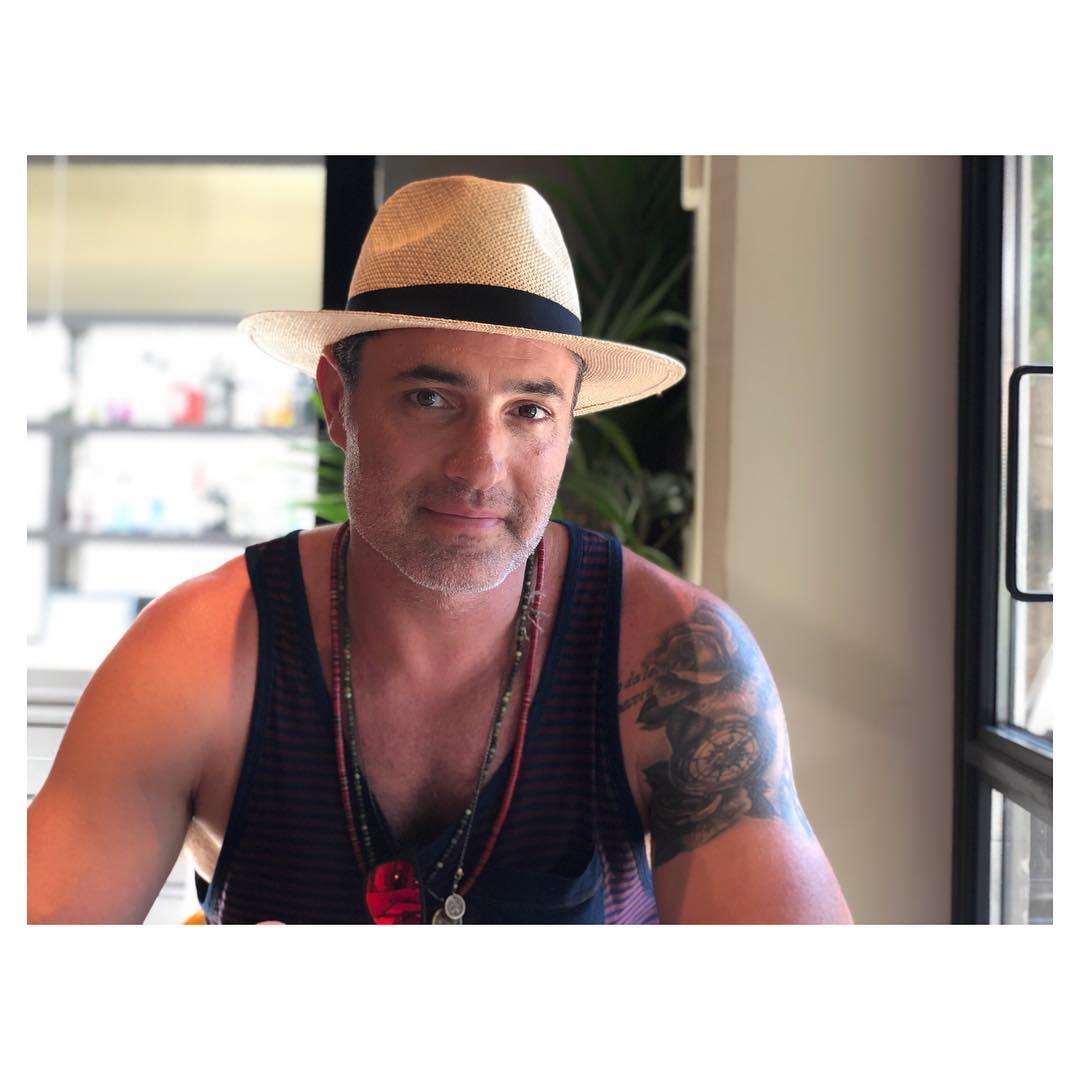 You might have watched the daytime soap opera on the NBC’s Days of Our Lives where he played the second actor, Nicolas Alamain.

The man who is a lady killer and may beautiful ladies have a dream and falling for him. That guy is none other than Victor Webster.

But is he falling for anyone? Let’s take a peek at his love life to find that out!

Who is Victor Webster?

Canadian actor, Victor Webster was born on 7 February 1973 to John Webster and Roswitha in Calgary, Alberta, Canada. His father was a police officer and mother served as a hair stylist.

As a teenager, Victor often got into serious trouble by himself. From school and neighborhood, her parents had to listen to his complaints. Then his father enrolled him at a martial arts school.

In the summer of 1986, Victor and his family moved to San Clemente where he completed his high school education. After his graduation, he joined Saddleback Junior College.

Victor holds a black belt in Tae Kwon Do and Brazilian Jiu Jitsu. Later he began teaching and competed in many forms of martial arts. Later, she decided to pursue his career in acting and moved to Los Angeles in 1998.

Prior to he worked as a stockbroker and also owned and operated an import/export company. He began modeling and was appeared in 1998’s special issue of Cosmopolitan magazine titled ‘All About Men.’

During his acting profession, Victor Webster has met with such a significant number of producers who loved to feature him in their movies. He has played as small roles in numerous TV shows and pictures which made him popular.

As a result, he got a request for guest but also for starring roles. In 1997, Victor made his first acting debut with a minor in an American soap opera Sunset Beach.

Then he landed on NBC daytime soap opera Days of Our Lives in 1999. He portrayed as Nicolas Alaiman, also the show received immense critical acclaim.

Gangland and Sex in the City

In 2000, Victor Webster auditioned and got selected to play a guest role in the movie ‘Gangland.’ The film tells the inside story of some infamous street gangs in America.

Later on, in 2003, he starred as Chip Kil-Kinney in an episode ‘To Market, to market’ of Sex in the City. The romantic comedy-drama television was set and filmed in New York. It was based on the 1997 book of the same name by Candace Bushnell.

The same year, he played the role of ‘Glen’ in the comedy ‘Bringing Down the House.’

2005 was a busy year for Victor. He starred in the movie Dirty Love then he was seen playing some major roles in sitcom such as Las Vegas, Noah’s Arch, Must Love Dogs. He played as Sam Marrak on NBC’s Inconceivable.

The following year, he was offered by Related the action-comedy series to play a key character, Marco.  In the same year, he played on the final episode of fantasy drama television series Charmed and appeared in Reba.

In 2007, He starred in two crime drama CSI: Miami and NCIS. He had a recurring role in the television drama Melrose Place as ‘Caleb Brewer’ and appeared in Criminal Minds.

He played the lead a role in the critically acclaimed movie The Dying of the Light, and guest roles in series such as Mom, Girlfriends’ Guide to Divorce.

He played the major role in the action-crime movie A Good Man in 2014 along with Steven Seagal. While filming in Bucharest, he co-star, Seagal adopted a seven-month-old puppy.

Seagal adopted the puppy to raise awareness of stray dogs that have been viewed as a major nuisance in the “formerly communist country” for many years.

Moreover, he played in a number of series like Baywatch, Becker, Bones, Castle, NCIS: Los Angeles, and CSI: Crime Scene Investigation.’ He also appeared in the film Burning Palms.

He has starred in many hallmark movies such as The Magic Stocking, Summer Villa, Harvest Wedding, Love Blossoms, and ‘Home for Christmas Day.

The Canadian actor earns an enormous amount of money from movie and television series. Besides, there is no other sources of his income.

Victor Webster has a net worth of $3 million.

Victor never married to any woman in his life. He has no wife in his past and present. However, he has dated a number of gorgeous females.

It was said that he was romantically involved with Krista Allen in 2000. Later he dated Katie Cleary but unfortunately, the relationship did not last.

In 2009, he started dating he American Idols bikini girl, Katrina Darrell. Also, he dated the 2006 Maxim’s woman of the year, Monica Hansen but only for a few months.

Some fans also speculated that Victor might be gay. There is no questions regarding his sexuality. He is straight and possibly single.

Victor hasn’t been spotted going out with anybody and stays single according to the media. So keep trying your luck ladies, who know, you may be the spouse Victor’s waiting for!

Professionally, Victor is an actor who has been in the film industry over the decades. He loves being in front camera so there is no doubt, he is available in all over the social media platforms such as Instagram, Twitter, and Facebook.

He keeps updating his fans by posting pictures and videos on Instagram as well as shares his thought on Twitter.