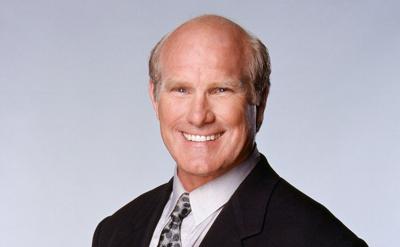 When you have something to prove, then there lies nothing more significant than a challenge to yourself. The only competition you face is to challenge the person who you were yesterday. The real motto is to be better, to work and surpass your failures and dissatisfaction.

Today, we have brought a famous Veteran football player for our readers who may be already acquainted of him. Terry Bradshaw is considered as one of America’s most prominent and magnificent quarterbacks.

Terry departed from football very young but still kept in touch with Sports World by hosting and analyzing national sports networks. He has succeeded in becoming a provocative TV personality as well.

Terry’s talents were not constrained only to football, as he has also demonstrated his ability to create hit songs and acting too. Furthermore. He has released few songs, wrote a few books, and took part in several films.

Here, we will explore concerning details on Terry Bradshaw about his child and wives as well as his career, read the following article.

Terry Bradshaw is a former football player of the National football league in the United States. He is the famous Veteran Pittsburgh Steelers quarterback who has won four Super Bowl Championship with the team.

At present, he is a TV sports analyst and co-host of Fox NFL Sunday since 1994. Moreover, in 1989, Terry was honorably added in the Pro Football Hall of Fame.

His nationality is American and belongs to the mixed ethnicity of English, German, and Swiss-German, French and Irish.

The name of his parents is  William Marvin “Bill” Bradshaw and Novis. In his family, he has two brothers named by Gary and Craig.

Since his early years of adolescence, he was passionate about football and very much enjoyed playing the game as well.

Regarding his education history, Terry studied at Shreveport (LA) Woodlawn high school where he used to represent for the school in football.

Subsequently, in the starting of 1970, he started playing football alongside his studies at Louisiana Tech University.

Terry started his professional soccer career with the 1970 NFL Draft at Pittsburgh Steelers. And after some years he developed won the Super Bowl Championship 1974 with the opponent being Minnesota Vikings. In 1975, Steelers managed to win once more the Super Bowl against Dallas Cowboys during the next season.

In 1976, furthermore, he was wounded with a wrist and missed in four games. Additionally, the veteran soccer player retook the Super Bowl in 1978 and 1979, with his team Steelers beating Dallas Cowboys and Los Angeles Rams.

He was injured while at a camp in 1982 and was not able to perform in the following season. The New York Jets played in 1984, while his injury worsened and caused severe damage.

Terry dropped and retired shortly after that in 1984. He started to host the news channel while he departed from football. He began contributing his time as an analyst in-studio and co-host for Fox NFL Sunday in 1990.

The Veteran footballer has already produced five books, including Terry Bradshaw’s autobiography: Man of Steel, FitzBradshaw Racing, among others.

Besides the above, Terry Bradshaw has also published six country, gospel and Holiday music albums. In 1976, one of his hit tracks ‘I’m So Lonesome I Could Try’ was also on Billboard’s Top 20 chart.

Also, multi-talented American veteran footballer, Terry has also performed at TV shows including Everybody Loves Raymond, Married… with Children, Malcolm in the Middle and The League.

To date, Terry has received numerous awards in his career, like Hall of Fame of NFL, 100 Greatest Football Players at number 44 by The Sporting News, and other significant achievements as well.

With his successful career as an American football legend. He has earned a massive wealth from his professional career.

At the moment he has bagged a hefty net worth of $ 15 million and generates a total annual salary of $ 4 million.

Giving an insight to 70-year-old veteran American footballer, Terry is a married man. Till now, Terry has witnessed altogether own four marriages. He exchanged his first wedding vows with Melissa Babich in 1971.

And in 1974, they were officially divorced with their three years of marriage life. During that same year, he then married Jojo Starbuck. They were together for almost nine years but subsequently separated around 1983.

In the past amid 1984, Terry married his third wife, Charlotte Hopkins. From their marriage, they have two children named by Rachel Bradshaw and Erin Bradshaw.

Even though with individual bonds between them, they eventually divorced which after being together for more than 15 years. Furthermore, he finally found his love Tamy Bradshaw and married her in 2014.

The couple started dating each other back in 1999. At present, Terry and Tamy live delicately enjoying their happy love life.

Terry was once heavily criticized and termed him racist following a comment concerned about Reggie Bush in the NFL on Fox halftime show when he said “Look at this Jimmy like he was chasing that bucket of chicken that the wind was blowing the other day.’

Additionally, he indulged into another controversy after he said Mike Tomlin, a “cheerleader.” But he expresses regret afterward by saying, “I shouldn’t probably have said cheerleader.”

Talking about Terry’s body measurements, he has a towering height of 6 ft 3 inches. He has a body mass weighing approximately 99 kg.

Also, the color of her hair is salt & pepper, and she has a pair of blue eyes. Apart from this, we do not possess additional details concerning his other body measurements.

Terry Bradshaw is quite active on social media. He has a considerable number of followers on social networking sites

The Isaacs’s went to church with us!! Great way to start the week ?

Posted by Official Terry Bradshaw on Sunday, 5 May 2019