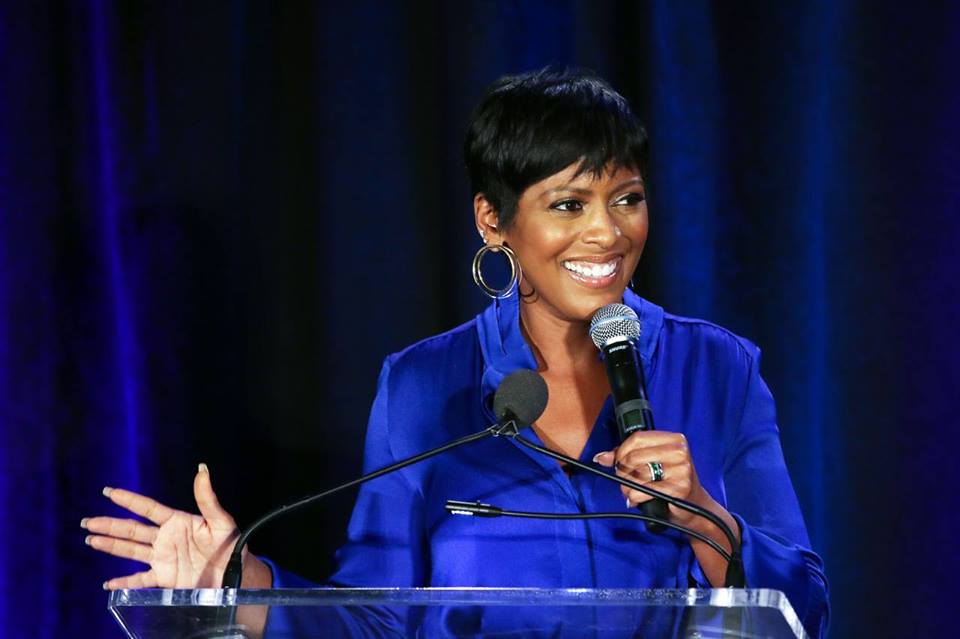 Tamron Hall is an American Broadcast journalist who has previously served as NBC News National Representative. In addition, she was the daytime anchor of MSNBC, hosting MSNBC Live with Tamron Hall.

She also served as the co-anchor of Today’s Take, the third hour of Today. Tamron Hall now hosts the Crime For Investigation Discovery Channel.

From 2007 to 17, Hall contributed her ten years of life in the NBC network. She interviewed many people, including former POTUS Barack Obama, during her tenure with NBC.

She is recently in headlines for her secret marriage and her baby shower pictures on the Internet.

Here, we will explore concerning details on Tamron Hall about her net worth in 2019 and secret husband as well as her career, read the following article.

Tamron Hall is a broadcasting journalist from the United States. She’s renowned as the former host of NewsNation with Tamron Hall.

Tamron Hall was born on September 16, 1970, in Luling, Texas, USA. Her nationality is American and belongs to African-American ethnicity.

She is the proud daughter of Mary Newton, and her father’s name is unknown.

She had a sibling named Renate, killed in her Houston’s house. Her dead body floating in her backyard pool was also reported. But one of her past abusive boyfriends is supposed to commit the crime.

Hall moved to the KTVT in Fort Worth, Texas and started working for WFLD-TV in Chicago, Illinois after graduating from university. Between 1997 and 2007 she worked on the channel.

She often reported on issues relating to Chicago politics as a former Chicago resident. She has held various positions at the WFLD including general assignment journalist, consumer reporter, and hosted the Morning’s three-hour Fox News segment.

In 2007, she joined the MSNBC Network. Before announcing his 2008 presidential election, she had also joined a one-on-one interview with Barack Obama.

As host for the two-hour program The Big Picture, Hall joined David Shuster in 2009. Hall was also a co-anchor of Today’s Take from February 24, 2014.

She’s the first female African-American to anchor the Today’s show.

Tamron Hall is a married woman. On 26 February 2019, at the age of 48, Tamron announced that she is expecting her first baby. She astonished everybody with a video showing her 32-week bump on her Instagram.

She also revealed, together with her pregnancy news, that she secretly married Steven Greener, a music executive. But she didn’t open up the details about her marriage.

Before her marriage, she was in a relationship with her longtime boyfriend Lawrence O’Donnell, a TV host. The couple started dating back in 2011 and split up after a few years of dating.

There was a rumor that she would leave the show in regards to her rumors and controversy.

She had been in a lot of controversies but leaving the NBC News was one of the most significant discussions she had ever experienced. It was also rumored that she is dating a man named Tony.

Talking about Tamron body measurements, she stands tall at the height of 5 feet 9 inches.

She has a body mass weighing approximately 67kg. Moreover, her hair color is black, and also her eye colors are dark brown.