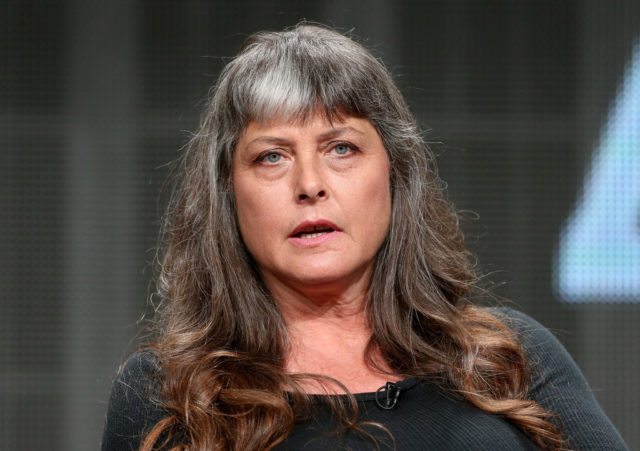 Sue Aikens is a TV personality who became popular for her documentary TV show “Life Below Zero” which is being aired by National Geographical Channel. This daring woman has faced some bitter experience in both on and off screen, lets look on them.

Sue Aikens was born on July 1st, 1963 in Chicago, Illinois, United States. In 1975, her mother left her father and took off to Alaska with her. Eventually, they settled in a village 80km north of Fairbanks, the largest city in interior Alaska. There, her mother left her alone to pursue her own life and the young girl had to learn to fend for herself in the cold wilderness. She is of American nationality.

Other details relating to her education or parents not yet disclosed.

Aikens initially appeared in ‘Sarah Palin’s Alaska’ in 2010. Later, she from 2011 to 2012, she appeared in ‘Flying Wild Alaska’.  In 2013, she joined five other Alaskans in ‘Life Below Zero’, which depicts the daily activities of subsistence hunters in some of the most remote parts of Alaska. The show is in its sixth season.

Before Life Below Zero, she made brief appearances in reality television series ‘Sarah Palin’s Alaska’ in 2010. Also, she has also appeared in ‘Today’, ‘The Joe Rogan Experience’, ‘Fox and Friends’ and ‘Access Hollywood Live’. Aikens now runs Kavik River Camp, an exploration camp which provides accommodation in summer.

Is Sue Aikens married? How many husbands does she have?

Sue Aikens married not just once, not just twice but for three times. But none of her marriage was any good. Her first two husbands left her with nothing and they both are reportadly dead. Her second marriage lasted for 17 years in which period, she gave birth to two child. But at last this marriage ended too.

Know everything about Sue Aikens, just click on the link below: