Home » Uncategorized » Stephen A. Smith: Poised To Become The Highest Paid ESPN In The History.

Stephen A. Smith: Poised To Become The Highest Paid ESPN In The History. 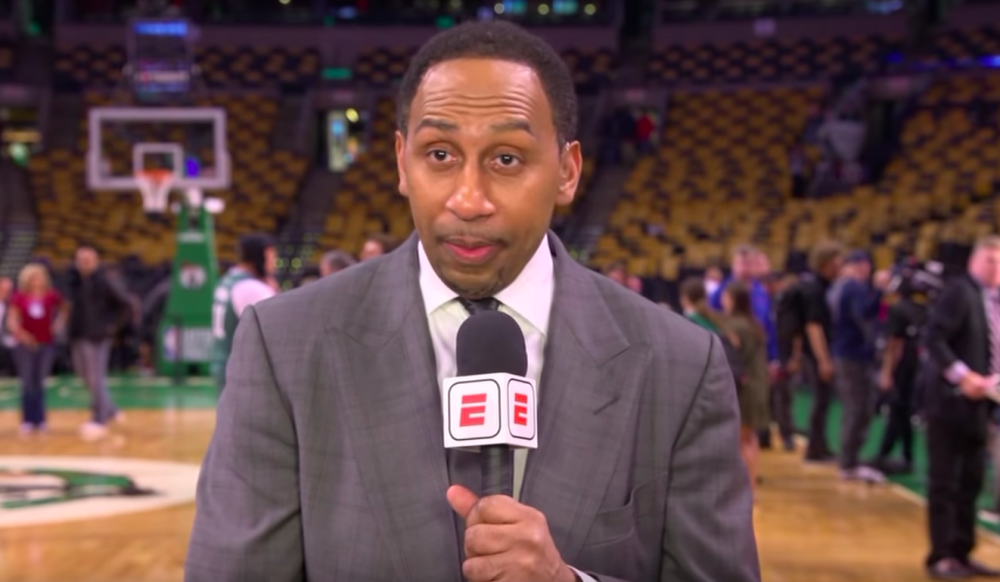 Likewise, an American sports TV Personality, sports journalist and actor, Stephen A. Smith is in line to be the highest paid on-air person on the cable network. Smith has recently signed a new deal with ESPN that he earns a whopping salary from $8 to $10 million per year.

By comparison, Mike Greenberg got paid $6.5 million for hosting the show ‘Get Up!’ which is publicly known salary. Let’s find out what his current net worth and what are the sources of his income?

Who is Stephen A. Smith?

American sports television personality Stephen Anthony Smith was on October 14, 1967, in Bronx, New York City. Smith has four older sisters and a younger brother and a half brother. His younger brother named Basil was died due to a car accident.

Stephen was educated at Thomas Edison High School in Queens and then went on to the Fashion Institute of Technology. A year later, he got a basketball scholarship and joined at Winston-Salem State University in North Carolina.

Stephen is one of the highest paid personality in ESPN history who earns millions from his shows. He has started his career as a basket and currently, working for ESPN.

Stephen A. Smith has a net worth of $16 million.

According to PEOPLE, Smith has a boosting salary of up to $10 million per year. He earns an extra amount of wealth from his acting that added to his net worth.

Talking about his total asset, not much is known, however, we assumed that he is living a luxurious life and drives and exclusive cars across the USA.

How does Stephen A. Smith make money?

Stephen A. Smith loves sports since his childhood and turned his hobbies into a passion and get seriously involved in it. He professional journey in the sports field began as a sportswriter 26 years ago.

He worked for The Daily News as a sportswriter for a year and left to join The Philadelphia Inquirer as a columnist, and that decision became fruitful and long lasting and eventually promoted as the head sports columnist for the paper where he until 2008.

He was terminated from his post in 2008 and returned back in 2010 after he won the arbitrator’s ruling and eventually reinstated after a court order but in one condition that he had removed all references to his personal political views from his cable news shows and website.

Afterward, he became the host of weekday noon to 2 p.m. radio show on WEPN in New York City in 2005 and then worked for Fox. He earned $1 million from Sirius/XM radio show.

Then he stepped into the television industry where he appointed in the now-defunct cable network CNN/SI in 1999. From 2015 to April 2019, Stephen has done several TV shows and earns a hefty salary from various networks. Recently, Smith signed a new contract with ESPN that would pay between $8 to $10 million per year. His contract was set to expire in 2021.

Back in late 2014, Stephen signed a multi-year deal with ESPN that paid him more the $3 million per year.

Aside from his shows, he tried his luck as an actor in the entertainment industry as well. He had done a few acting, making a cameo appearance in the soap opera General Hospital and Chris Rock’s movie I Think I Love My Wife.

The sports personality has faced many controversies in his career. In 2015, he faced criticism for a comment that he made female soccer players during 2015 FIFA Women’s World Cup.

The video clip was replayed while Norway free kick against German and Tim Legler pointed out that German formed the wall and turned their head as the ball went by. smith joked about it saying, “might not have wanted to mess up their hair.”

And his comment was criticized as being a sexist and third-class joke. Later the ESPN told him about his comment and then apologized through a series of tweets.

Who is Stephen A. Smith’s Wife?

Moving to his personal life, the ESPN TV personality is said to single and not married to any lady yet. He has put his personal and professional life separately but never revealed anything relating to his private life on the media. Maybe he doesn’t create any drama that effects his career as well as him.

Due to the lack of transparency, there is no information about his dating life and past relationships. Although he is mostly involved in controversies because of his statements or comments.

Two years ago, Smith talked about Ayesha Curry’s decision to tweet that NBA’s totally rigged after her husband, Stephen Curry. At the other hand, he compared Ayesha to  Savannah Brinson, LeBron’s wife via social media.

Ayesha then tweeted him asking why he compared Ayesha to Savannah. She wrote,

“@stephenasmith why are you putting two women against each other like that? You’re the one that’s out of pocket.”

Before giving his advice, he should probably consider his thought that the action you take will show the result whether it is bad or good.

He has a standard height of 6 feet 1 inch. He has back hair and dark brown eyes but his body measurement, shoe, and dress size are not revealed on the internet.

Being a TV personality, Stephen A. Smith is active on all over the social networking sites such as Facebook, Twitter, and Instagram where he has more than a million followers. He keeps updating his followers and the public by posting the latest sports news as well as celebrities gossips.

You have got to be kidding me! If you’re the Giants, you pass up on Haskins for a defensive ace. Not this: