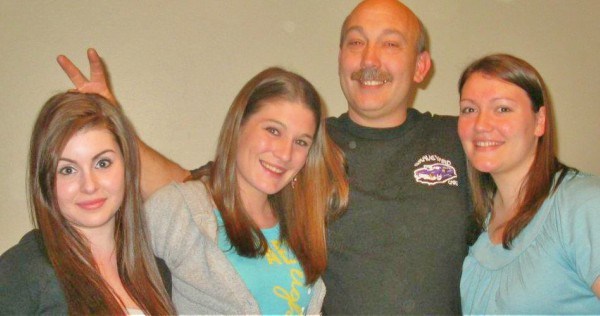 Royal Yoakum is an American TV star who came to fame, the reality show Graveyard Carz. Royal is a cast member of the show. He has starred in every season of the show. Yoakum is the best friend of Mark Worman, the founder of the show and owner of the garage where they work together.

Royal was born on 3rd September 1962 in Springfield Oregon. He is currently 55 years of age and lives in Veneta, Oregon.

Yoakum is an expert on Chrysler parts and American muscle cars. He has worked with cars since childhood and has lots of experience handling them. He is the primary brain behind the restoration of dead Mopar seen on Graveyard Carz. The name Royal Yoakum is famous among fellow technicians and car experts in and around Oregon.

Royal is a man of expertise including carpentry and other skills as well. He is referred to as Jack of All Trade as he performs everything related to cars. He is the leading maintenance man of the workshop.

Personality; Is Yoakum fun or boring?

Unlike other cast members who have a laugh and prank on each other, Royal has a quiet disposition. He likes to keep things to himself and stays out of the spotlight. Royal is more focused on resurrecting cars than making fun and dance around in the show. He is a fellow worker of Mark Worman at Welby’s Car Care in Springfield, Oregon. Welby’s Car Care is the place where all the dead cars are worked upon for weeks to create a brand new model of the late American muscle.

Royal Yoakum has a strong character when it comes to resurrecting cars from the dead. It takes courageous and hard work to build an American classic from scratch. Yoakum uses various technic to modify old car into Mopar cars.

Jack of all trades, Yoakum does a lot of things

Yoakum has excellent carpentry skills. He is a maintenance crew member in Eugene, Oregon for Bethel School District. His group of carpenters works different operating projects in the area. He received ACE award from the school for his impressive work in 2016.

Yoakum is a versatile worker and started as a cast of Graveyard Carz from the first season. Two original cast Josh Rose and Daren Kirkpatrick have left the show while Roya has stuck to his childhood buddy. Yoakum has also introduced a painter, Will Scott in the fifth season as a new face in the show.

Yoakum is currently single. He was married and got divorced, and information about his wife is unknown till date. Yoakum hasn’t shared details about his wife with the media. Yoakum is comfortable with his current lifestyle and doesn’t seem to be moving on with a new woman in his life.

Yoakum Royal is the father of three beautiful daughters.

The daughters are named Mackenzie Yoakum, Stephaine Yoakum, and Leeona Yoakum. All are grown-ups and follow individual careers. Stephaine and Leeona are both married.

Leeona has three children, one eldest girl, and two younger boys. Leeona is known as Leeona Cruz (Leeona Hopkins Gillette) after her marriage.

Stephaine, now Stephaine Yoakum-Canatsey has two boys who are also twins. She currently lives in Brackley, the United Kingdom with her husband.

Net Worth of Royal Yoakum

Royal Yoakum is involved in the Graveyard Carz show since the beginning. He has starred in every season of the show, and his worth has also grown accordingly. The exact details of his salary and income are still not known. He is also involved in various carpentry projects around Oregon.