Quad Webb Lunceford: Why She Divorced Her Husband Gregory Lunceford? 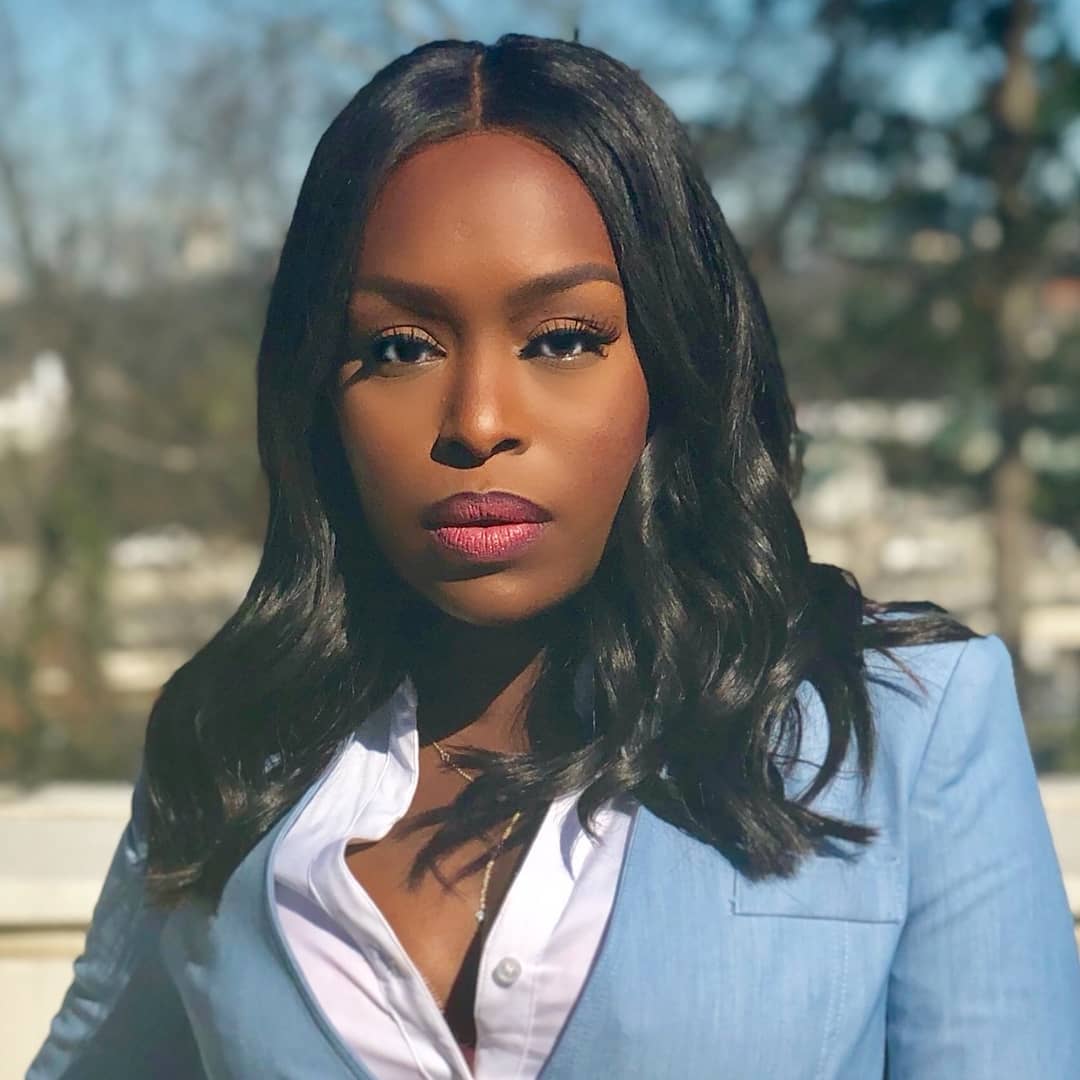 An American reality series ‘Married To Medicine’ that airs on Bravo TV which is about the lifestyle of seven women. Among them, one woman is Quad Webb-Lunceford who is more than just a pretty face with a sharp mind.

Quad is a TV personality, fashion icon, reputable business owner, and philanthropist married to renowned psychiatrist Dr. Gregory Lunceford from 2012 to 2018. She is popularly known as Andy Cohen’s obsession and the ‘Black Barbie’ who has won millions of hearts with her performance and charm.

Are you curious to know more about Quad Webb-Lunceford married and divorced life? Also, find the figure of Quad’s net worth, bio, husband, children, age, height, and family.

Quad Webb-Lunceford was married to a husband is Dr. Gregory Lunceford, a psychiatrist who is 13 years old senior to her. She met him at a grocery store.  The couple tied the knot in 2012 in a lavish and fairy-tale-like ceremony.

Quad never shy to flaunts her feelings for husband on the television as well as on the social media and often shared her persona; details relating to her husband and their relationship.

But unfortunately, something didn’t go well between them and has filed for divorce from Gregory on 1st May 2018 and their divorce was confirmed in the same year in September.

In August, Quad Webb-Lunceford husband clubbed with another woman in front of her. She told:

“I saw my husband last night dancing in the club with another woman in my motherf—ing face. Why would my husband do that to me?

However, the main reason for their split was not revealed to the date.

Quad Webb -Lunceford is a reality star where she appeared along with her family on Bravo’s television, ‘Married To Medicine’ in March 2013. She starred alongside Toya, Jacqueline,  Mariah Huq, and Simone.

The show is about socialite women in Atlanta that featured either doctor themselves or the wives of doctors. Cameras follow the ladies as they try to juggle their careers with family lives and their social calendars. Webb-Lunceford is known as Andy Cohen’s obsession. On the show, she is famous for being feisty and calls herself the “Black Barbie.”

Prior she joined the television, she worked as a medical sales representatives for more than 10 years. During the time, she called hospitals, endocrinologists, and physicians to write referral letters to her company so they could send working occupational therapists and nurses.

At the show, she explained that she shared her goals and was very happy with the opportunity. Moreover, she appeared on the talk show called ‘Sister Circle

The TV personality, Quad Webb-Lunceford’s net worth is $1.5 million.

Most of the wealth is attributed form her appearances on the reality shows including ‘Married To Medicine’and her business as well. Further, Webb is an avid animal lover and launched a clothing line called ‘Picture Perfect Cup.’

titled called ‘Romance on the Table’ that explained not only recipes but also dating and self-help tips.

“We’re cooking from the heart, we’re cooking to get to the stomachs of men so this book will definitely be for a lot of my single, young entrepreneurial females, and of course, alternative couples.”

Born in Memphis, Tennessee on May 13, 1980, Quad Webb-Lunceford’s age is 38. She holds an American nationality and belongs to African ethnicity.  As a kid, her parents aspired for her to be a doctor or a lawyer. Reported, she has come from a simple family and had to struggle a lot because of her financial condition.

After high school, she graduated with a degree in biology from Tennessee State University.

Webb-Lunceford has a huge number of followers on different social networking sites such as Twitter, Instagram, and Facebook. She often posts on her Instagram videos and pictures of different recipes and also gives fashion and lifestyle tips.

It's another segment of cooking with Miss Quad On the menu tonight we have my Shiitake mushroom and shrimp rice risotto partnered with grilled asparagus.? ? My cookbook: Cooking with Miss Quad; LIVE – LAUGH- LOVE and EAT is available for pre order on Amazon, Books A Million, Barnes & Noble and Indie Bound TAG A FRIEND and order your copy today #bonappetite #instafood #yummy #delicious #chefquad #mouthwatering #verybusy #shegotitshegotit ?