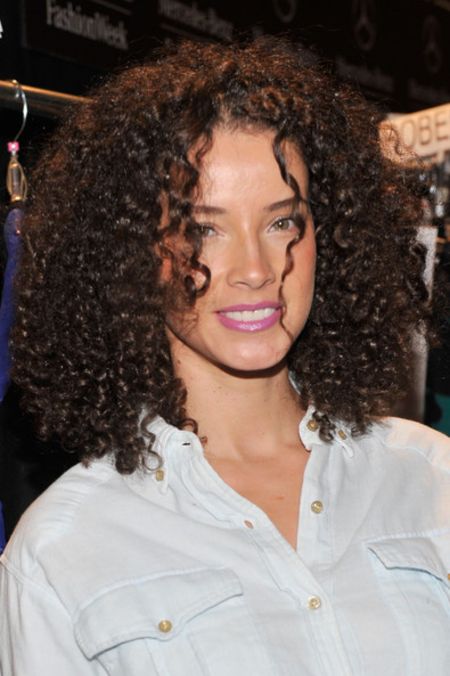 Porschla Coleman is widely popular being the wife of Jason Kidd, an American professional Basketball coach, and former NBA Player.

Coleman Kidd is also a great enthusiast who is devoted to acting and modeling. She has contributed her professional career with famous fashion brands such as Danskin, Rocawear, and Frederick’s of Hollywood.

Her public fame grew after her great marriage with Jason Kidd in 2011 and ever since she has been shining her grace as a TV personality in several TV shows.

Here, we will explore concerning details on Porschla Coleman about her child and husband as well as her career, read the following article.

Porschla Coleman Kidd is a multitalented personality who is a former actress and model from the United States. She is recognized as the co-host of “Hollywood Today Live.”

She gained her fame after her marriage with the famous former NBA player, Jason Kidd.

Porschla Coleman was born on July 12 in Van Nuys, Los Angeles, California, the U.S. Coleman is American by nationality and belongs to African-American ethnicity. Coleman’s birth sign is Cancer.

Highlighting her educational background, she attended Millikan Middle School, where she learned the program o Performing Arts Magnet. Later on, she registered at Hollywood High School.

Porschla Coleman started her career from an early age. She went to New York during the age of 17, where she commenced her acting and modeling career. She has very distinctive features of looks that blend perfectly with her smile.

Coleman is an independent lady with grace and charismatic beauty which landed her to many unique fashion brands like Danskin, Rocawear, and Frederick’s of Hollywood. She is better known for her appealing look in various Fashion exhibition and products.

However, her life-changing event occurred when she married to Jason Kidd, well known former NBA player and Coach. Before her marriage, she was first the winner of “Star Search” which groomed her public notoriety.

At present, she is already known as a singer, actress, model, dancer, and a TV host. Furthermore, she has also made her appearances in the Disney Channel Original Movie Pixel Perfect. Porschla has also depicted the role of Erica Willis on the United Paramount Network (UPN) series The Parkers.

Porschla Coleman has been a passionate and dedicated individual throughout her professional life. Furthermore, she has not received any prestigious awards till date.

From her decent career, Porchla Coleman has accumulated a good fortune projected around $1.7 million. However, she has yet to mention her current wage and salary per annum, which solely depends upon her recent endeavors and projects.

Giving an insight into Porschla Coleman’s love lie, she is a married man. She exchanged her wedding vows with former NBA player Jason Kidd.

Their marriage held on September 10, 2011. It has been already more than seven years of their married life.

Previously, she was romantically linked with Russell Simmons between the year of 2007 to 2008.

Recently there has not been any allegations and speculations regarding her personal and professional life. But previously she used to actively participate in several rumors and controversies which mostly focused on her relationships affairs with high profile celebrities.

Talking about Porschla’s body measurements, she has an average height of 5 feet 3 inch or 1.60 m. Her body type is slim and maintains a fit body.

The color of her hair is dark brown and has a pair of beautiful green color eyes.