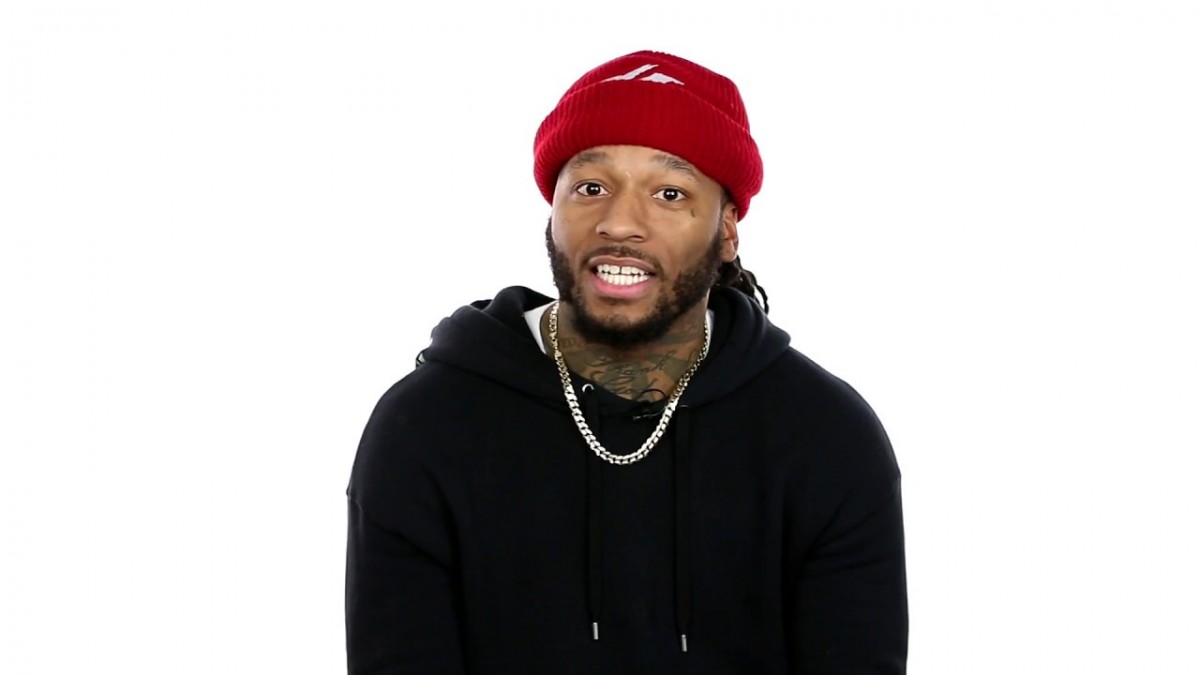 Montana of 300 or Montana is an American rapper and songwriter. He has released several mixtapes and albums. Montana also owns his own online store where you can find several items. Let us see about his bio, career, his four kids, online store, net worth and all.

Montana of 300 (actual name: Walter Anthony Bradford) who also goes by Montana, was born on March 3, 1987, in Chicago, Illinois, United States. Although the name of his parents is not known, both of them suffered from serious substance abuses. His father suffered from alcohol and his mother from crack cocaine. Montana also has five siblings, two brothers, and three sisters.

Montana of 300 is of 31 years old. He stands 5 feet and 9 inches tall and his weight is around 75 kg. Montana has many tattoos which cover most parts of his body. He has got tattoos is arms, chest, back and several other places.

Early Life of Montana of 300

Montana of 300 was always into music. Since his childhood, he listened to the artists like Tupac, DMX, Lil Wayne and Jay Z. And by the age of 15, he started rapping by himself. He and several other friends of his from high school, including Montelle Talley (Talley of 300) joined together to form a rap group 300. They formed the group in 2008. This name was inspired by the movie 300.

Montana of 300’s Mixtape and Albums

Montana of 300 released his debut mixtape on December 1, 2014, titled Cursed with a Blessing by Fly Guy Entertainment label. This mixtape included some popular songs which include Fuck Her Brains Out produced by Dami The Prince, Holy Ghost produced by Daquan and Ice Cream Truck by Jay Storm.

On December 2, 2015, Montana of 300 released another mixtape by collaborating with Talley of 300, entitled Gunz n Roses by TSO Records label. This tape’s staples included Mf’s Mad and FGE Cypher.

Montana of 300 released his debut studio album on May 20, 2016, Fire in the Church by Fly High Entertainment label. This album included 18 tracks, which featured his Fly Guy Entertainment labelmates and Kevin Gates. The album got praise from XXL magazine for its “heat-seeking bars and thought-provoking metaphors.” It even went to number 95 on the Billboard 200.

His next album was released on May 20, 2017, titled Don’t Doubt the God by Fly High Entertainment and E1 Music. The album charted at number four on Top Raps Albums and on number twenty-two on Top Independent Albums. Montana of 300 also released a compilation album on February 10, 2017, with his Fly Guy Entertainment labelmates, No Surrender No Retreat.

Pary for the Devil, his third studio album, was released on May 20, 2018, went up to number thirty-seven on Top Independent Albums. His fourth album, A Gun in the Teacher’s Desk was released on September 22, 2018.

Montana of 300 has also made an appearance in the television in one of the very popular shows, Empire in September 2015 as a cameo appearance.

Montana revealed through his official Instagram and Facebook that he has ended up in jail, however, he didn’t disclose the location of the jail he was in. This happened on May 17, 2017.

Is Montana of 300 married? how many kids does he have?

Montana is a father of four kid. One of his children is Tony Bradford. Tony is a sport loving boy and he loves playing basketball. Some has even said that one day Tony will end up in NBA if he keeps up his passion for basketball. And Montana as a good father supports his son.

His other three children are a son and two daughters. However, there is no any information about their age or anything. Also, Montana hasn’t disclosed the mother of any of his kids. We don’t know if all of his kids are from one mother or more than one. Also, there is no any dating history of Montana so that we can relate.

Montana of 300 Net worth

Montana has released several mixtapes and albums, he earned a great deal from his record label. Also, the songs have been streamed many times online and downloaded, from there Montana a good amount.

Montana of 300 has his own online store. You can find several items like hoodies, t-shirts, hats, shorts, joggers, his very own music CDs and many others. Click Here to visit.

Montana of 300 has gained many fans from his music career. He has 292k subscribers in his YouTube. His Instagram has 381k followers and his Twitter has 136k followers. Montana also has Facebook, where over 137k peoples are following him.

In his social media accounts, you can see him posting pictures of his kids, his online store items, himself, his concerts, meme posts and others.

“Out of all the men in the entire world, your feelings will always mean the most to your father. Therefore, I must raise you with a heart of balance and a mind of wisdom…by teaching you how to protect them both and how to stand firm during life’s dark chapters. Never be surprised or afraid when then come, because they will come. But no one gets all the shine and no one is spared the shade. Understand that you are the author of your own book, so make it a good and honorable one my Queen. Always carry yourself as so and know that your every move represents your kingdom, as well as your future creations. Remember your father’s words. I love you pretty baby.” – @montanaof300 #YoungQueens #BabyMontana | ?: @timdailey_