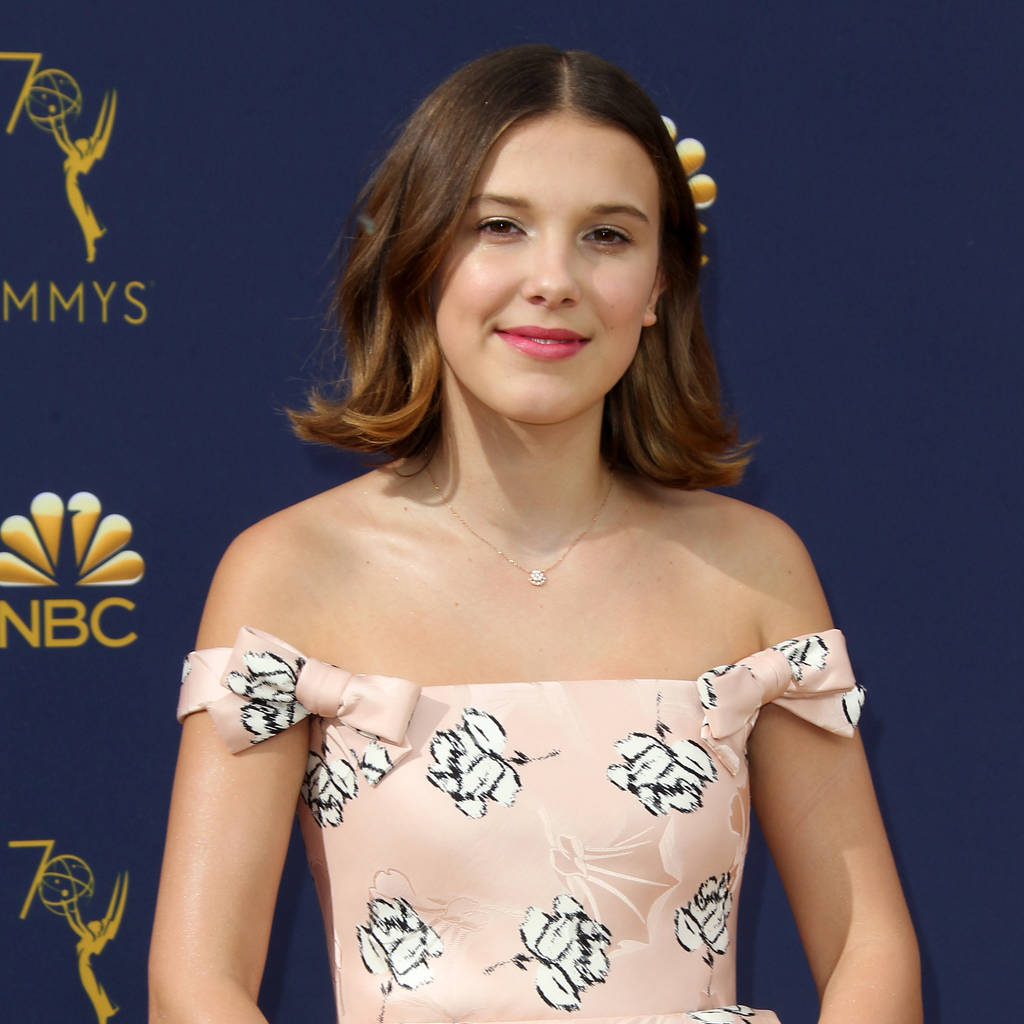 You definitely know Millie Bobby Brown as Eleven from the Netflix’s hit series “Stranger Things” who never have gone to acting school and taken a class.

From her net worth to her boyfriend and her relationship to Drake; here’s everything you need to know about the Spanish-British actress, Millie Bobby Brown.

Who is Millie Bobby Brown?

Her parents moved to Bournemouth, Dorset when she was four years old and then relocated to Orlando, Florida.

After some years, they moved to Los Angeles. Her parents sacrificed everything for Millie. The detail of her education is not available.

At the age of nine, she made her first debut as Alice in the ABC’s Once Upon a Time In Wonderland. Then, she bagged a lead character of Madison O’Donnell in BBC American paranormal drama-thriller series Intruders in 2014.

In that same year, she starred as Rachael Barnes in the episode of Parental Guidance Suggested in CBS network ‘NCIS.’ She then made her guest appearance on the ABC sitcom Modern Family and Grey’s Anatomy.

Millie Bobby Brown made her breakthrough as Eleven in the science fiction-horror web series Stranger Things in 2016. After the first season of the show became successful, the second of the show premiered in October 2017.

The third season is broadcasting on the Netflix channel.  Eleven is a young girl who has acquired psychokinetic powers as a result of some secret government experimentation program.

In 2018, Millie was cast in the adaption movie ‘Enoia Holmes Mysteries.’ She will make her debut in the Godzilla sequel Godzilla: King of the Monsters.

Currently, she is filming in the monster film Godzilla vs. King which scheduled to be released in 2020. In April 2018, Brown became the youngest person ever to be included in TIME magazine’s list of 100 most influential people in the world.

You must read about other Stranger Things’ casts: Gaten Matarazzo and Noah Schnapp

Millie Bobby Brown is a model and did modeling in numerous music videos. She has been in music videos such as Sigma ft. Birdy’s ‘Find You’ and The xx’s ‘I Dare You’.

In addition, she is also featured in the Maroon 5’s song Girl Like You which debuted at No. 1 on Billboard Hot 100.

In 2016, Brown did commercial advertisements for Citigroup. In January 2017, she modeled for Calvin Klein and later IMG Models signed her. The 14-year-old Stranger Star landed in the major fashion ad campaign with Italian brand Moncler in mid-1028.

#Moncler officially welcomes @milliebobbybrown into the family. After attending the #MonclerGenius launch in February, the brand decided to strengthen their relationship with Millie, and has announced that she will be part of the brand’s next institutional campaign. _ #monclerfriends #milliebobbybrown

Keep being a fashionista, Millie! We love it!

What is Millie Bobby Brown’s Net Worth?

Like other celebrity, Millie Bobby earns a pretty penny from Netflix’s hit show Stranger Thing. Millie Bobby Brown’s estimated net worth to be $4 million. She earned $30,000 per episode in season 1 and 2 of Stranger Things, After the success of the show, the cast renegotiated the contract to increased their salary for the upcoming season.

According to The Hollywood Reporter, the show’s casts renewed their contract to earn $250,000 per episode but Brown separately renewed her contract from the rest of her peers.

Other than that, Brown has played numerous movies over the years. She featured in the movie Godzilla: King of the Monsters and was paid about $1 million for her role. Then Millie returned as Madison for the next film in the Godzilla franchise, Godzilla vs. King.

Further to speak about her net worth, she earns extra money from modeling and endorsement deals with enormous brands including Moncler, Clavin Klein, Converse, and more.

Yes, she is. Millie Instagram’s username is @milliebobbybrown. She’s on Twitter and Facebook too! Also, you can find her on Snapchat as milliebrown but she rarely uses it.

Visit her Instagram where you will find her posting Instagram stories as well as her latest works. She also endorsed the different products and fashion line via her IG account. 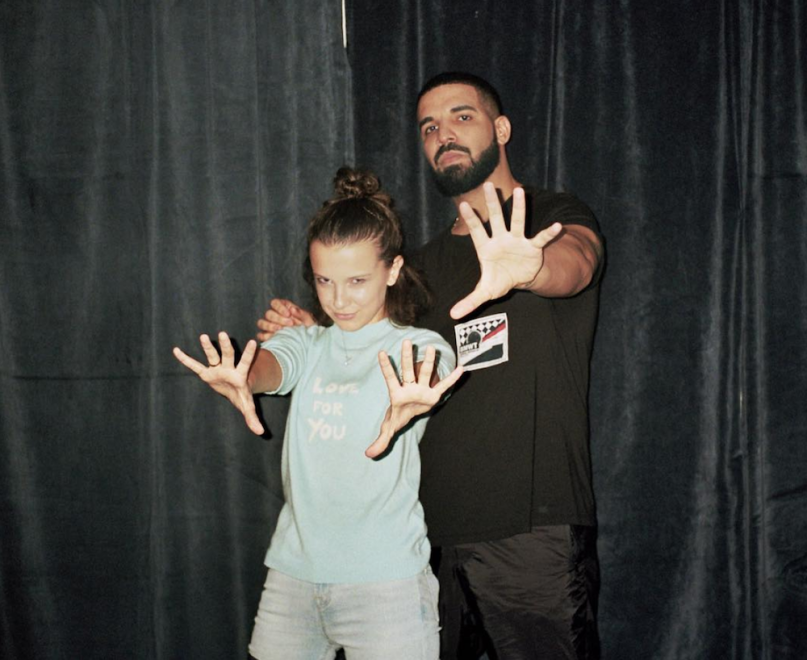 The Teen actress told Access Hollywood about her and Drake’s friendship. She said,

The 31-years-old Canadian singer helped Millie giving advice about boys. When she was asked what type of advice he gave her about boys, she said that “Stays in the text messages.”

Now, you want to curious about how they met and their relationship?

Millie met Drake for the first time at his concert in Australia. The two posed together and shared their picture on her Instagram which went viral all over the social sites.

“Why u gotta make a lovely friendship ur headline? U guys are weird… for real.”

In late 2017, rumored to be around that Brown was dating the YouTube sensation, Jacob Sartorius who rose fame through popular clips posted on a lip-synced app, Tik Tok. Back in 2018, the two young stars confirmed their relationship with sweet messages to each other via Instagram on Valentine’s Day.

But the young couple has parted ways after a few months in July 2018. Also, there was rumored that Jacob cheated on Millie and later she deleted all their photos on from her Instagram. On her IG, she wrote,

“The decision was Jacob and I was completely mutual. We are both happy and remaining friends.”

What is Millie Bobby Brown’s height?

The young actress had dark brown hair. talking about her body measurement, her bust, waist and hip sizes are 33-24-24 and wears a 32B size bra. Her shoe size is 6.