Home » Uncategorized » Mel B: What Is Her Real Name? Is She Single, Dating Or Already Married? 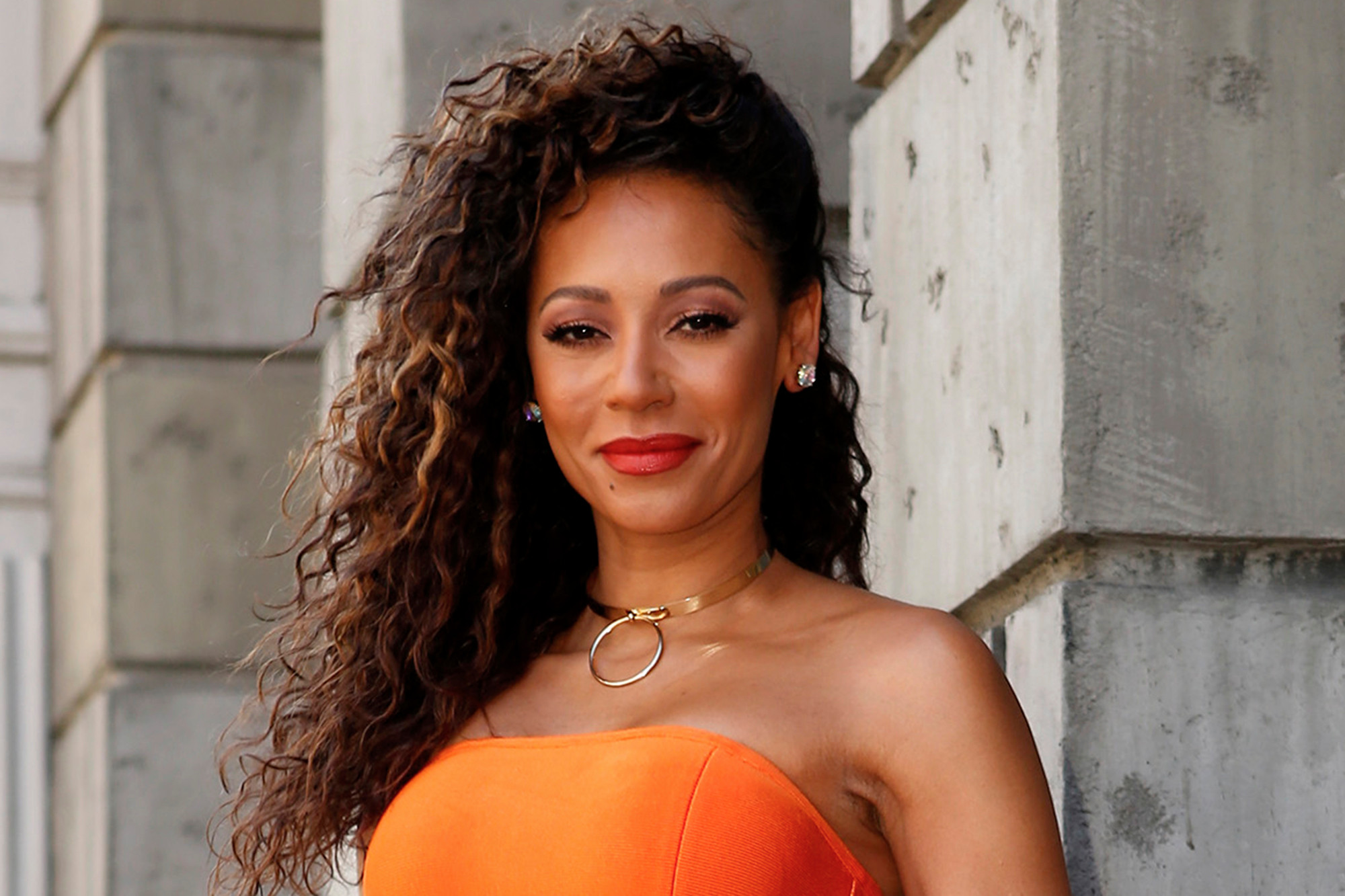 Among many renowned performers in British, Melanie Brown is certainly one of the most popular names. Mel B popular know as Scary Spice who is a dancer, singer, songwriter, actress, and model.

She rose to prominence in the ’90s after she worked with the British girl band called ‘Spice Girls.’ She separated from Spice Girls to focused on her solo career but her albums didn’t succeed as her group albums. She ended her marriage after 10 years with her second husband, claiming to be a victim of domestic violence.

The Spice Girls Mel B’s fans have a question that is she single or dating someone? What is her current relationship status? To know the unknown facts of her, keep reading.

Real name; Melanie Janine Brown, also known as “Scary Spice,” was born on May 29, 1975, in Harehills, Leeds, England to Andrea and Martin Brown. She was raised in Burley, Leeds. She holds an American nationality and belongs to mixed ethnicity.

Brown studied performing arts at Intake High School in Leeds before she went on to the entertainment industry. Her very first job was a dancer in Blackpool, Lancashire. Then she teamed up with a band named ‘Touch’ and began her musical journey.

After responding to an advertisement in The Stage magazine, she started off her music career. in the audition, she sang a song Greatest Love of All and chose along with Geri Halliwell, Victoria Beckham, Melaine Chisholm, and Emma Bunton and became a member of the Spice Girls.

In 1995, the girl band Spice Girls signed a contract with Virgin Records and released their first studio album Spice in 1996 which became No. 1 hit and was certified Multi-Platinum. In total, the album sold over 23 million copies and became the biggest-selling album by a girl group.

The albums include hit singles; Wannabe, Say You’ll Be There, 2 Become 1, Who Do You Think You Are and Mama. Following that year, the group released another album Spiceworld, and their first two singles Spice Up Your Life and Too Much.

The group part in the late ’90s to pursue their career in other fields, reunited for a series of concerts in 2007 and 2008. Again, in 2012, the Spice Girls reunited to announced their a new musical about the rise and fall of the girl group, Viva Forever!. Prior that, The Spice Girls performed at the closing ceremony of the 2012 Summer Olympics Games in London.

In the earlier year, Mel B admitted that all member of the Spice Girls were invited to May 19th Royal Wedding of Prince Harry and Meghan Markle. In 1999, she had worked with producers such as Sisqó, Teddy Riley, and Jimmy Jam and Terry Lewis. The third and final album of the girl band Forever was released in 2000 including lead singles; Holler and Let Love Lead the Way.

She parted from the Spice Girls to began a solo career and released her debut Hot in 2000 but was not as successful as her albums with the Spice Girls. The hit singles; I Want You Back, Tell Me, Lullaby, and Feel So Good. Her first solo single I Want You Back peaked at number-one in the UK Singles Chart.

Her second album, L.A. State of Mind, was released in 2005 and included the single Today. The album did not reach the top 100 of the UK Albums Chart, was considered a flop.

Outside from music, Mel B tried her luck in the film industry. She made her first appearance as Amy Nelson in the TV series Coronation Street in 1993. In 1997, she starred as Scary Spice in the British musical comedy film Spice World.

Then she continued her acting career, playing various characters in several movies and televisions as Pure Naughty, Voodoo Princess, LD 50 Lethal Dose, The Seat Filler and so on. She landed in the lead role as Claire McAdams in the Tv series Burn It in 2003 and also made her theater debut with The Vagina Monologues in London.

Then Mel B went on to start as Mimi in the Broadway musical Rent. The actress also voiced the character of Fury in 2014 UK version movie Tinker Bell and the Legend of the NeverBeast

Additionally, she hosted the television shows; This Is My Moment, Top of the Pops, Access Hollywood, Dancing With the Stars and the Australian version of The X Factor.

Back in 2013, Mel B became the judge of America’s Got Talent, joining Howie Mandel, Howard Stern and Heidi Klum on the judges’ panel.

The actress makes a large amount of money from her music sales and her appearance on several movies and televisions.

Mel B Relationship with Paul Wilson

Is Spice Girls member, Mel B in love again? Mel B is very secretive and subtle about her romance and isn’t telling anyone…Nah, we are just kidding.

The Scary Spice actress finds her perfect match on exclusive celebrity dating app Raya — just a few weeks after she confessed to secretly bedding her bandmate. She posted her pictured of herself with a hearts floating around her head and captioned it,

“The way he makes me laugh and smile gives me butterflies beyond belief.”

The couple spotted in Los Angeles and before she went on a tour with the Spice Girls in less than five weeks. According to The Sun,

“Mel is making the most of being single and is finally in a good place to have a bit of fun after a horrible couple of years dealing with her divorce from Stephen Belafonte.”

‘She’s signed up to a few dating apps to meet new people outside her circle when she matched with Paul.’

However, Paul is not her type but she thought he e and was cute and also, he felt the same. The two has been on a few dates. Mel B and Snow Patrol bassist Paul met on the tour in the USA.

When she went to London to join Geri, Mel C and Emma Bunton for the reunion tour rehearsals ahead of their first date in Dublin on May 24. She revealed that she had once sex with Geri during their Spice Girls days in a yet-to-be-aired interview on Piers Morgan’s Life Stories.

Mel B is a divorced woman and also romantically linked up several handsome hunks in the past. The Hot singer was married twice in her life. She is successful in her profession but didn’t balance the marriage and failed one after another.

Brown married to her first husband, Jimmy Gulzar who is a Dutch dancer. They first met on the Spiceworld Tour in 1998 and soon, began dating each other. After dating for a short time, the pair engaged on May 13, 1998, and became pregnant in June and got married in September 1998, in Little Marlow, Buckinghamshire.

Then she changed her stage name to Melaine G. Unfortunately, their marriage lasted till 2000. Then she began dating actor Max Beesley until 2002.

Mel B walked on the aisle with Stephen Belafonte on June 6, 2007, in Las Vegas, Nevada. The couple married secretly that year. A year later, Brown and Stephen renewed their wedding vows in front of family and close friends on November 8, 2008, in Hurghada, Egypt.

Like other celebrities couples, Brown and Stephen ended their marriage after being married for a decade. The Today singer filed for divorce from her second husband, accusing Belafonte physically abused her. Though they had separated in December 2016. The divorced became finalized on 15 December 2017.

Before Belafonte, Melaine was in a relationship with film producer Christine Crokos from 2002 to 2006. During the time, Brown and Crokos lived together in Los Angeles, California.

How many children does Mel B have?

Mel B is the mother of three children. She has two daughters and a son born from her previous relationship. She gave birth to her first child, a daughter named Phoenix Chi Gulzar on 19 February 1999.  After the divorced from Gulzar, she filed her daughter’s custody and won the battle and paid an alimony settlement of $2.8 million to Jimmy.

During her relationship with actor Eddie Murphy, she welcomed her second child, Angel Iris Murphy Brown on 3 April 2007. But in early December 2006, she and Murphy apart their ways.

She blessed with her child, daughter Madison Brown Belafonte on September 1st, 2011 who was born from her second marriage. On 18 December 2014, the singer revealed had been blinded one eye after a botched laser eye surgery 15 years prior.

She has officially joined the spice girls