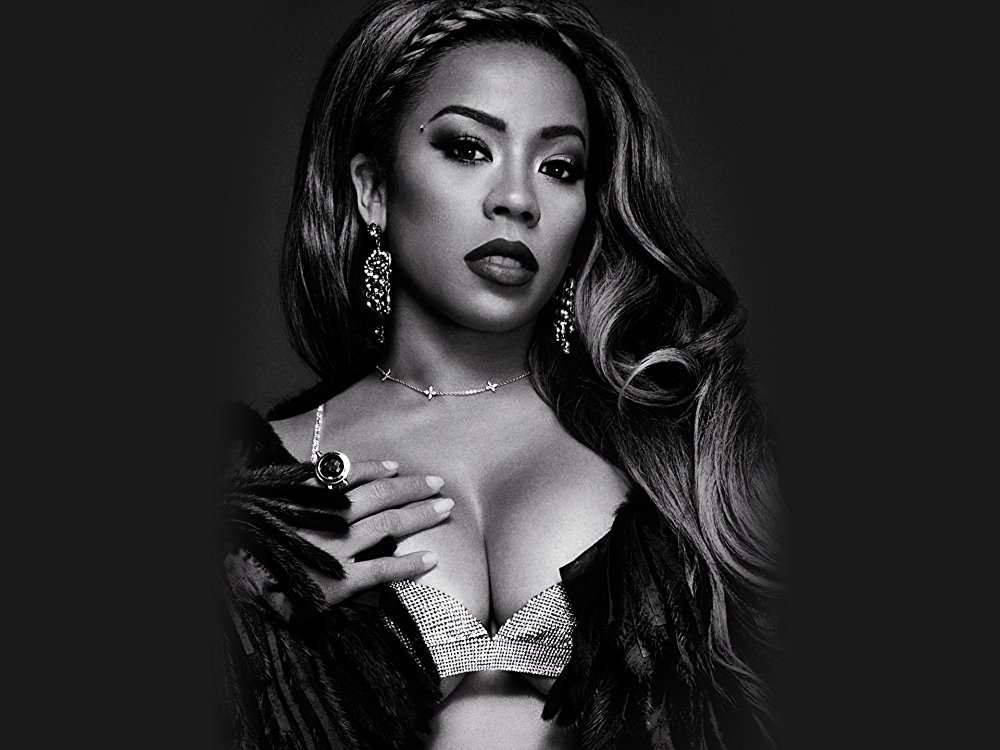 Super talented Singer cum Record producer Keyshia Cole has made a name for herself with songs like ‘Just Like You and Heaven Sent.’ Before she was a teenager, she started singing. Cole also expanded from singing to trying other things like acting and business. Keyshia may not have reached the status of Beyonce or Alicia Keys with millions of copies of her albums sold, but she has got her place. Also, she is a businesswoman, and television personality who has three platinum ranked album in her pocket and even an amazing mother. So let us know everything about Keyshia, her birth, family, career, records, net worth and all.

Cole met her biological father for the first time in 2016 after a paternity test confirmed their relationship. Keyshia was adopted at age two by family friends Leon and Yvonne Cole, changing her last name to Cole.

Apart from her parents, she also has two siblings,  Neffeteria Pugh, and Sean Cole.

Keyshia began her career at a young age of 12 when she met MC Hammer, an American hip-hop recording artist, dancer, record producer, and entrepreneur. She moved to Los Angeles when she was only 18 to pursue her career in music.

Late Keyshia was introduced to A&M Records and released her debut album The Way It is in 2005, June 21. Her debut album has five singles, Never, I Changed My Mind, (I Just Want It) To Be Over, I Should Have Cheated, and Love.

Her first album got certified as gold within 17 weeks of its release, and after eight weeks it was platinum. The album stayed on the charts for over a year, selling over 1.6 million copies.

On September 25, 2007, Keyshia released her second album Just Like You from Geffen Records. This album debuted and peaked at number two on Billboard 200.

It was certified platinum and sold 1.7 million copies in the US.  Cole received a variety of nominations for the album, including four Grammys, Best Contemporary R&B Album, and Best Rap/Sung Collaboration at the 2008 Grammy Awards and Best Female R&B Vocal Performance and Best R&B Song at the 2009 Grammy Awards.

Then on December 16, 2008, Keyshia released her third album A Different Me, which debuted at number two on the Billboard 200 with first-week sales of 322,000, the highest of Cole’s career. It was certified platinum.

Her fourth album was Calling All Hearts, which was released on December 21, 2010. The album debuted and peaked at number nine on the Billboard 200, with first-week sales of 129,000.

Keyshia was also featured in television shows. Her reality shows Keyshia Cole: The Way It Is which aired on BET from 2006 until 2008, which focused on Cole’s career and family life with her biological mother and sister.

Keyshia began dating former NBA player Daniel Gibson. The couple hit the spark and was engaged on January 1, 2010. Keyshia and Daniel wanted to extend their small family and welcomed a new member home on March 2.

The couple named their baby boy, Daniel Hiram Gibson, Jr. and about one and half month of giving birth to their son, the couple got married on May 21, 2011.

Now, Keyshia is dating Niko Khale, a rapper. And it looks like they are expecting their first child together as they celebrated this fourth of July together.

Keyshia Cole and her long term boyfriend Niko Khale are expecting a baby boy as they seem to be genuinely in love with each other. Keyshia Cole uploaded a photo on Instagram of her belly bump, along with a few show announcements as well. She wrote,

Went to Catalina island Last weekend. Had such a good time!!!! Surrounded by Loooooooooove❤️ Just enjoying good times and GREAT VIBES ???????? I have a few shows coming up next weekend, DETROIT, MIAMI, ????#MOTHERSDay is coming ???? I’m ready for ALL THE Love and GREAT ENERGY ????

Keyshia Cole has been part of numerous controversies in her career. In 2014, after allegedly assaulting a woman, she faced a lawsuit.

Also, due to her photo, she shared on Instagram in 2014, she was also charged with ‘condoning racism.’ There are currently no rumors about her life and career.

Her primary source is a singing career. Cole has so far released seven albums. Her wealth is mostly contributed fro albums, royalty, television shows, and her music tours.

She has also made guest appearances in other TV shows and movies. That way, she has managed to accumulate wealth.

Keyshia lives in an Alpharetta house which she bought in 2006 in Alpharetta, Georgia and its cost is $8,27,000.She also owns a luxurious Mercedes Benz which worth is $210,800.

Keyshia is a huge fan of shoes; her shoe closet cost more than $1000 of dollars. Keyshia also owns bag collection, super expensive diamond jewelry and diamond-studded watches which are worth thousands of dollars.

She also owns her shoe line which supports her wealth by earning thousands of dollars.

Also, she has over 5.6 M followers on Instagram. Similarly, her Facebook page has more than 8 M followers.