Home » Uncategorized » Karlie Kloss: Who Is She Married to? Know Her Age, Net Worth & More

Karlie Kloss: Who Is She Married to? Know Her Age, Net Worth & More 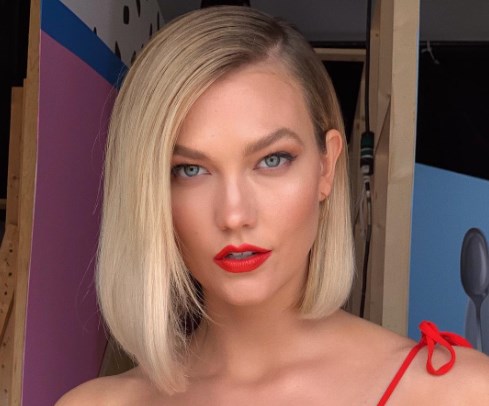 Karlie Kloss is one of the most top supermodels on the planet, however, she revealed her career almost came crashing down after she went on birth control and put on weight.

The  26-year-old started off her career when she was 15-year-old and walked down on the runway for Victoria Secret Model from 2013 to 2015. The model told Vogue that she began taking birth control and her body size became more womanly—hips and thighs showed up that she went from a size 0 to a size 4/6.

What is Karlie Kloss’s real name?

American model, Karlie Elizabeth Kloss was born on  August 3, 1992, in Chicago, Illinois, where she lived for three years before the family relocated to St Louis, Missouri in 1994. Her father is an emergency room doctor and her mother is an artist. Kloss has three sisters.

in 2002, Kloss took the training of classical ballet at Caston’s Ballet Academy. Though she has enough height which led her to succeed as a model. Karlie told Vogue that ballet training helped her a lot. She could have done to prepare herself for her career, knowing the about the movement, rhythm, body, and muscles.

Moving on to her education, she studied at Webster Groves Hgh School in Webster Groves, Missouri. Then she enrolled in the Gallatin School of Individualized Study of New York University in 2015.

The young charming Karlie discovered herself in the fashion industry at the age of 14, posing for a cover for June issue of Scence Magazine and editorial spread titled  Almost Famous in Chicago. This led to signing a contract with Abercrombie Kids and the legendary fashion photographer Bruce Weber shot her photographs for the brand’s ad campaign.

In late 2006, Elite NY signed a deal with her and by January 2008 she left Elite and signed with Next Model Management. Prior that, In February 2008, she featured along with Chanel Iman and Ali Michael on the cover page of ‘Teen Vogue’ magazine. The following year, Kloss appeared on the cover of the Italian edition of Vogue.

For a third consecutive 2011 season, she became a regular model for the international fashion house called ‘Christian Dior.’ Then Kloss worked for four years with NMM and later signed by IMG Models In the year of 2012, she featured on the September covers of Japanese Vogue, Harper’s Bazaar Russia, British Vogue, andNuméro.

Following that year, she has appeared in campaigns for ‘Donna Karan,’ ‘Nike,’ ‘Jean Paul Gaultier,’ and ‘Lancaster.’ By September 2014, she was signed by ‘L’Oreal Paris’ to promote the French personal care company’s range of products.

Moreover, Karlie represented most of the leading fashion brands including Addidas and modeled for big names designers and luxury brands like John Galliano, Pringle of Scotland, Hermes, Dolce & Gabbana and many more.

The Vogue magazine inducted her one of the top 30 models of the 2000s and also, represents the modeling fashion website ‘the gold standard’ due to her modeling profession.

Karlie Kloss’s estimated net worth is said to be around $20 million.

She has been working as a model in the glamorous industry for more than a decade. She makes a decent salary of around $9 million annually. She accumulated her worth from different sources such as modeling, photoshoots, endorsement deals and so on.

She has created a line of denim wear collaborating with the clothing brand, Frame Denim.

Supermodel Karlie Kloss is married to her long-term boyfriend Joshua Kushner who is an entrepreneur and investor on October 18, 2018, in upstate New York. Prior to marriage, they dated each other for six years. The wedding ceremony was attended less than 80 guests where the duo walked down the aisle in a custom Dior gown.

The Kushners is known as one of the wealthiest families that have close connections with Donal Trump. Currently, she is enjoying a blissful marriage with her husband and even shares pictures of them on her Instagram.

Karlie Kloss’s fans eager to know why her BBF didn’t attend her wedding?

Karlie is befriended with Love Story singer Taylor Swift. She even appeared as Knockout in Swift’s music videos Bad Blood in May 2015. Both BFF appeared together in March 2015 cover of Vogue. Look What You Made Me Do singer wasn’t at Kloss’s special day, that because she was on tour in Australia.

She is also a close friend of filmmaker Casey Neistat.

Karlie is considered to be one of the top 50 models, according to modeling.com. She boasts impressive followers of 8.1 million on Instagram.