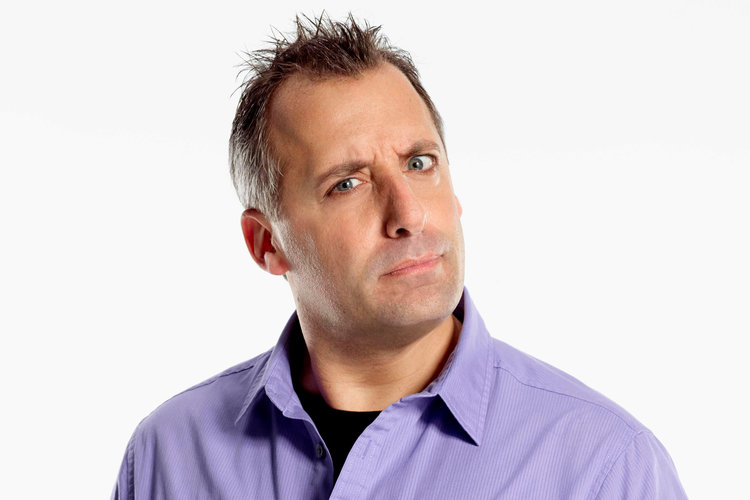 There is nothing so irresistibly contagious in the world as laughter and good humor, and everyone likes a person who makes them laugh; Joe Gatto, one of the members of the Tenderloins troupe known for the show, Impractical Jokers.

Joe Gatto is an American improvisational comedian, who got in the limelight after being cast in Impractical Jokers. Gatto is also one of the founders of The Tenderloins, an American troupe.

Joe is now a happily married man with his two kids. Let us see the story of Joe, his bio, career, his rise to the limelight and all.

Joe went to Monsignor Farrell High School. Later he went to Long Island Post University where he earned his degree in Accounting. In an interview, Joe said,

“To be honest, the only reason why I ever got an accounting degree is that my father said every company needs an accountant and you can work anywhere and I was also really good at math.“

Joe Gatto is of 43 years old as of 2019. He is 5 feet and 10 inches tall and weighs about 173lbs or 78 kg. Joseph Anthony Gatto is of mixed ethnicity as his family is descendants of Italian ancestry and he often takes pride in his large extended family in Italy.

The film is an inner monolog of what girls and guys think when they date. The film became successful which encouraged him, even more, to go in the entertainment field.

After his long amount of time and energy, he spent in networking in the industry; he finally packed his bag to go to Los Angeles to pursue his career.

Joe has made a promise to his mother, that he would try for three years to establish himself as a screenwriter and he would return home if he failed. His family was highly skeptical, yet they supported him.

He co-founded The Tenderloins, an American troupe, in 1999, along with James Murray, Sal Vulcano, and Brian Quinn, the four of them started doing comedy and gradually earned fame in various social networking platforms like YouTube, Metacafe

After all their hard work and the spirit, Joe and his friends were cast in Impractical Jokers

, by TruTV. The show first got premiered on December 15, 2011, on TruTV and NorthSouth Productions produced it.

Impractical Jokers is different than other prank television because the Impractical Jokers stars didn’t know the details of the prank until the moment they performed on strangers. This reality series has run for seven seasons with 177 episodes and 29 special episodes.

Further, on 7 March 2018, TruTV declared that the show would be renewed for an eighth season that will have 26 episodes, and later, on 11 February 2019, it was announced that the series would premiere on 28 March 2019.

Also, TruTV approved an Impractical Jokers feature-length movie is planned, which began filming in April 2018 and is expected to premiere in 2019.

Impractical Jokers gave Joe name and fame. With his humor and laugh, he was always meant to be where he is now not in some company, sitting on a desk and pressing the keys in the calculator.

When Joe and his first starred in the Impractical Jokers, their salary was around $1000. But now that this reality series has gone to a different level, the cast’s salary has increased too. However, the exact figure of salary is not available; Joe probably takes thousands per episode.

Joe Gatto is married to his long-time girlfriend Bessy. The couple shared their vows in September 2013. Together, they have two children. Their firstborn was a baby girl, who was born on May 7, 2015, nearly after two years of their marriage. They named her Milana Francis Gatto.

Their second one is a boy, Remington Joseph, who was born on July 21, 2017. Joe and his wife, Bessy is a happily married couple, blessed with two beautiful babies.

Joe has 1 million followers on his official Instagram page. His Twitter has 1.01 million followers, and his Facebook has over 707k followers. Joe mostly posts pictures of his daughter, son, his dogs, his fans, wife, and quotes.