Home » Uncategorized » Jeff “Azn” Bonnett: Is He Single Or Married? Know His Net Worth, Bio, Cars

Jeff “Azn” Bonnett: Is He Single Or Married? Know His Net Worth, Bio, Cars 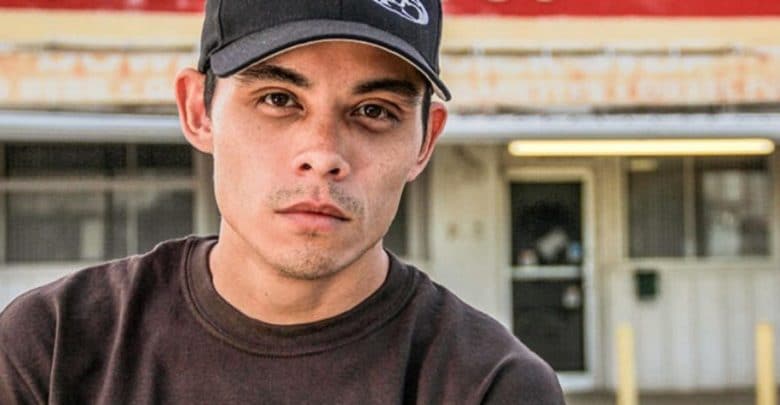 Jeff Bonnett aka AZN has always been the right hand of Farmtruck for the past few years and won several races. But since the earlier year, he has been looking to get behind the wheel of his own ride.

Jeff rose to fame after he has appeared as a cast member of the Discovery Channel TV series ‘Street Outlaws.’ Here, we are about Jeff’s net worth, age and dating life. Also, have a look at his motor.

Who is Jeff Bonnett?

Everyone knows the Street Outlaws cast member, Jeff Bonnett aka AZN who is hailed from Oklahoma and has passed eighth grade. He is Christina and he is a close friend of Farmtruck, currently, working as a team together. The exact date of birth and year of Jeff is not known.

Jeff bought his first car 1964 Chevy II Nova at $2800 and promised with his father that he paid back all the money to him. So he created a job to pay the money of the car which he father bought for him. He worked as a painter and collected the money so that he could give it to his father.

“What my dad did is he basically said, ‘Hey, I’ll be your bank, and I will loan you the money.’ He loaned me the money, and I had to pay him back every single month like I would a bank.”

After Jeff raced in several street car racing, he finally decided to appear on the Discovery Channel’s reality show called ‘Stree Outlaws’ which the first season premiered on Street Outlaws. The show renewed for a thirteenth season which will be premiered on Monday, April 1, 2019.

AZN and Farmtruck appeared in the season on the TV show ‘Street Outlaws’ in which they competed against racer Kaufman. Jeff aka AZN felt that the show offers viewers a different perspective as a car show on television and about the Street Outlaws, he stated that he believed that the show has added something to the car business which has been missing for a long time.

He added that people never think about cars and even don’t wish to care about the cars that the show presented on the televisions and the vehicles on it.

“I think that the show has been successful because of the fact that it’s just a multifaceted version of the car life that we live, and it documents a little bit of who we are, what we do, and our competitive nature.”

“So the show has really taken the automotive industry and presented it to people that would’ve normally never even researched it. It’s been a huge blessing to everybody involved. It’s created a large dust storm that nobody can avoid. Street Outlaws has become a household name, and we’re extremely thankful for it.”

AZN seems racings together with Farmtruck in the beginning but since February 2018, he has been racing with a 1966 VW Bug ‘The Dung Beetle’ on the show. AZn earns a considerable amount from the show but his salary remains a matter of evaluation.

Additionally, AZN and Farmtruck run a joined website that sells apparel, caps, decals, and accessories.  If you want any items then visit ob their site. Also, the site has a blog and downloadable racing game for fans of the show!

Does Jeff Bonnett have a girlfriend?

Jeff is unmarried yet and keeps his personal life a low profile. Looking at his Instagram page, we haven’t found any clues that could prove, he is dating a girlfriend. No doubt, the reality star has garnered lots of fans on his social pages. So many of his fans are speculating that he may be gay and dating his boyfriend.