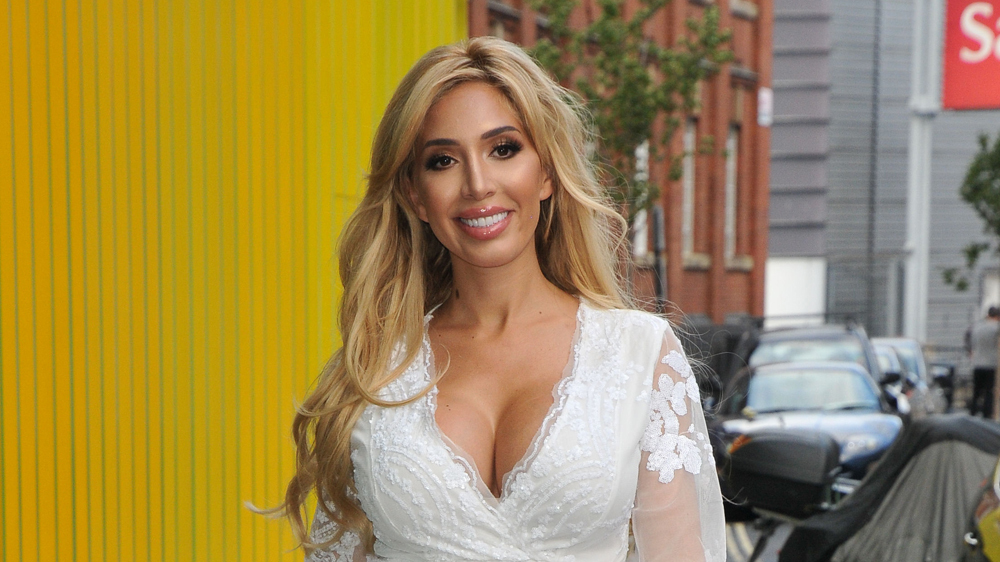 If you are looking forward to a television personality with a loud mouth and controversial character, then no other person tops the list like MTV’s 16 and pregnant and teen mom star Farrah Abraham. She is a multiracial American actress, singer, and businesswoman who came to prominence with her feature on the TV Shows in 2009 and the spin-off Teen Mom. Eventually, she has been cast in various other reality TV shows. She has also bagged a degree in Culinary Arts and Management and owns her own food business; clothing lines as well as s*x toys merchandises.

Farrah Abraham (full name: Farrah Lynn Abraham) was born May 31, 199,1 in Omaha, Nebraska. Her parents are Michael Abraham and Debra Danielsen. Her father is of Syrian and Italian descent, and her mother is of Danish and Sicilian ancestry.

Farrah grew up in Council Bluffs, Iowa. Her parent got divorced and separated. Her mother got re-married in 2017 to Dr. David Merz.

Farrah Abraham rose to fame when she got selected to appear on the MTV show, 16 and Pregnant, a reality series that aimed to document the lives of pregnant teenagers across the United States in 2008 when she was 17 years old.

Her pregnancy caused issues between her and her mother, Debra Danielsen, with Danielsen calling her daughter a wh*re and preventing her from obtaining an abortion, and, being pregnant, Abraham was forced to discontinue her cheerleading.

Furthermore, during filming, Derek Underwood, the father of her child, died in a car accident.

Abraham gave birth to the couple’s child, a daughter named Sophia Laurent Abraham, on February 23, 2009. Abraham’s episode of 16 and Pregnant aired in 2009.

Farrah later got part in the spin-off series Teen Mom along with Maci Bookout, Catelynn Lowell and Amber Portwood which was premiered on December 8, 2009.

She appeared in the series in each of its four seasons until its conclusion in 2012, August 29. Farrah also attended Art Institute of Fort Lauderdale in Florida in 2011, where she got an associate degree in culinary arts and management.

Later on, launched the Mom & Me pasta sauce line.

The book chronicles her teenage pregnancy and the problems faced during the time, including her drug use, the arrest of her father, and the death of her daughter’s father, Derek Underwood.

Farrah was also cast in the fourth season of Couples Therapy in January 2014. But, Brian Dawe, who was to be with Farrah in the show as a couple did not appear in the show claiming that Farrah hired him to perform as her on-screen boyfriend.

She consequently became the only cast member in the series’ history to continue therapy without a partner and was refocused on repairing her relationship with her mother.

Farrah also appeared in the TV special Being Farrah, which acted as a continuation of Teen Mom‘s other cast; Bookout, Lowell, and Portwood.

Their successes prompted MTV to consider reviving the series without Abraham, who the other women were concerned was an inappropriate influence on their children.

Farrah then went to the music industry releasing her song Blowin and its music video. On August 27, 2015, Abraham entered the Celebrity Big Brother house representing the United States. On September 18, she became the fifth housemate to be evicted.

Farrah Abraham has a long list of boyfriends from the past. She dated Derek Underwood from 2006 to 2008. Farrah, then dated Daniel Alvarez from 2010 to 2011.

Now talking about her current relationship, she confirmed that she had a new boyfriend, stuntman Aden Stay, on March 2. Five days later, and they’ve already called it quits!

Farrah Abraham is a single mother of her 9-year-old daughter, Sophia, whose father, Derek Underwood, died in a car accident.

Feelin like an OG ❤️? with the best date ever, The reason I work hard and am the best human being I can be for @sophialabraham we’ve accomplished so much and thank you to @MTV for showing us how special and wonderful our Mother/Daughter journey is. Wanted to give thanks to some amazing men who always have us looking amazing & lifting women up @miguelmataglamhair thank you for mother/daughter hairstyles & thank you @paintedbyspencer for beyond amazing makeup! Shop the @sophialabraham glam dress look @sophialaurentchildrensboutique http://sophialaurentcb.com/white-tulle-flowergirl-dress/ #redcarpet #mtvmovieawards #sophiaabraham #farrahabraham #fashion #tux #tuxedo #2018 #instagram #teenmom #OG #makeup #beauty #truestory #reality #tv #movies #awards #farrahabraham #sophiaabraham #winning #ilovemylife #hardwork #blessed

Net worth Of Farrah Abraham

Apart from her television series, Farrah also released her sex tape videos which brought her good money of around $1 million. During her series in MTV,  she charged $30,000+ per episode.
Her wealth is mostly from promotions and branding/marketing deals — and via those deals, she has earned several times that $1 million.
Additionally, she makes about $12,000 per episode for each of her new nude videos on CamSoda.

Farrah Abraham has net worth of over $2-3 million.

Also, she has authored a book, released an album, and even has her line of pasta sauce. Additionally, in 2018, she significantly increased her net worth by creating her line of sex toys.

In August of 2014, she signed a contract with Palazio’s Gentleman’s Club in Austin, Texas, for $544,000 to have a residency there until New Year’s Eve.