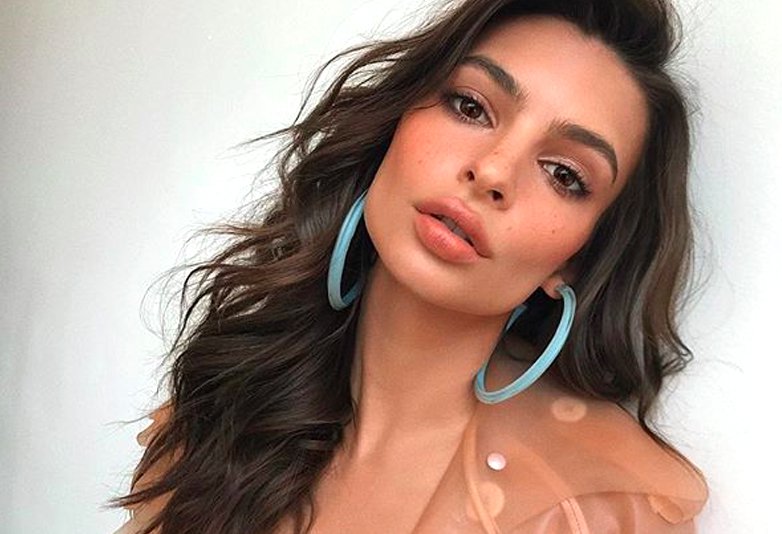 When determination meets beauty, there could not be a more deadly combination.

Emily Ratajkowaski: a model and a actor is one such example who carries her determination along with her career. She describes herself as a feminist and does not ever hesitate to discuss topics such as beauty, sexualization of girls and women, body images, art and politics.

Emily was born as Emily O’Hara Ratajkowaski on June 7, 1991. She was the only child of her parents; John David ‘J.D.’  Ratajkowaski  and Kathleen Anne Balgley. Her father was the then English lecturer as well as painter and her mother was a writer.

Ratajkowaski was obsessed with the theater since her childhood. During her early days, she acted as a child and also appeared in the stages shows for her family. She also played Harriet in the Lycuem Theatre in the production of Harriet Potter and Throne of Applewort. Before dipping into modeling, Emily also tried soccer, acting and ballet.

Ratajkowaski debuted in the film industry through a character Andie, in Gone Gorl in 2014. It won’t be wrong if we say that her role was a result of her performance in ‘Blurred Lines’. After Affleck saw her in ‘Blurred Lines’, he recommended her to David Fincher: the director.

In 2015, she appeared in ‘We are Your Friends’. In 2018, she was seen playing Mallory; a model being a victim of low self-esteem in ‘I Feel Pretty’. She also appeared in the thriller ‘Welcome Home’.

‘Blurred Lines’ released on March 30, 2013, however created some controversies. The music video was claimed to be sexist for its perceived degradation of women. Some even called it lyrics promoted rape. But, it was not true for Ratajkowaski. She said ‘the song gave me an opportunity to say the things that I felt about feminism today and about women in general in pop culture’.

While talking about her modeling career, she signed Ford Models while she was 14. Treats; an artistic erotica magazine photographed Emily during the early days. As things happens one after another, her appearance on the cover led her to be hired for ‘Blurred Lines.’

Ratajkowaski made on the covers of several magazines such as Cosmopolitan, British Glamour, and Marie Claire.

The approximate net worth of the model is $6 million.

Apart from movie and television, Emily made a large sum of   money being a brand ambassador of Kerastase and Paco Rabanne perfume and through endorsements.

Emily Ratajkowaski has a Net Worth of $6 million.

Emily has also made it to the covers including Cosmopolitan, Glamour and Marie Claire. She also appeared in ad campaigns for DKNY.

Well, along with being a model, Emily has also designed suits for her swimwear brand; Inamorata. In addition, she was also a co-designer of a bag collection for The Kooples in 2017, with one even named as The Emily Bag.

Emily’s love life has several ups and downs. The model has dated different celebrities including Jeff Magdid and Andrew Dryden. However, she is now happily married to  Sebastian Bear-McClard: an actor and producer.

The son of filmmaker Lisa Bear: Sebastian Bear-McClard is popular for his movies  such as Broken Flowers, Heaven Knows What and Good Time. He was also nominated several times for the Gotham Independent Film Awards and Independent Spirit Award.

Sebastian also started Elara Pictures in 2014: his own production company. He runs the company with Oscar Boyson, Josh and Ben Safdie.

After dating for only few month, the couple took their vows in February 2018.

In spite of being rejected for the first time, Emily later agreed after Sebastian proposed her with a paperclip ring. Don’t you thing it interesting?

Emily said: ‘He proposed to me at Minetta Tavern [a French restaurant in New York City] and he didn’t have a ring. ‘He then took the paperclip that the bill was paid with and made me a ring, which I actually thought was really romantic,’ she continued.

The couple were careful when it was about buying their weeding rings. She added, “We walked into Chinatown and bought an ounce of gold and he was like, “We’ll melt down the gold and make the rings.”

In October 2018, Emily also posted a picture of her flaunting her ring.

Well, a perfect body’s like Emily’s is a dream for everyone. When it comes to diet, Emily does not consider herself as a crazy fitness person.

Her morning starts with caffeine and crabs. However, her lunch goes somewhat light with a salad or sandwich. Because she really likes meat, she does not hesitate to add it on her lunch.

Emily prefers juices for her snacks. Some turmeric and beets mixed in the juice make her happier.

Emily prefer outing for dinner which also gives her a chance to socialize. She usually go for an Italian or Suchi. She also loves to have some good cupcakes sometimes.

Thus, the model pays attention that her diet is perfectly balanced enough to keep her energized. She also does a lot of  her cooking. After all, it is necessary to know the amount of salt, sugar and other such things you are putting inside your body, isn’t it?

The hot model Emily has 21.2 million followers on Instagram. Emily was the only person who  clearly stated that her post are a paid advertisement when she shared it with her followers.

Well for a model who is enjoys performing in sexual manner rather than feeling objectified, it is a form of art and there are so many ways one can interpret it. She says that if a women is naked, that does not necessarily mean to be anti-feminist.

With no apologies and no shame, she said that the attention given to the  nudity in the video shows that America is still not as advanced as it should have  been. What do you think?