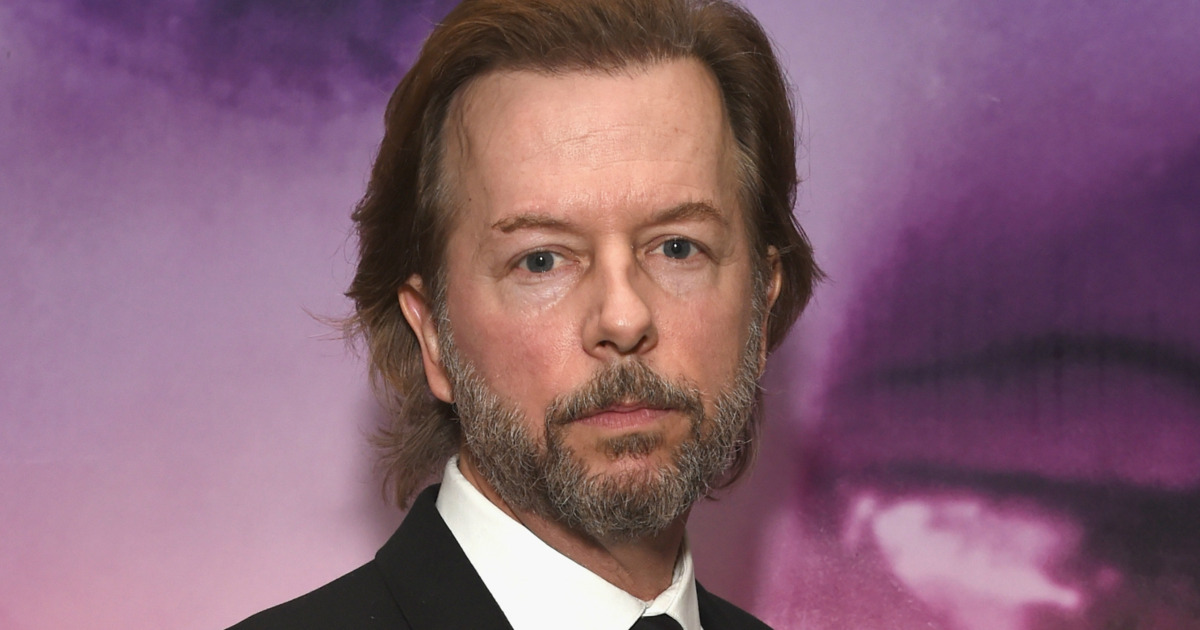 Multi-talented American actor and comedian David Spade earns quite an impressive amount of salary from the movies and televisions which added to his net worth. David rose to gained prominence in the late ’90s as a cast on Saturday Night Live (SNL).

He is known for high profile dating and had flung with many actresses in his life. Here is everything you need to know about him.

David Wayne Spade was born on July 22, 1964, in Birmingham, Michigan to Judith J.  and Wayne M. Spade. Later Spade and his family relocated to Scottsdale, Arizona when he was just four. He has two brothers named Bryan and Andy Spade and a sister-in-law, Kate Spade.

During his elementary school, he was beaten twice-weekly by the other kids. As a teen, Spade loved watching Saturday Night Live. He studied at Saguaro High School and later went on to Scottsdale Community College before joining to Arizona State University from where he graduated in business in 1986.

He moved on to Los Angeles and started performing at nightclubs and college events. While he was performing in one of the shows in Los Angeles, he caught the eye of an agent who subsequently cast him in a movie Police Academy 4: Citizens on Patrol along with Steve Guttenberg and Sharon Stone.

He appeared on HBO’s 13th Annual Young Comedians Show in 1989 and eventually secure a role on the television show Saturday Night Live in April 1990.

During his early years on Saturday Night Live, he befriended with comedian Chris Farley. Both of them made offscreen chemistry and in front of the camera as well, which lead to gained big roles in several series. The show’s producer Lorne Michaels put Spade and Farley both in a big screen with the title ‘the age-old secret of fatty and skinny.’

where he played the role of a straightman as Richard Hayden along with fellow comedian Chris Farley. The movie received positive reviews and became hit a box office. For this role, Spade received an MTV Movie Award for Best On-Screen Duo.

In 1997, he signed as a snide assistant Dennis Finch on the NBC comedy Just Shoot Me which last aired in 2003. During the year of career highs, he went through the tragedy that his friend Chris Farley died due to a drug overdose. David totally broke after he lost his friend who was like his family so he didn’t attend the funeral.

From 2007 to 2013, David appeared on Rules of Engagement as Russell Dunbar that paid him $150,000 per episode. For that role, he was nominated for a Teen Choice Award for Choice TV Actor: Comedy. From 2015 to 2017, he appeared as himself in the TV show Fameless in seven episodes.

He made his appearance in several episodes like The Goldbergs, Real Rob, Hot in Cleveland, Curb Your Enthusiasm, Greg the Bunny, Beavis and Butt-Head, The Spoils of Babylon, Love, The Mayor, Lady Dynamite and so on.

Some of his notable movies roles include Joe Dirt

There is no doubt that the 90s’ star Daic Spade has won the hearts of millions of ladies through his comic role. The actor has dated numerous actresses and celebrities in the past but hasn’t walked down the aisle till yet.

Once he has had in a relationship with Jillian Grace who was a model. She modeled for the Playboy magazine and named Playboy Playmate of the Month. Reportedly, Spade and Grace started dating each other in 2007. Like other celebrities couples, the two failed to take their relationship in the next level.

Prior to Jillian, David dated Kelli McCarty in the early ’90s and then he was in a relationship with actress Jennifer Rubin in 1993 before Bobbie Philips entered in his life. Moreover, he dated Stacey Hayes from 2001 to 2000 after their breakup, he hooked up with Krista Allen.

David Spade has a daughter from his ex-girlfriend named Jillian Grace. The couple dated briefly in 2007 and they welcomed their child, a daughter in 2008and named Harper Spade. However, he co-parents quietly with Jillian and both of them love their daughter very much.

The former couple was seen together, celebrating their daughter’s third birthday at Disney Land in 2011. After becoming a father, everything changed. The Tommy Boy actor said that he had a daughter who came out of a situation with a girl he was dating and that was not planned. He continued, he was so happy to have a beautiful daughter and she was the best thing ever happened in his life but he couldn’t picture my daughter being sick.

Spade posts pictures and videos of his daughter Harper on Instagram and even sometimes share sweet anecdotes about her while appearing on talk shows. In 2015, while appearing on The Ellen DeGeneres Show, he joked about navigating the ropes of parenthood.

“I’m new at this — how long ’til I can school her in tic-tac-toe? Because I am really good at it, but I’m faking it so she can win. But now I’m getting frustrated because she thinks I’m dumb. She laughs so hard when she wins and then I think, Well, I could beat you.’ I want to say that, but I don’t.”

The Black Sheep actor earns a hefty amount of money from his appearance in many movies and televisions. He has been working in the entertainment industry for more than two decades. During his career, he has received several honors for his roles. He makes $150,000 per episodes in a year.

Aside from acting, Spade released an audiobook ‘A Polaroid Guy in a Snapchat World

‘ in which he talked about his relationship with his father Wayne. It is available on  Audible.

The Fameless actor purchased a number of the beautiful houses in Los Angeles over the years. He sold the Malibu house for $10.3 million back in 2013. His Beverly Hills mansion was bought in 2001 which is reportedly worth over $20 million. In 2017, his house was burglarized.

According to TMZ, burglars stole a safe from Spade’s home and made an off with about $80,000 in cash and jewelry. .Currently, he lives in Beverly Hills, California with his family and daughter