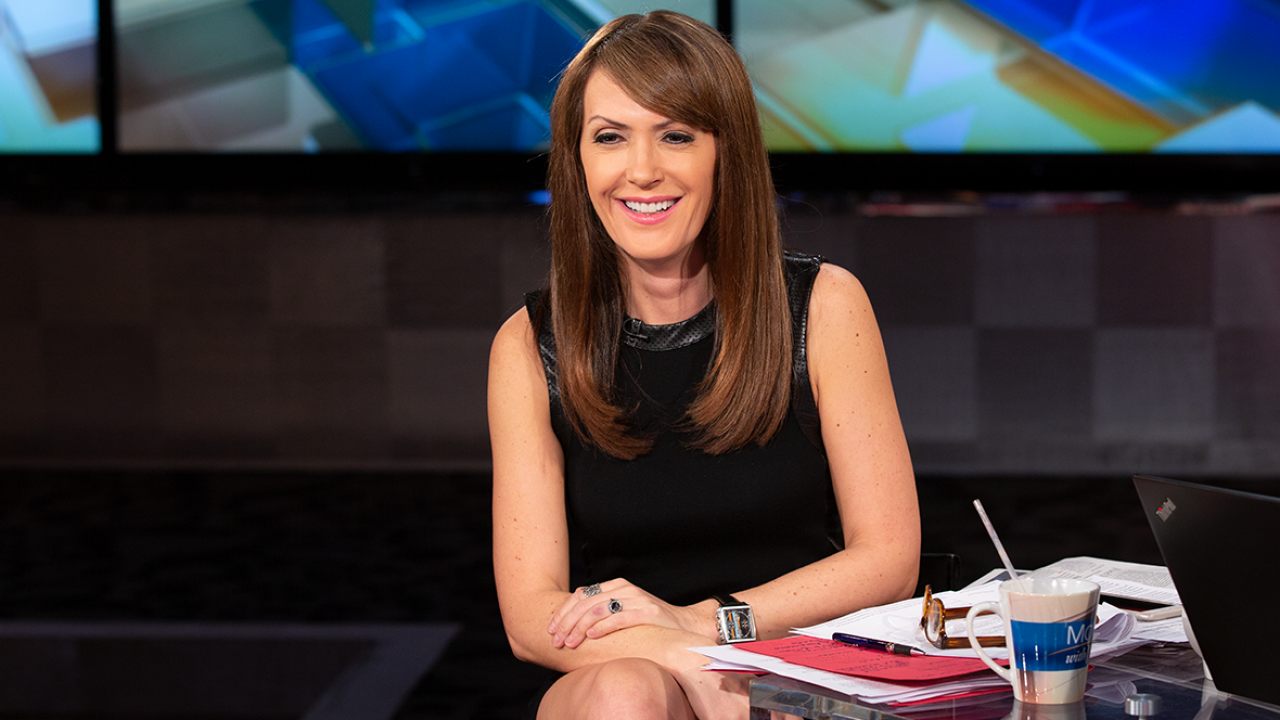 Dagen McDowell is one of the respected journalist, anchor and business correspondent who worked for Fox Channel. She is a former business contributor on the radio show called “Imus In The Morning” and a regular guest on Fox News Channel’s “Hannity.”

Read this article to know everything about Dagen McDowell along with her bio, income, married life, body, and many others.

Dagen McDowell was born on January 7, 1969, to Irish parents in Brookneal, Campbell County, Virginia, United States. Dagen has a brother and she was raised in Cambell County.

She is an American and is of Irish descent. There is no information relating to her childhood, siblings and other.

While she was a child, she has a passion of being one of the successful journalists and watch television shows. She completed her education from the local high school. Following her dreams, she received a bachelor degree in Art History from Wake Forest University in 1991.

Career as a Journalist

Before her career took off, she had several odd jobs. She once worked as a dressing room attendant and also sold beer out of a carton a golf course. Then Dagen worked at TheStreet.com along with Traces Brynes.

Then she began her professional career as a financial journalist at the Institutional Investor’s Newsletter Division. Later, she co-hosts on Fox Business Network’s program “Mornings with Maria.” She also makes her regular appearances on Your World with Neil Cavuto which airs on Saturday and Imus in the Morning.

In 2016, she began hosting Bull & Bears and has worked as a panelist on Cavuto on Business which airs on Saturday from 10 am to 12 pm. In addition, she participated in Outnumbered and The Five.

She earns her wealth from her TV shows and hosting. Besides these, she has no other sources of income.

We have talked pretty much everything about her professional career. Now, let’s move to her personal life. Are you ready for that? Let’s go!

Dagen McDowell is a beautiful anchor who has been serving at the Fox Business Network for a long time.

She was a co-host of a show called “Markets Now” and later she joined as a panelist on the show ‘Cashin.’

Talking about anybody’s personal life is always is connected to their married life. In this case, we are going to do the same.

American journalist, Dagen McDowell is married to Jonas Ferris in 2005. Her husband, Jonas is an economist, investment advisor, and Fox News Economic Analyst. He regularly appears as a panelist on Fox Bussiness Network and investment news program “Cashin’ In.”

Many people are curious to know about their love life and how they first introduced to each other. Are you also eagerly waiting to know how their love story begins. Then your wait is over!

Dagen McDowell and Jonas Ferris met on the set of Cashin’In. They both are talked for first on the shoe and soon they dated and fell for each other.

On one of the show, the duo talked how they first met and used to have tons of arguments on the show. Jonas said:

‘We were sort of handpicked- At least i think i was handpicked, i dont know about Dagen- To basically argue in a mutual fun faceoff on the show. I want to say cast to because of ‘argumented’ nature.’

The couple has been living happily together for more than a decade but they have no children yet. Maybe they have some further plans for having a child.

In the interview, Dagen and Jonas talked about their family life as well as their personal life.

McDowell confessed one thing that when she met Jonas Ferris, she was married. Jonah was aware of that fact already. This the less known fact of Dagen.

Now, let’s talked a past life of Dagen McDowell, shall we?

Did you know that Dagen McDowell was a married woman when she met Jonas for the first time? Many of you are did not know about her previous marriage. So let us help you to know about it.

Yes, she was married to a secret husband but we are not sure who was her husband. It is said that she and her ex-husband divorced after 11 months of marriage.

She has kept her previous married life very secret that nobody can dig up. However, Dagen never talked about the reason behind their divorce to the media not even to her close ones.

Dagen McDowell job is to provide proper news to the public. For that, she must keep updating the latest political news on Television as well as other social media.

She has amassed over 111k followers on Twitter whereas, on Instagram, she has above 22.4k fan followers. Many of her followers liked her posts.

McDowell loves dog very much. On Twitter, she shared a picture of a dog which adopted.