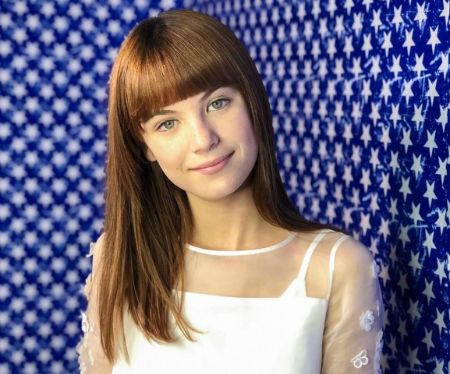 America;’s Got Talent is back with the new season bringing more and more talented artist. Recently, the AGt has a blast on the stage when a thirteen years old girl appeared with a fantastic voice.

Do you know who this little girl is? Have you watched her auditioned video on the NBC or YouTube channel? If not, then don’t let us help you to know more about her.

Charlotte Summers may be a mere 13-year-old, but her voice will leave you speechless. Charlotte appeared on the 3rd episode of AGT and gave an audition. She auditioned on the 2019 season of America’s Got Talent with ‘I Put A Spell On You’ left both judges and audiences in awe.

Summers is from Marbella, Spain and holds a Spanish nationality. Before the audition, Charlotte she was in love with one of the AGT judge none other than Simon Cowell when Simon asked her a question, what she would do if she won a million dollars.

Charlotte replied that if she won, she would buy a guinea pig and name it Simon Cowell. Summers continued, she would get another one for her sister and called him Howie.

Though before her performance, Summers was nervous, once she started singing, there’s no stopping her. At the time, it’s hard to imagine that the 13-year-old voice is matured and powerful.

Both audiences and judges not only gave her a standing ovation but also sent her to the next round with the Golden Buzzer. After that, the viewers couldn’t stop themselves, supporting the younger sister.

One of the Twitter users tweeted, the young singer has an absolutely amazing voice and can’t believe she’s just 13.

After witnessing her impeccable performance, fans on Twitter couldn’t help but convey their love and support to the young singer. Another fan wrote, “She gave me the chills as soon as she started singing! ♩ I Put a spell on you!!!!! Way to go Charlotte!!!!!”

Moreover, a fan said, “Omg, she has a grown woman voice, sounds like she’s been singing for decades.”

This isn’t the first time; Summers appeared on the many singing competition such as La Voz Kids Spain, Big Talent, and Eurokids International. A video of her singing Hallelujah from Leonard Cohen and Alexandra Burke became viral on the internet and got more likes and comments.

The song Hallelujah was released in 1984 but it became when Jeff Buckley released on his record 1194 album. In addition, to her music career, she also made her appearance in the acting field as well. She starred in the production of Les Miserables.

Charlotte Summers is a contestant of America’s Got Talent 2019 as well as quite active on various social platforms, Instagram and Facebook. She has more than 64k followers on Instagram, where she posts her music videos and beautiful pictures of herself.

A post shared by Charlotte Summers (@charlottesummersofficial) on Jun 11, 2019 at 6:38am PDT

Some unknown Facts of Charlotte Summers:

‘America’s Got Talent’ airs every Tuesday night on NBC. Check your local listings for more information.