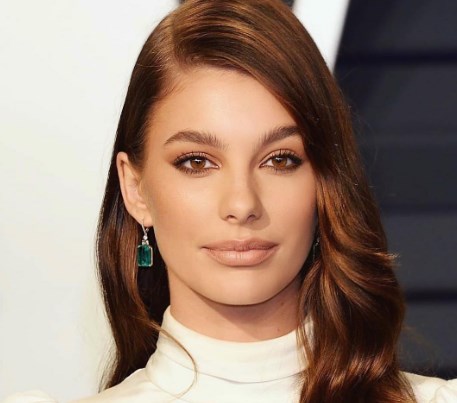 There are few working models and actress who came across the country as instantly chill as Camila Morrone. The Buenos Aires-born 21-year-old model dating a boyfriend who is 23 years senior to her. However, she has been dating Oscar-winning actor for a year and hasn’t signed of walking down the aisle anytime soon.

Let’s find out who is the lucky guy to have such a beautiful girl in his life.

Who is Camila Morrone?

Camila Morrone was born on June 16, 1997, in Buenos Aires, Argentina to Lucila Solá and actor and model Máximo Morrone. Her father played in CSI: Miami and Forbidden Warrior and as a model for Versace. Mother Lucila is an Argentinian actress who is known for her role in the 2013 movie ‘Pride and Prejudice.’

She has a very tough childhood and her parents separated when she was just nine. Camila has a brother, Sky Morrone. She studied at Beverly Hill High School. Not much is known about her early life and education.

In love, age is just a number. This is proved by the Camila Morrone and the Hollywood actor Leonardo DiCaprio when the couple shared a sweet kiss during a date in Manhattan. The Titanic star wore the low-pulled cap as he lips locked with the 21 years old model.

Back in April 2018, the two were spotted shopping in Argentina but have not made any official announcement of their romantic relationship.

Camila and Leonardo have been together for around a year and have been able to keep their relationship out of the media and public eyes.

The 21-year-old, Camila Morrone began her career as a model. Camila developed her passion for modeling from her father who had posed for Versace. With a height of 5 ft 9 in, charming face and Argentinian heritage, she stepped into the career in the Victoria’s Secret Pink lookbook in Spring/Summer 2016.

The same year, she appeared on the cover page of Turkey’s edition ‘Vogue’ in 2016 and also featured in LOVE’s advent calendar line. Then she walked for Moschino in 2017.

Following that year, IMG signed her and has seen on the catwalk for Topshop Unique. Also, Camila modeled for several other coveted brands such as Urban Outfitters, Jalouse, and did the ad campaigns of Sephora.

After discovering as a model, Morrone is also passionate about acting and was introduced to the film industry by her step-father, AI Pacino. Afterward, she focused on her acting career, making her first debut in the James Franco documentary My Own Private River as well as the 2013 movie Bukowski as an actress.

In 2018, Morrone starred in two movies;  Death Wish, featuring Bruce Willis and Never Goin’ Back. In the year2019, she played the character of Mickey Beck with James Badge Dale, Calvin Demba, Ben Rosenfield, and Rebecca Henderson in a comedy-drama film Mickey and the Bear.

The exact net worth and salary are not revealed to the public yet. Though Camila has been working as a model for almost four years. She makes a considerable amount of worth from her modeling and acting career.

The model is most active on Instagram posting snaps of herself from photo shoots, charity events, and travel. She features her Millennial entourage on her Instagram account, which has more than a million followers. In addition, she has a YouTube Channel which features make-up tutorials.

She is friend with models; Kaia Gerber, Bella Hadid, and Kendall Jenner. She even partied with supermodel Hailey Baldwin’s 21 birthday in the Bahamas.