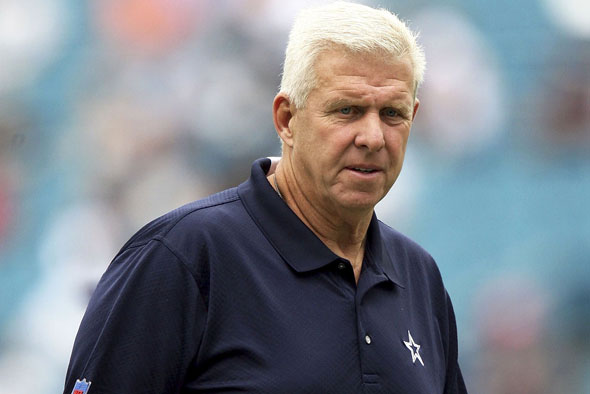 It not always about what you have got. Sometimes it is all about what you can inherit to the one who learns from you, how you can shape and lead them. And when it comes to all these qualities, Bill Parcells is the name you should not forget. Maybe this ability of Bill made him the first head coach to led four different teams to the playoffs.

Discover more about the coach, his coaching career, personal life and not worth through the following article.

Bill Parcells was born on August 22, 1941, in Englewood, New Jersey. His original name is Duane Charles “Bill” Parcells. His parents are Charles Parcells and Ida Parcells. He belongs to American nationality, and his ethnicity is white.

Parcell grew up in his hometown along with his two brothers Doug and Don Parcells. His mother was a housewife while his father was a quarterback playing for the Georgetown University.

Talking about the education, Bill went to the River Dell Regional High School for her high school studies. During the high school days, Bill was an excellent performer in sports especially football, baseball, and basketball.

After completing high school, Parcells joined Colgate University and then again the Wichita State where he was a linebacker on the football team.

Charles had always wanted his son Bill to be a lawyer. However, Bill’s interest was more different than the white shirt and black coat. After graduation, Detroit Lions drafted Bill in the 7th round of the NFL.

But it did not take Bill to realize that he was not meant to be a player but to be a coach. The first coaching job Bills did at Hasting College in Nebraska where he used to kine the fields with chalk and wash the uniforms

As Bill was determined to shine in football as a coach, he has not left anything undone to make his dream come true. It was 1978 when he became the head coach of Air Force Academy.

Bill’s career took a noticing step after New York Giants appointed him as the primary coach. He also worked as a head coach of New York Giants from 1983 to 1990. The Big Tuna made his work visible to the world by leading the team to two super bowl victories during his mentorship.

The Big Tuna announced his first retirement and spent some time of his career as a football analyst for NBC Sports in between 1991 and 1992. He was also seen hosting a local sports show Around the NFL.

After two years in 1993, Bill made a comeback to the head coach with New England Patriots. The team grabbed a 110-6 record in two years of coaching. In 1996, Bill enabled the team to their first division title in 11 years and only the second and third home playoffs in the history of the franchise.

Read about: Rick Neuheisel; a former coach and player, Net Worth, and career.

Later, Bill was also the professional coach for New York Jets and Dallas Cowboys. Bill made his third retirement announcement and begun to work as a studio analyst for ESPN. According to the rumors, ESPN offered him with a position on Monday Night Football, but Bill did not take the offer.

Letting his retirement, Bill soon took a return gear as Executive Vice President of Football Operations of Miami Dolphins. However, his journey with the Miami Dolphins was quite shorter, and Bill quit the team due to some discussions in 2010. In 2013, Bill introduced himself in the Pro Football Hall of Fame.

Bill Parcells as an Author

The coach has not only trained many of the football teams but also shared inspiration through his publications. The name of the books he is the author of are:

Bill Parcels has an estimated net worth of $25 million. He accumulated massive wealth during his career as a coach. When he was an Executive Vice President of the Dolphins, he was paid $4 million per year.

The Estimated Net Worth of Bill Parcells is $25 Million.

Bill Parcels was married to Judith Goss. The two married on March 3, 1962. After being in a marriage for a long time, the couple decided to cut off the bond after 40 years of togetherness. The couple officially especially separated in January 2002.

Although we do not know about the actual cause of the separation, it is sure that the couple separated in a mutual decision. After the divorce, the couple is cool with each other.

“My wife and I have an amicable relationship. There’s nothing here. It’s over and it’s done with, and we have a good relationship.”

The couple has three children together. All of them are daughters: Suzanne, Dallas Pioli, and Jill.

Some of the inspiring quotes by Bil Parcells are;