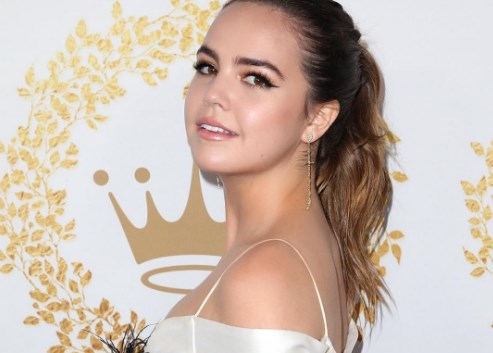 How many of you know about the young child wonder, Bailee Madison? She is best known for her role May Belle Aarons in an American fantasy drama movie Bridge to Terabithia that released in 2007.

Bailee stepped into the entertainment industry, appearing in a commercial when she was a few weeks old. Since then, she continues to rise with every success. But about her personal life and who is currently dating?

If you want to know more regarding her relationship status, age, lifestyle and income then keep reading the article.

Who is Bailee Madison?

An American actress, Bailee Madison is the seventh child of her parents. She was born to American parents on October 15, 1999, in Fort Lauderdale, Florida, U.S.A. Her mother name is Patricia Riley but the information of her father is unknown.

She has four brothers and two sisters. Her older sister, Kaitlin Riley is an actress. The beautiful actress began her career when she was just two weeks old and appeared on the Office Depot commercial. Since then, she appeared on several commercial including  Disney, SeaWorld, and Cadillac.

Who is Bailee Dating?

Who cares about the clouds when you are with your loved ones? At that moment just hold hands of each other, sing a song and bring the sunny weather. Likewise, the Wizards of Waverly Place star Bailee Madison opened up about her relationship with her boyfriend, Alex Lange back in 2018 after dating secretly for a long time.

Bailee revealed that Alex told her, he loved her the night they met for the first time but she didn’t reply to him so fast. For six months Alex said her every night that he loved her again and again until she said it back to him. The Good Witch start waited for six months.

When she said it to him that was worth it and meant something. Moreover, Bailee disclosed that they first met at a clothing store which was only time the two hangouts together for a while. For three months they just talked on the phone until they met again for one night. She shared a story of gesture that Alex texted her a picture of a pebble.

The two lovebirds share a lot of pictures of them on each other social media and often photographed together at the events and functions.

But sadly, like other celebrities couples, Bailee Madison and YouTuber Alex Lange broke up in the earlier year, sources told Entertainment Tonight. However, the two hasn’t opened up the reason behind their split.

Since an early age, Bailee Madison has been inclined towards acting. Her mother who always became the backbone and supported her to makes a career in the entertainment industry.

The young actress got her first big break in a movie Lonely Hearts at the age of eight in which she played the role of Rainelle Downing, a girl thrown into the midst of a world of crime in 2006.  The next year, she has a significant role in the Disney movie Bridge to Terabithia for which she received positive responses from fans and viewers.

Bailee was nominated for a Saturn Award as well as a BFCA Critics’ Choice Award for her supporting role of Isabelle Cahill in 2009 movie Brothers. She voiced the character of the lead role Monica in 2012 movie Monica and appeared as Ashley in the short film The Magic Bracelet.

Apart from the big screen, she made her debut on the television series as well. She appeared in one episode of CSI: NY as Rose Duncan in 2007. That year, she starred in several series; House for which she again nominated for ‘Young Artist Awards’, Unfabulous, and Cory in the House. From 2012-12 and 2016, she starred as Young White Snow in an American fantasy drama television Once Upon a Time

Some of her movies and televisions include Holiday Joy, Cowgirl’s Story, Mulaney, Night Before Halloween, The Strangers: Prey at Night

Bailee Madison has a net worth of $6 million.

The 19-year-old actress has been working in the film industry since an infant. Throughout her career, she has played in numerous movies and televisions series. She makes a significant worth through her acting skills.

Further, Bailee is an author and published her first book titled Losing Brave, a Young-Adult Mystery which was co-written with Stefne Miller. In a young age, she earns both fame and fortune.

Bailee Madison has won millions of hearts through her acting, cute and charming personality. Being a celebrity, she has maintained her personal as well as her professional life perfectly. She loves sharing her pictures and videos to her fans via social media platforms like Twitter, Instagram, and Twitter.

Just found out that yesterday marked 12 years since #BridgeToTerabithia – one of my most cherished experiences to date. ❤️❤️