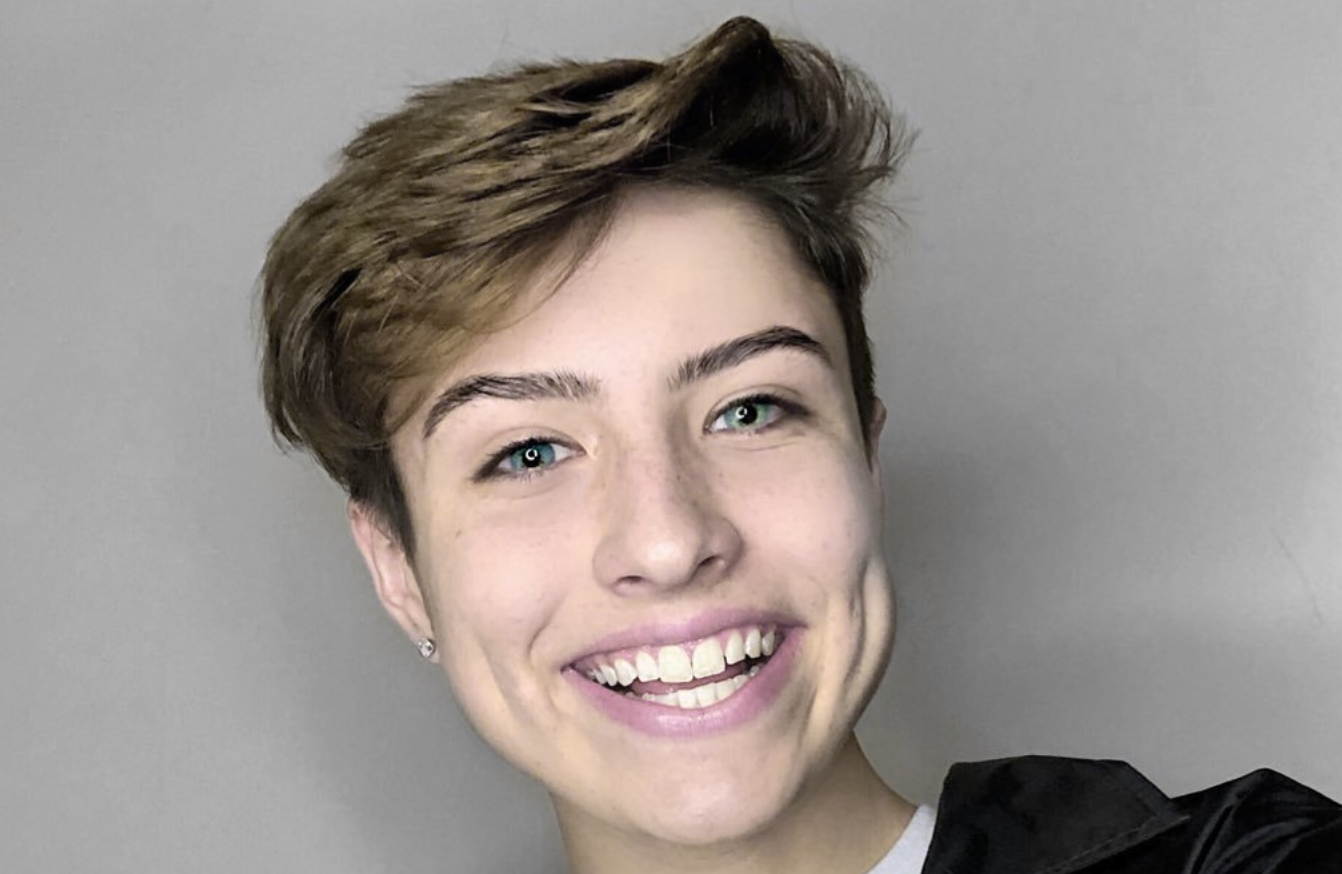 Do you love watching lip synced app Tik Tok? If yes, then you must watch the teen social star named Tyler Brown.

This teenager enjoys uploading cool and funky music videos on his personal account, @tylerbrown and the very thing gave her a global recognition. And the best part is that each of his clips receives tons of views as he already has earned huge fan following.

If you watch his video, you’ll sure keep watching his other videos as well. His posts are that interesting. But before searching his videos there is much more to know about him.

What is Tyler Brown’s Real Name?

Tyler Brown is also known as Tyler Brown Junior who was born on 2nd February 2002 in Northridge, California, USA. His zodiac sign is Aquarius. His parent’s name is Samantha and Tyler Brown. He has two younger brothers: Christopher and Brody.

No, Tyler defines himself as bisexual. In one of his Q&A videos, Brown clearly said that he finds both genders equally attractive in January 2017.

“Hey guys, I Know of Y’all already know, but “I’m bisexual,” he captioned a photo. “It was hard for me to come out to you guys … I’ve knowns I started to find both genders attractive about last year, and  I Just Came out to my parents four days ago…I thought I’d let you guys know because you are all like a family to me as well! It’s a hard this to do to come out, especially to thousands and thousands of people…I hope that this doesn’t change the way you guys think of me, I’m still the same person that was yesterday, just now you all know me a little better lol. LOVE YOU GUYS SO MUCH!”

Also, they both kissed in front of a thousand people who attended the Milwaukee, Wisconsin, DigiTour show. Tyler seems to be like an open book who keeps no secret.

In fact, Tyler’s boyfriend, Justin has also shared numerous videos and photos of each other on his Instagram and Facebook accounts.

Here is the photo posted by Tyler Brown with the caption,  “My Everything.”

Tyler was a normal boy until Tik Tok and YouTube hit him. He entered with a bang and impressed many in a short span of time, merely a year. In general, we find people relating young social media addicts with not being smart.

But, let us surprise you, no matter how long or how addicted Tyler is like many of today’s teens but he is a bright kid. He scored an impressive band score of 3.9 GPA at his high school.

He created his self-titled YouTube channel, Tyler Brown in March 2013 where he has over 581k subscribers with 18 million views.

Tyler Brown quickly rose to fame through the social music app Tik Tok (musical.ly). His love for music made him create an account on Tik Tok in the summer of 2015 which he named “Daddy Tyler.” Then he started uploading cool and funky videos on his private account.

The teenage muser has over 6.3 million followers on his Tik Tok with 525.8 million hearts. Later, he also tried Instagram and Snapchat. Tyler Brown has become a popular social media influencer and opened his own door of opportunities. One of those is being a part of TLG Tour 2016. He was also seen dancing on the stage.

Read also: Loren Gray’s Birthday, Career, and Boyfriend. How old is She?

Tyler Brown Got Arrested in 2016

Tyler Brown and his friend Brandon got arrested in 2016 for an illegal meet and greet with his fans. You can watch the video below.

Tyley and his former best friend, Kevin Bojorquez were caught doing drugs on camera. The 17 years-old Kevin Bojorquez posted a video of 14-years-old, Tyler Brown puffing cannabis on two separated occasions. Then, Tyler blocked him on his social account without any explanation.

Why would someone post a video doing drugs, publicly which can get them into legal troubles? Watch the video below.

He wears braces on his teeth.

Tyler made an appearance on Ellen’s show when he was eight years old. It was a Halloween special, and he dressed up as a bed bug.

Tyler Brown On The Ellen Show

Previously, there has been a rumor that Tyler was in a relationship with Nikki Valenzuela and Bryana Ramirez. However, back in 2017, he comes out as bisexual.

Tyler is only sweet sixteen but has earned hundred thousand dollars of himself. How many 16 years old does that? At this age, most of the kids just enjoy life hanging out with friends and going to school.

But Tyler surely is a different one. Who knows, he might be a billionaire in next a couple of years!

What are Tyler Brown’s Fans called?

His fans are known as Tyler’s Brownies. He loves to wear long nails from time to time and enjoys doing makeup.

Hope you liked this article! For more interesting articles about your favorite celebs keep following Celeb Tattler. You can also find us on Facebook, and Instagram.