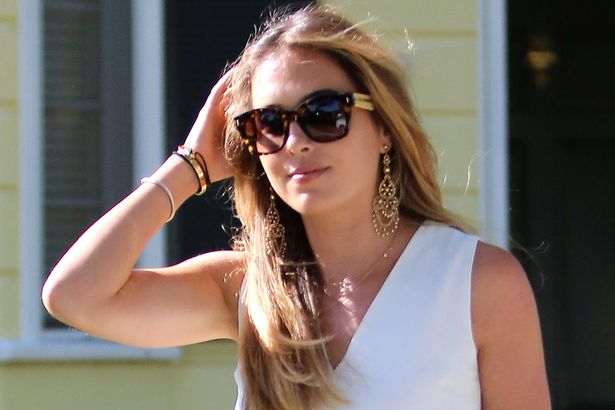 Who is Christine Ouzounian? Read on to know the hot and attractive nanny allegedly responsible for the Ben Affleck- Jennifer Garner divorce.

In 2015, days before celebrating their 10th wedding anniversary, Hollywood power couple Ben Affleck and Jennifer Garner announced they were separating. The cause of the split was not immediately cited, but cheating allegations were rife. At the center of the divorce drama is then 28- year- old Christine Ouzounian, the couple’s recently fired nanny.

From a virtual unknown, the California native was thrust in the limelight, and it seemed she was basking in her newfound fame.

How Much Does a Celebrity Nanny Make?

While being a nanny is not on the list of high-paying jobs, those working for the ultra rich  can make at least $100K annually, according to an article. Among the skill set needed are unyielding patience, strong flexibility, firm dedication, and incessant sacrifice. Katie Provinziano, managing director for California-based agency Westside Nannies, said employees of the rich and famous should be ready for anything as  families are unimaginably spontaneous.

While a California native, she graduated from Arizona State University as a communications major,  and was a sorority girl of the Delta Gamma chapter. She also spent some time studying abroad in Florence, Italy.

She was engaged to a schoolmate in  Arizona State but later broke it off after finding out that her fiance had drug problems.

Based on her now- deleted LinkedIn page, she used to be a teacher at Head Start Academy in the Bahamas, where she worked for two years, leaving in December 2013. She was also a concierge at the posh Four Seasons Hotel and a sales intern at Prudential California Realty, prior to working as a nanny.

Christine used to work for actor Neil Patrick Harris, who was Ben Affleck’s co-star in the film 2014 psychological thriller Gone Girl. She has a twin named Caty and both share the same occupation. 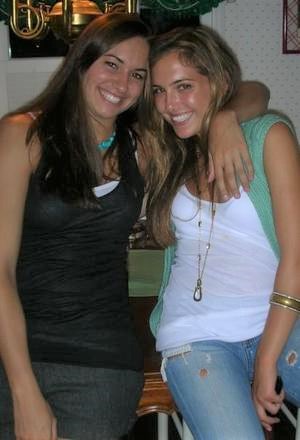 It was not clear when Ouzounian started working for the Affleck family but US Weekly claims she was hired around April 2015 to look after Violet, Seraphina, and Samuel—while the couple were in the middle of a trial separation.

In the early part of 2014, Ouzounian worked for actor Neil Patrick Harris and partner  David Burtka, looking after their twins, Harper Grace and Gideon Scott, at their home in New York City. They hired Christine upon the recommendation of her twin sister, Caty, who had been Harper & Gideon’s  nanny since 2012 but no longer wished to live in Manhattan.

The Daredevil stars found Christine while she was an employee at an unspecified high-end Beverly Hills nanny agency.

How Did Ben Meet Her?

Somewhere in 2015, Ouzounian quit working for Harris and Burtka in Manhattan to relocate to the Bahamas and live with her then-fiancé, a local fisherman named Christopher Albury. Christine used to live in the Bahamas before, around 2011-2013, and worked as a teacher.

Affleck, on the other hand, owns a home at Baker’s Bay Golf & Ocean Club.  It was here that the two met, as reports indicated that The Accountant actor took their children here during a trial separation with the Peppermint star.

In May 2015, divorce rumors started brewing, as Affleck and Garner were seen separately on many occasions. It was reported that they spent the actress’  birthday on April 17, apart.

How Did the Affair Start?

Amid the rumors, the Affleck family went to visit the Bahamas, tagging along Ouzounian, around June 22. The couple allegedly planned the getaway to shield their children from the media frenzy that was imminent once they announced their divorce.

Ben and Jen have agreed to take Christine with them as she planned to spend time with her Bahamas-based fiance. Apparently things did not work out as planned and Ouzounian’s fiancé suddenly broke up with her during this trip, baffling their close friends. At some point, there were rumors that Affleck seduced the nanny in the shower. 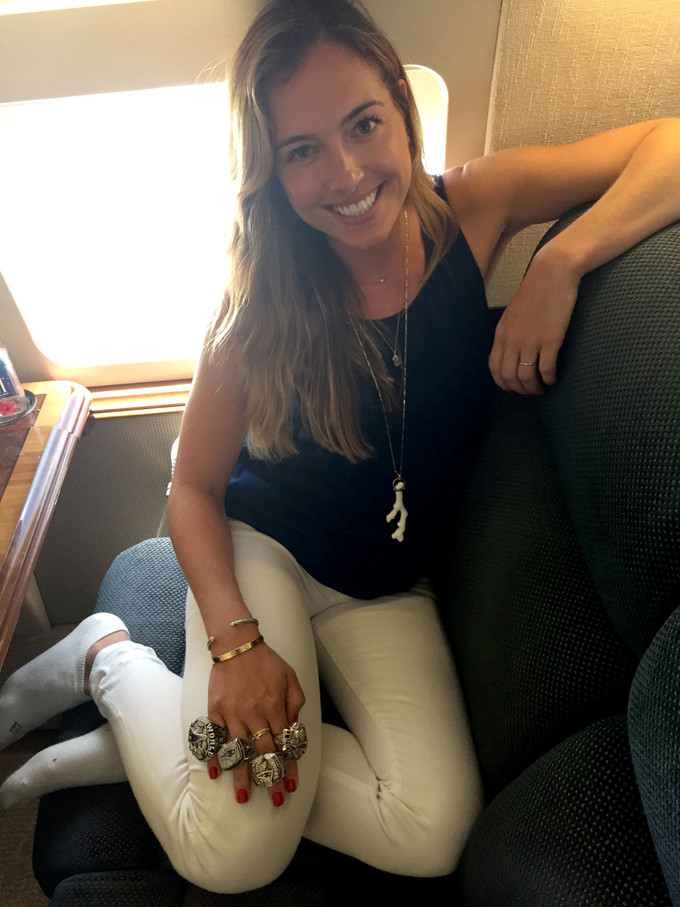 Days later, on June 27,  Affleck headed to Las Vegas with  New England Patriots quarterback Tom Brady. Affleck and Brady, both poker enthusiasts, were slated to play the game at The Venetian.

Riding a private jet on the way back to Los Angeles, though, Ouzounian joined the two. Her presence was kept under wraps by Affleck, infuriating Garner, who was left to care for their children in Atlanta.

Months later, in August 2015, photos of Christine Ouzounian wearing Brady’s Super Bowl rings surfaced. The photos reportedly upset Brady’s wife supermodel and Victoria’s Secret angel, Gisele Bundchen, that she threatened to divorce the famous athlete. Unlike Affleck and Garner, the two were able to save their marriage.

A day later, their nanny Christine Ouzounian was fired,  leading most people to believe that the action was done as Garner caught Affleck cheating on her with their nanny. 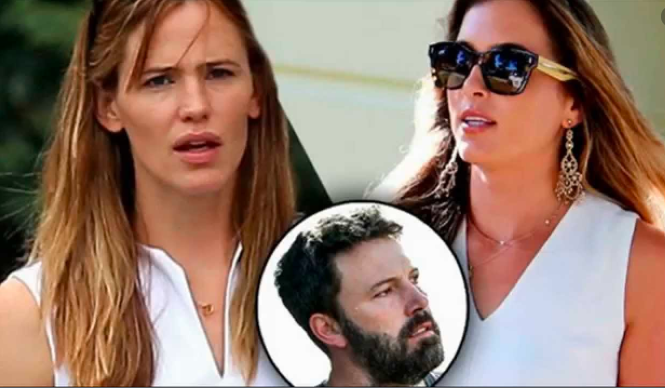 Speaking with Christine’s friend, Jennifer Garner discovered that her husband had slept with the nanny in the Bahamas, which is why she was fired. Friends later find out this was likely the reason Christine’s fiance broke up with her.

After she was fired and the rumors of cheating surfaced, Christine used it to her advantage, and allegedly tipped off the paparazzi so she could be photographed meeting Affleck. Seeing the photos irritated Affleck, and this ended the relationship.

The offer came after Ouzoiunian was reportedly seeking for a Hollywood agent that could place her in high profile reality TV shows such as The Bachelorette or Dancing With The Stars. 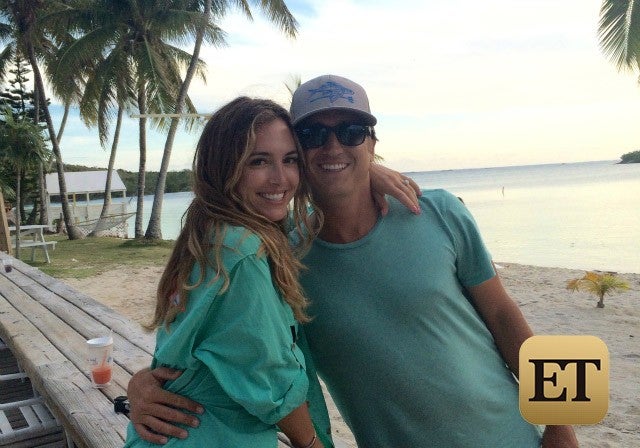 Where is Christine Ouzounian Now?

Few months after the Ben- Jen divorce scandal, Ouzounian went back to the Bahamas to reunite with her ex- fiance. It is unclear if the two rekindled their romance for good. Her social media accounts are private and she has not been active on Facebook since the controversy.

In 2015 she was reportedly preparing to write a tell-all book but was prevented by an agreement she signed before starting as nanny  to Affleck and Garner’s children.

After a botched entry to Hollywood, Ouzounian has been working in the insurance industry since 2018. She is back in Los Angeles as a national sales executive handling real estate investments.

At the height of the cheating scandal, Ouzounian was allegedly paid an undetermined amount of hush money by Ben Affleck. While Affleck’s camp vehemently denied the accusations, magazines reported few eyewitnesses who have seen the couple together.

Paparazzi snapped Ouzounian in her new $43K white Lexus car. According to Entertainment Tonight, she was staying in the luxurious $1-2K a night Bel Air Hotel, where she reportedly met Affleck on several occasions.

Reports show that Ouzounian has an expensive taste, as she was seen  dining with two girlfriends at  pricey Il Pastaio in Beverly Hills. A day later, she was seen visiting Sears Optical in Santa Monica, where she is back staying with her mother. She seemed to crave attention, deliberately parking far away from the mall entrance.

A celebrity nanny could not have paid for these luxuries.

Affleck and Garner Move On From Divorce

The Argo star admitted to having drinking issues in an interview, and this further led to marital problems with Garner. Finalized in 2018, Affleck admits the divorce was the biggest regret of his life.

The divorced couple maintains their cordial relations, as Garner was spotted driving Affleck to a rehab facility.

Cheating allegations continue to haunt the Oscar-winning actor, director, and producer— who was seen with 22-year-old- Playboy model Shauna Sexton while still romantically involved with TV producer Lindsay Shoockus. The lothario, as of this writing, is dating actress Ana de Armas.