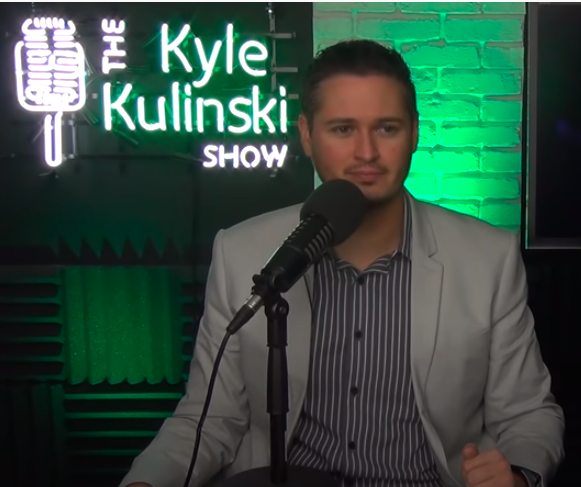 Who is Kyle Kulinski?

Kyle Kulinski is a famous American progressive talk show host, political commentator, and activist. He ascribes to social democracy and left libertarian political views, and is a confessed atheist.

Why is He Famous?

Kulinski shot to fame in 2016 after criticizing the mainstream media for its irresponsible coverage of the then presidential election campaign, as results coming from the Harvard University study confirmed that policy substance received scant airtime.

During the said period, subscribers of Kulinski’s Youtube Show Secular Talk jumped to 444,000 from 234,000. This progressive talk show also appears on The Young Turks (TYT) network, where Kulinski enjoys non-censure from TYT head Cenk Uygur–– with whom he and two others founded the Justice Democrats.

Kyle’s parents are Grace and Albert Joseph “Buck” Kulinski, and he has a sister who’s married to Michael D’ Onofrio. Kyle also has a nephew. The elder Kulinski, former owner of Soundview Chevrolet in New Rochelle, died of lung cancer at the age of 56 on 20 April 2011.

His mother is of Italian ancestry, while his father is of mixed Polish-Austrian- Irish descent.

Kyle Kulinski on His Father’s Death

The outspoken commentator keeps his personal life private and prefers to discuss U.S politics, and other serious topics in his social media platforms. Hence, in the absence of dating and relationship information, some fans started speculating that he might be gay. Kyle denied this via Twitter post

Despite expressing support for LGBT+, he was accused of articulating sexist and racist Tweets in the past.

In 2008 while studying Political Science in Iona College, Kyle Kulinski created Secular Talk on Youtube. It was borne out of Kyle’s need to have a personal space to discuss his ideas. It eventually evolved into a progressive talk show.

Secular Talk was concurrently broadcasted on YouTube and on BlogTalkRadio as “The Kyle Kulinski Show” in 2012. Other progressive shows experienced the same growth, airing via podcasts and internet radio, as well.

Albeit named as such, US politics remains the show’s raison d’etre. Religion is discussed occasionally, as Kulinski also dissects other topics related to pop-culture, philosophy, economics, and religion.

The show boasts of being in the top 20,000 of Youtube Channels with most subscribers.

According to its website, Secular Talk, with 832K subscribers fares better than its progressive talk show competitors, namely, The David Pakman show (827K) and The Jimmy Dore Show (712K).

In 2017, Kulinski shared the results on the show’s demographic audience study: 43% were aged 25-34 yo; 26% were from the 18-24 age bracket; and 15% were from 35 to 44 years old. In addition, the five highest States from where viewers reside were: California, Texas, New York, Florida and Illinois.

What is Kyle Kulinski’s Political Views?

Progressive talk shows like Secular Talk express liberal and leftist point of view, reflecting Kulinski’s political inclination. On the other side of the coin are conservative talk shows that discuss right-leaning interpretations. Kulinski mostly targets right- wing personalities in his shows.

As a civil libertarian, Kulinski opposes domestic surveillance by the National Security Agency (NSA) and giving too much power to the police. In theory, he supports selective death penalty, meaning, it should be reserved only for most heinous crimes and those who had no remorse. He, however, disapproves death penalty in practice, citing instances of wrongfully incarcerated detainees.

Military offense is important for Kulinski but he claims to despise “warmongering in DC” and unilateral military intervention, adding that US military involvement should only be initiated after a declaration of war by the Congress. 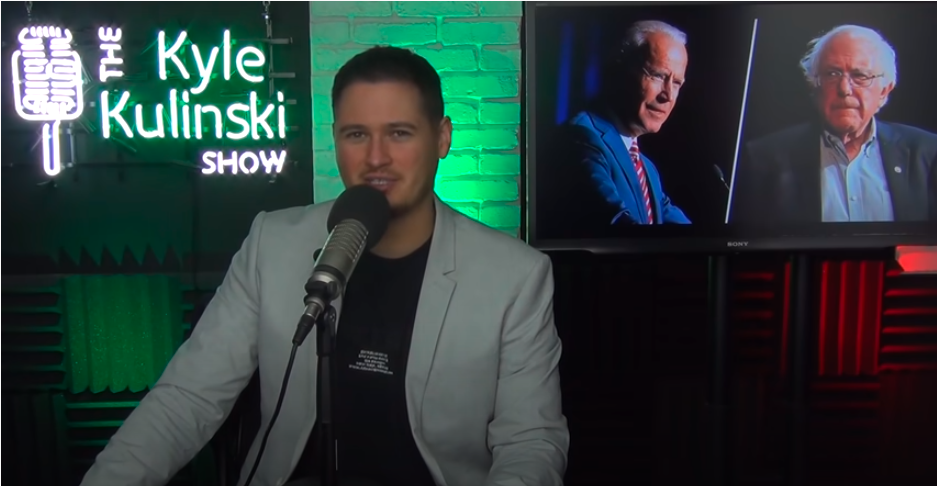 Who did Kyle Kulinski Vote For?

He voted for Jill Stein in the 2016 presidential election primaries.

A staunch Democrat, Kulinski was rooting for Bernie Sanders for the upcoming Presidential race, arranging the latter’s guesting at the Joe Rogan Show and appearing in other shows with the aim of promoting Sanders.

Sanders, however, latter withdrew and Kulinski did not hide his dismay over the retraction. Kulinsky does not intend to vote and will not support former Vice President Joe Biden’s candidacy.

He attacked CNN and the mainstream media once more for coverage bias against 2020 Democratic candidates Andrew Yang, Tulsi Gabbard and even Bernie Sanders.

Kyle Kulinski and the Justice Democrats

With the aim of promoting progressive candidates within the Democratic Party, Kulinski, Cenk Ugyur, Saikat Chakrabarti and Zach Exley founded the Justice Democrats in 2017. Created shortly after the inauguration of President Donald Trump, the group hoped to “establish a strong social-democratic agenda, such as the one promoted by Senator Bernie Sanders”.

Ugyur, however, stepped down following staff allegations of sexist remarks in the past, with Kulinski following suit, citing disagreements with the staff.

His live discussion with lawyer, book author and award-winning journalist Glenn Greenwald in 2015 about New Atheism, the NSA, and Edward Snowden, was also ranked among the highest- ranked videos.

What Did Kyle Kulinski Say About Russian Election Interference?

In 2017, amid allegations of Russian interference in the US elections, Kulinksi reacted to fellow political commentator and comedian Bill Maher not once but twice, within five months of each other. Maher maintains that while US stopped fighting the Cold War, Russia didn’t. So he called for a resurgence of defensive actions, saying if Russia will continue to attack the US, then the US “should really fight back.” Kulinski does not believe in the Russian conspiracy theories and responded by saying Hillary Clinton lost not because of Russian intervention but because of campaign blunders.

His background on Political Science is harnessed on a regular basis in his Secular Talk show and more so in live debates, like this one against Republican Charlie Kirk in Politicon, on November 2019.

Kyle upholds friendship with fellow political commentator and progressive movement member David Pakman, but has rebutted the latter for his views on Medicare for All.

For broadcasting an “anti-Bernie propaganda”, Kyle harangued equally famous political commentator Ben Shapiro but the two have not engaged in a live debate.

Despite having a huge following on Youtube, some people find the Secular Talk show host disagreeable and few people call him stupid or moron. One channel with far less subscribers and views, for instance, uploaded a video entitled “I hate Kyle Kulinski”.