Nikko Hurtado is an American tattoo artist and television personality. He is the owner of the Black Anchor and featured on TV shows like LA Ink and Ink Master. Nikko and his friend Dan Smith both appeared on LA Ink. He is best known for his highly detailed colored portraits. 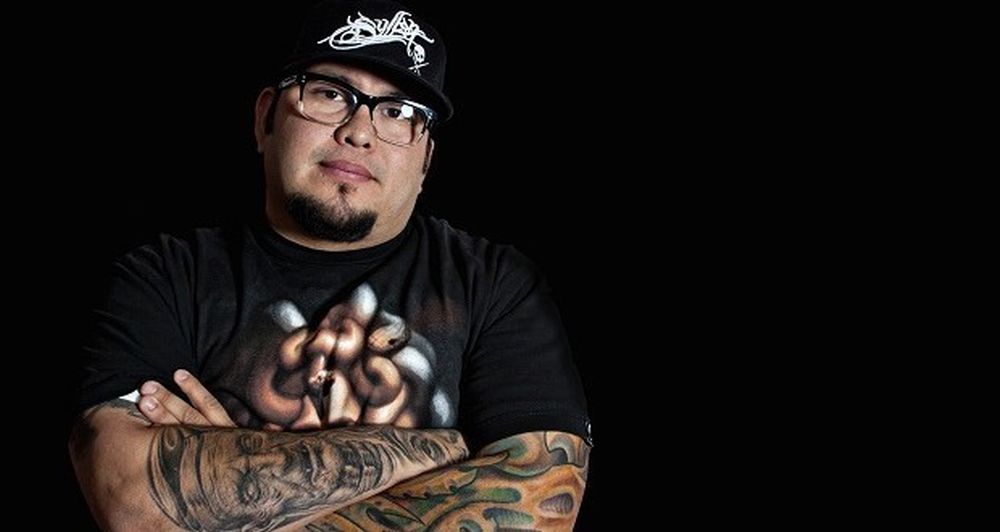 Who Is a Nikko Hurtado?

Nikki Hurtado was born as Nicholas Humberto Hurtado on 12 March 1981 in San Fernando Valley, California. He is the son of Mexican welder and a Hispanic homemaker. Nikko grew up in the high desert drawing cartoons and characters for fun.

He has a sibling named Mat Hurtado who is a tattoo artist. By nationality, he is an American and is of Mexican-American ethnicity. As a child, he loved to art. At the age of 16, his love for art transformed with his long-term friend, Mike DeMasi.

Then he and his friend started taking classes at the Art Center of Pasadena. He took classes for many years, but later he decided to give up on art to do construction.

Nikko Hurtado is a Tattoo Artist

Nikko Hurtado began his career as a tattoo artist in 2002.

After three years of hard work, he continued his career in ‘Art Junkies Tattoo Studio.’ He worked there for a short period of time and offered him an internship. Before he stepped up as a tattoo artist, he never has a tattoo himself.

He had seen several tattoos in his family and friends He once said,

“I had always wanted to art for a living and was so happy that it happened so organically,” says Nikko “It was like tattooing chose me.”

After a year later, Nikko did a tattoo that changed his career forever—a Batman color portrait.

That was the first time that he ever attempt and when it was complete, the client entered it into the Pomona Tattoo Portrait Contest, took home first place. https://www.instagram.com/p/BPGZrcvgCma/?utm_source=ig_embed Nikko founded his own tattoo studio named Black Anchor Collective in 2010 in Hesperia.

Many peoples appreciated his work. In the year of 2013, Nikko reached at next level in his career with his first solo art show ‘Renati.’ Afterward, he debuted a series of paintings at the Corpo Gallery in Santa Monica, California.

In 2017, Hurtado opened a new studio which located at Black Anchor in Los Angeles, California on Melrose Ave. He has appeared on LA Ink and Ink Master. Nikko starred as a Jury for the Chaudesaigues Award in 2012. Hurtado has appeared on numerous TV shows such as Tattoo Wars, Tori & Dean and more.

He has tattooed many celebrities like Drake, The Game, Fred Durst, Chris Cole, The Rock, Jenna Jameson, Jeffree Star and many more. Nikko has tattooed across the world and given many instructional seminars about the use of color theory and technique.

How Much Nikko Hurtado’s Net Worth?

Nikko Hurtado earns an enormous amount of money through his professional career as a tattoo artist. His estimated hourly rate of tattoo is between $150 to $200.  However, his actual net worth and salary is not disclosed to the public.

He also made considerable money through his reality television shows, instructional DVDs and his tattoo studio.

Who is Nikko Hurtado’s Wife?

Nikko is a married man. Nikko Hurtado married Joanne Hurtado, and together they have three children.

He has shared several photos of his kids and wife on his social media. Except for his love of tattoo, he spends his time traveling the world and also managed time for his family from his busy schedule. There is not much information about his family background on any sites.

How Old Is Nikko Hurtado?

According to his wiki, the tattoo artist is 37 years old. The details of his height, weight, and body measurement are not provided.

He has tattooed several tattoos on his different parts of the body.

Nikko Hurtado is famous all over the world. He is also quite active on various social platforms and has garnered millions of fans followers. He has shared his tattooed on his social pages like Facebook, Twitter, and Instagram.