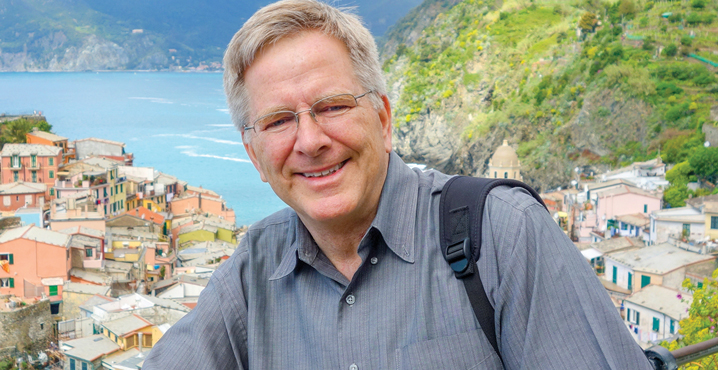 Rick earned a significant amount of money from his books which he authored and published by himself.

He has sold several books over the world which is all about the Europe countries. Rick also receive an attractive salary from the televison shows, radio programs, and another project. He has his one website ‘Guidebooks’ where you can get his books online.

Before the fame, he worked as a piano teacher.

Back in 2017, Travel Guru, Rick gave his $4 million apartment complex to YWCA for homeless women and their families. He owned the 24 apartments in Lynnwood and provided to YWCA.

It is called the Trinity Place. He wrote on his travel blog;

“ 20 years ago, I devised a scheme where I could put my retirement savings not into a bank to get interested, but into cheap apartments to house struggling neighbors.

I would retain my capital, my equity would grow as the apartment complex appreciated, and I would suffer none of the headaches that I would have if I had rented out the units as a landlord. Rather than collecting rent, my ‘income’ would be the joy of housing otherwise desperate people.”

After graduation, Rick Steves started off his career as a teacher.

He taught travel classes at The Experimental College which is a program in students and has no credits. At the time, he also worked as a piano teacher. His father owned a piano shop. Then, he stepped up his career to a new level.

He self-published his first general guidebook title ‘Europe Through the Back Door’ in 1980. Like the other guidebook entrepreneur, he opened the storefront business which was both the travel center and a piano teaching studio.

The store is located in his hometown. He took the travel classes and slideshow pre-book entrepreneur. He also did some traveling consulting and organized a tour of a few groups every year and keep updating his books. In April 1991, Rick Steves debut his first television show, “Travels in Europe with Rick Steves” which ended in 1998.

After that, he came back with a new travel documentary show “Rick Steves’ Europe” which aired on PBS Channel. The show premiered on 3rd September 2000. The show aired till 2016 which has a total of nine seasons and 115 episodes have been produced and broadcasts.

In the show, he travels across Europe. Season 10 began shooting back in September 2017 and will be in the fall of 2018. Apart from the television show, Rick expanded his career in the radio station. He hosted the weekly public radio program, ‘Travel with Rick Steves.’ In 2006, he became a syndicated newspaper columnist in Tribune Media Service column.

Rick launched the mobile application Rick Steves’ Audio Europe, a library of audio content including self-guided walking tours organized into the geographic-specific playlist for the iPhone and Android mobiles.

Rick Steves Is an Author

Rick Steves has written many travel books in his life.

In 1999, he began writing a new genre of travel guidebook ‘Postcards from Europe’ which is the bestselling international guide in the US. Steve encourages the readers of his many travel books to both travels independently and to see themselves as "temporary locals" instead of tourists.

Mostly, Steve’s books are published by Avalon Traveling Publishing. He has authored a book title ‘Travel as a Political Act.’.

Rick Steves is married to Anne Steve for a long time ago.

There is not much information is available about their marriage. Thus, the date is also not revealed. Before marriage, the couple dated each other for several years. 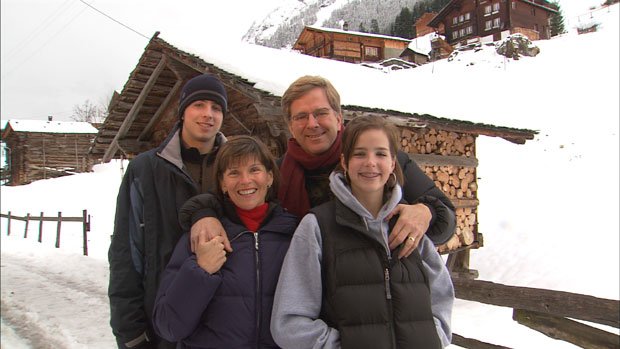 Rick Steves's Family Rick Steves has faced many difficulties in his life.

After several years of marriage, the couple got divorced in 2010. When he divorced from his wife, his fans are curious to know about the reason behind their divorce. The reason for their divorce has never been disclosed. In an interview, when he was asked the caused of the divorce; he said that it was just a “Personal Issue.” Neither Rick nor Anne talked about their separation issue.

Rick Steves is the father of two grown children, Jackie Steves and Andy Steves. He has a good relationship with his two children. His son, Andy is following the footsteps of Rick Steves. He has founded his own travel company.

Besides, he also written a book named ‘Andy Steves’ Europe: City-Hopping on a Budget.’

Richard Steves was born o 10 May 1955 in Barstow, California, The United States of America. His parent's names are Dick Steves and Ema Steves.

He has a sister named, Jan Steves who is an Iditarod racer. He is of Norwegian ancestry. Steve graduated from the University of Washington with a degree in Business Administration and Europan History. Richard used to assist his father in his piano workshop as a child from which he learned much about the piano.

Authored and television personalities, Rick Steve is active on all social platforms. he has over 98.5k followers on Instagram. Most of his posts are related to traveling. He has 94.9k followers on Twitter. Rick also has an account on Facebook and YouTube. His self-titled channel ‘Rick Steves’ Europe’ has 4.4 million subscribers and over 122 million views.