On the Mother’s Day, Committee honored her with the title “Mother of the Year” for her motherhood dedication. In 2016, Joan received the WWE’s second annual Warrior Award. 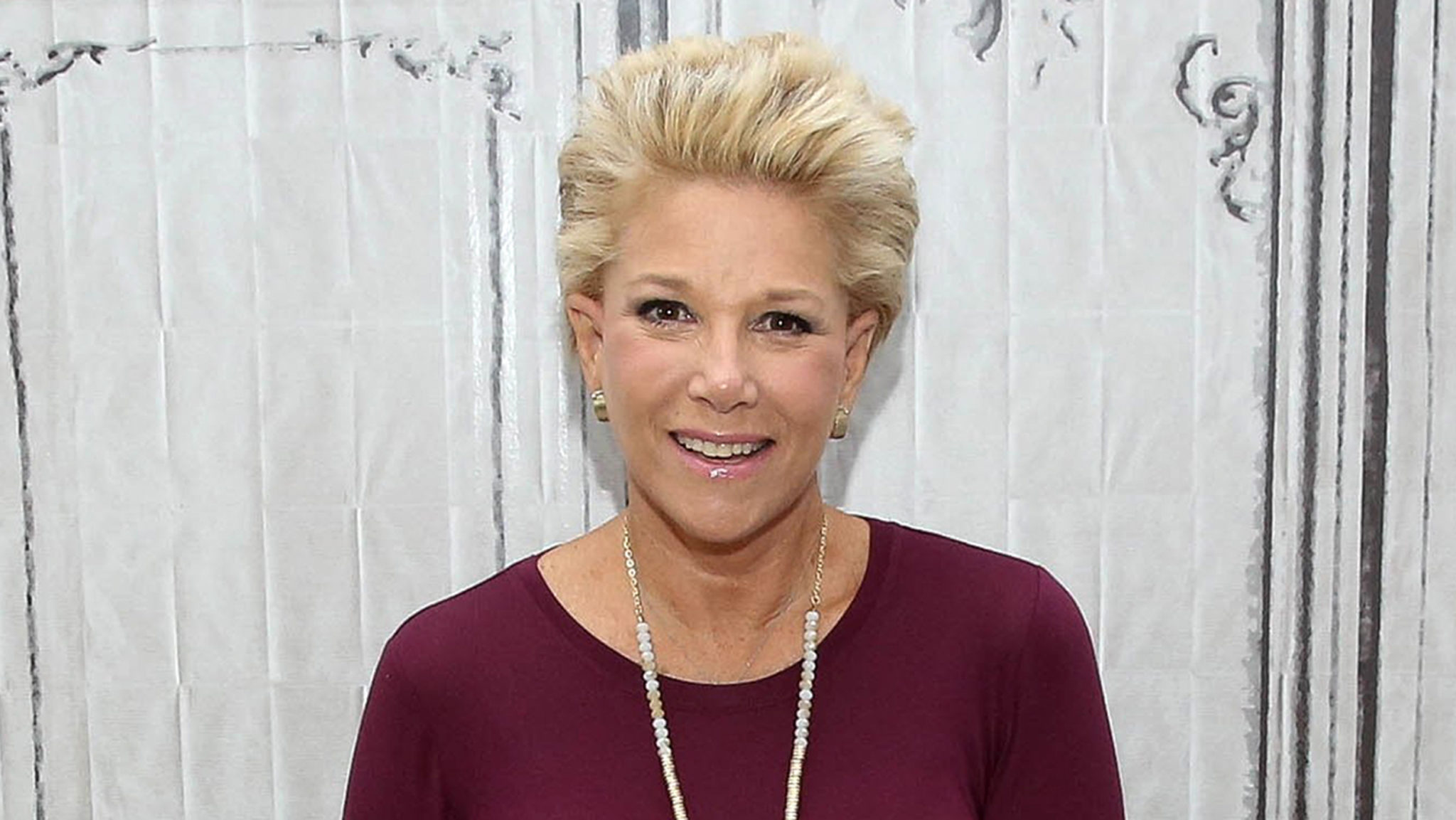 She is the daughter of Gladyce Lorraine and Dr. Erle Murray Blunden. She received her Liberal Arts degree from California State University, Sacramento. Later she went to studied Spanish and anthropology at the Universidad de Las Americas in Mexico City.

She is one of the best Journalist in the television. Joan has hosted several great TV shows during her journalism career. She earns a tremendous amount of salary from her work. Besides the journalist, she is an author.

She authored many books which have sold a large number of copies over the world.

By profession, she is a journalist and host who has an estimated net worth of $25 million.

Lunden authored her autobiography, “I’m Joan Lunden, Good Morning” in 1986 in which she shared her experiences she faces as a female journalist.

In 1988, she wrote a book named ‘Your Newborn Baby: Everything You Need To Know.’ Near the end of her tenure with GMA, Joan went to some physical changes. She lost lots of weight, and she wrote two books, ‘Joan Lunden’s Healthy Cooking’ in 1996 and ‘Joan Lunden’s Healthy Living: A Practical, Inspirational Guide to Creating Balance in Your Life’ in 1997.

You can also get her book on Amazon. She has involvement in an organization such as the American Heart Association, American Stroke Association, and Michael Bolton Charities.

After her graduation, she worked as an anchor at KCRA.TV.

She started her broadcasting career where she worked for KCRA and co-anchor of the daily noon television news program. After gaining experience from her previous work, she joined New York’s WABC-TV’s program, ‘Eyewitness News’ in 1975.

After a year, she became co-anchor on the weekend newscasts. Then Joan joined GMA (Good Morning America) as a news reporter in1976 later she served as a co-host for ABC’s coverage of Winter Olympics. In 1980, Joan Lunden joined as a full-time host with Dabid Hartman.

From the 1970s to 1990s, Lunden got the opportunity to interview U.S. Presidents and first Ladies including Gerald and Betty Ford, Ronald and Nancy Reagan, Jimmy and Rosalynn Carter, Bill and Hillary Clinton, and George and Barbara Bush.

You may like Betsy Woodruff: Engaged to Jonathan Swan, Controversies, Daily Beast

Later, in 1987, David Hatman retired from the show, and Charles was on Board as Lunden’s new co-host on GMA. The audience loved the pair, and the show became one of the highly rated shows against NBC’s The Today Show with Bryant Gumbel and Jane Pauley.

Besides her appearance, she was in numerous projects like the short-lived syndicated show, Everday with Joan Lunden which produced by her husband. Lunden also hosted the A&E network show ‘Behind Closed Doors’ and guest-hosted the network’s show ‘Biography’ on several occasions.

Journalist Joan Lunden was twice married and divorced. Popular GMA, host Lunden was married to her long-term boyfriend, Michael A.

Krauss in 1978. The couple spent a good time together. While she was serving as a full-time co-host with former David, she was pregnant. On 4th July 1980, she gave birth to their child, Jamie Beryl Krauss and took a break from her work. 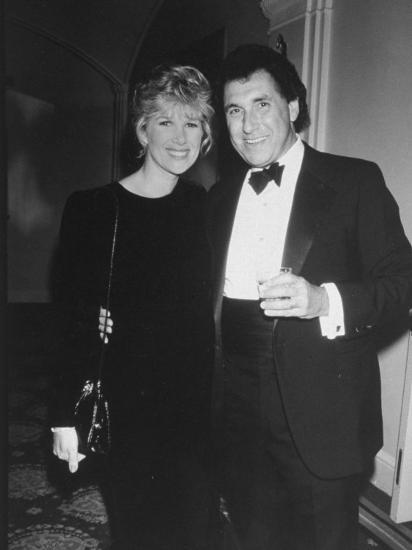 Joan Lunden And Her Husband After being together for 14 years, Joan and her ex-husband, Krauss announced that they were getting a divorce.

The couple divorced in February 1992. While she was married to Michael, she converted to Judaism.

After divorced with Michael, she married for the second time with the owner of Camp Takajo, Jeff Konigsberg on 18 April 2000 at the age of 50.

Joan and Jeff had four children together. She has already three children from her ex-husband. 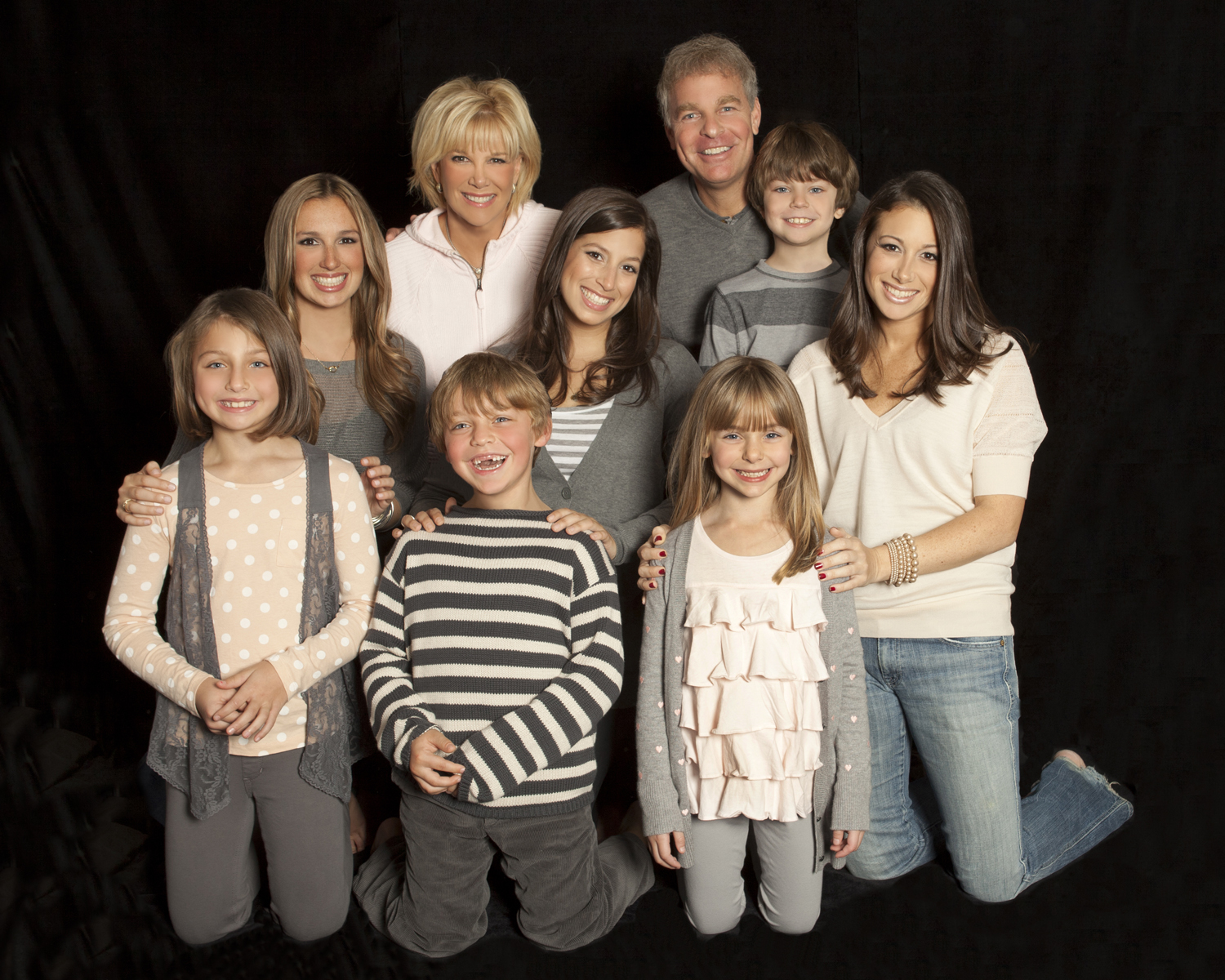 Joan Lunden's Family Joan Lunden became a mother of twins kid at the age of 54. After three years, the couple welcomed their twins babied with the help of a surrogate mother, Deborah Bolin.

In 2005, Joan and her husband, Jeff Konigsberg welcomed their second set of twins, a girl and a boy on March 1st. The couple named the twins, Kimberly Elise and Jack Andrew. The twins kids were carried by the same surrogate, Deborah who delivered the Joan and Jeff’s first twins, babies  20moths earlier in the same Cincinnati hospital.

68, Joan welcomed his first grandson, Mason Levi on 9 September 2015. Manson was the son of Joan’s eldest daughter, Jamie, and Manson.

Joan Is A Breast Cancer Survivor

In June 2014, Joan Lunden revealed that she had breast cancer.

Through her website, she shared her health condition to her fans. Lunden wrote,

“I consider myself fortunate that I found this in the early stages.”

“prognosis is so promising. ”

She knew about the breast cancer only after an ultrasound.

A tumor was in her right breast. Then she began her chemotherapy and surgery. Now, she is fir and healthy; she is living happily with her four twins kids and her husband.

Talking about her body measurement, Joan has a height of 5 feet 4 inches.

Also, don't forget to like us on Facebook and Instagram.
TODAY'S MOST POPULAR
CINEMA
Top 3 comedies that will make you laugh to tears
A $14.5 million worth of luxury watches were stolen from a Berlin department store
Brazil's team doctor on the possibility of Neymar playing against South Korea
Jennifer Lopez shares a picture of her son Max lying on her husband Ben Affleck
Tesla has delivered its first electric semi truck
Volodymyr Zelensky: "We understand that terrorists are planning new attacks"
"Indiana Jones" 5th installment trailer and title released.
An unexpected desert scene: A fish-shaped rock emerges from the sand
Discovered: The drug for diabetes causes enormous problems for the offspring!
Israel's singer collaborated secretly with Iranian artists in Istanbul
THIS WEEK MOST POPULAR
ATHLETES
Romelu Lukaku memes flood the internet after Belgium's shock loss against Croatia
Volodymyr Zelensky angry with Elon Musk: Come to Ukraine
Kim Kardashian declined the offer to join the Balenciaga campaign after the scandal
Simon Cowell trolled after his dramatic appearance transformation
The rapper Kanye West praising Hitler and defending the Nazis
Hailey Bieber insists she isn't pregnant as she discloses ovarian cyst
The PC version of The Callisto Protocol disappointed gamers
Top 3 scariest horror movies!
The five most common signs of a heart attack that appear one month before
Delta4x4's G-Class is ready for the toughest weather conditions