Tana Mongeau is an American YouTube star who makes videos discussing strange instances from her personal life. Similarly, she is also well-known for her story time and rant videos. Tana has over 3.7 million subscribers on YouTube, 2.4 million followers on Instagram and more than 1 million followers on Twitter.

Furthermore, Tana Mongeau is a controversy queen. She has been in many controversies such as TanaCon event, kissing Bella Throne and argument with another YouTuber iDubbbz on Twitter. Let’s dig into those controversies and find out some interesting facts about her as well as know her wiki, bio and net worth. 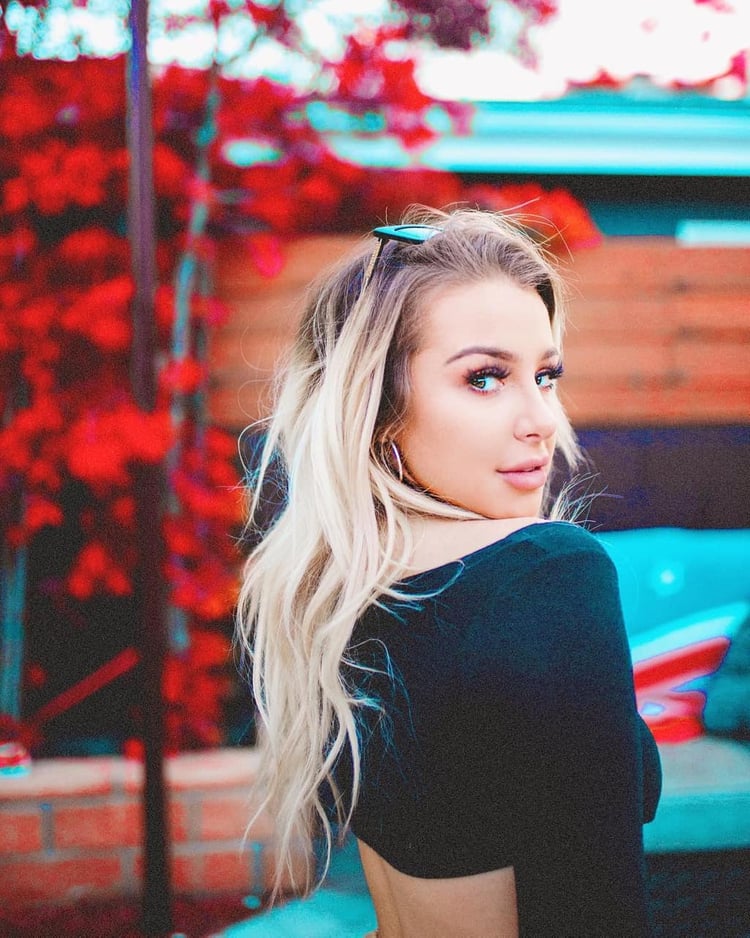 You may already know about VidCon. It is the video creator conference that takes place in many countries where big YouTubers and their fans get together. In VidCon, they also give the badge of “featured creator” to some huge YouTube stars.

Feature creators have the right to access the backstage area so that they can stay away from the mass of their fans. Tana Mongeau also wants to enjoy that right, but she never had that right in past two years. Similarly, when she had tried to access backstage without permission, security kicked her out.

Moreover, this year they told her she was banned for life to join VidCon. In response to the ban, Tana decided to organize her own event called TanaCon. She had decided to organize that event on Friday and Saturday, June 22 and 23 of 2018, on the same weekend when VidCon was to be held.

The weekend was set to feature appearances of Bella Thorne, Miranda Sings, Shane Dawson, and other surprise guests. However, TanaCon was forced to Shut Down by the Fire marshals when the large crowds became a safety concern.

She had supposed that around 4000 people would join her event TanaCon, but it was reported that 20,000 people showed up on an opening day before the event canceled outright. Later, she apologized for TanaCon disaster on her Instagram.

Here is the tweet about TanaCon that shows the huge mass of people.

On December 10, 2016, Tana Mongeau tweeted at iDubbbz (Ian Carter) mocking him for his frequent use of the N-word in his videos.

She also mocked him in n her live streams and other videos too. In response, iDubbbz purchased a VIP ticket of the show of Tana in San Francisco and attended the show. At the VIP meet-and-greet, he posed for a picture with Tana, and while the photo was being taken, he used N-words upon her.

This caused anger from viewer and Tana responded it by prompting security to take iDubbbz out of the building. Eventually, iDubbbz had left the show with any force applied by security.

Her boyfriend and relationship with Bella Throne

However, after dating for almost two years, the couple called it off in April 2017. What actually happened is, Tana, filmed a video with Kian Lawley, a YouTuber, where she was doing a lap dance on him. When Somer saw this video, he felt betrayed, and he turned to social media to express his feelings of betrayal and shade the crap out of the blonde.

Then after all the drama with Somer had ended, she sparked her romance with an actress and singer Bella Throne in 2017. Both of them uploaded pictures of kissing each other and calling it official. Moreover, it seems they are still together as we can see her pictures with Bella in her social media accounts.

Tana Mongeau was born on June 4, 1998, on Los Vegas, Nevada, United States. Her parents are Richard Mongeau and Rebecca Mongeau. She had a rough childhood, and there is constant fighting in her household.

Beside this, there isn’t any further information available about her childhood and family. Being born in such a vibrant city that is famous for gambling, entertainment, and nightlife. Tana exposed herself to parties, drugs, and alcohol at a very young age.

Tana Mongeau is a 24 years attractive girl, thanks to her beauty and slim figure. She has a height of 5 ft 5 inches (approximately 162cm) and weighs about 119 pounds.

She loves to change her hair color to shades of red, white or brown. In her free time, she loves to go swimming.

Tana Mongeau started vlogging in 2015. She came into the fame when she started making videos and posting them on YouTube.

Her videos were about her everyday life, makeup tutorials and many other interesting topics concerning celebrities or latest events. Her video KICKED OUT OF WALMART was her first ever video which reached 1 million views on YouTube.

Tana became an instant hit on YouTube with all her videos, in which she talked about her life and all. The way she told the story and all those experience she had faced while living in a fiery city caught the attention of her viewers, and soon she became a star.

Following her success on YouTube, she also collaborated with other YouTubers like Gabbie Hanna and Shane Dawson. Initially, Tana had many haters who criticized her videos by passing several comments on them. They even compared her with Jenna Marble, who is an American YouTube personality, vlogger, comedian, and actress.

Jeena was also badly criticized back in her days for her YouTube videos. However, Tana Mongeau never stopped by hate words and even addressed this issue in one of her videos and taking a wise step she let them talk and kept on doing her work.

Leaving behind all her haters and their criticism, Tana’s went to her success and kept on achieving fame.

In 2017, she had gained 3,000 new subscribers per day. As of 2018, her monthly subscription rate is average between 100k-200k per months. Therefore, she is definitely making a lot of money from YouTube. Here is the detail of her YouTube earning, other income sources and net worth.

According to Social Blade, Tana’s first YouTube channel helps her to generate a sum which ranges from $48.1K -$769.3K yearly. As for her second account, it generates about $16K-$251.2K yearly.

(And it rises daily) Not bad for a 24 years old, self-made artist.

Apart from being a sensation on the internet, she has also worked on TV shows. She had acted in Minute Match-Ups, Escape the Night and Chaos Wolves, from which she has also earned hundreds of dollars.