Fast and Furious franchise brought many new things to the moviegoers. From its breathtaking action scenes to eye-pleasing machine horses, the movie has it all. More importantly, it gave numerous actors a stable career. One of them happens to be Jordana Brewster.  Not to mention, her role as Mia Toretto catapulted her career from some actress status to the actress.

Despite being famous worldwide for her character, not many know about her life behind the curtain. Today, we will move that curtain and show what she really is behind the reels. More on Jordana right now. 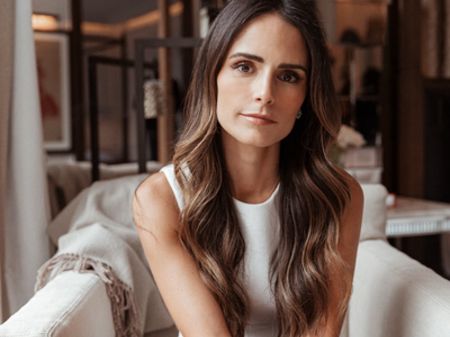 Jordana Brewster Let's start the article with some facts first.

Age, Height, and Measurements: How Tall Is Jordana Brewster?

The gorgeous actress's birth sign is Taurus. Despite being in her late 30s, Brewster is still as vibrant as ever. Her radiating smile and aura barely give the vibe of an adult. Standing at 5 feet 7 inches(170 cm), Jordana used to model in her early days.

Similarly, Brewster weighs around 56 kg(124 lbs). She has maintained her healthy body and pear figure with a strict, no red meat diet and cardio exercise. Nonetheless, this gorgeous diva has got an excellent body measuring at 34-25-36 inches.  Moreover, Brewster has got stunning dark brown eyes that go well with her small, but long face.

'Fast and Furious' actress, Brewster was born in Panama City, Panama as the oldest of two daughters. She is the daughter of father, Alden Brewster, and mother Maria Joao, also known as Leal de Sousa.

As for their profession, Brewster's father is an American Investment Banker while her mother is a former swimsuit model from Brazil. Formerly she posed for the cover of Sports Illustrated in 1978. Likewise, the actress was just two months old when her family moved to London.

After spending six years there, Brewster's family again moved to Rio de Janeiro. It was there she learned to speak Portuguese fluently. Jordana then relocated to Manhattan, New York City, at the age of 10. The young actress then studied at the Convent of the Sacred Heart and graduated from the Professional Children's School.

Furthermore, Jordana graduated from Yale University and acquired a B.A. degree in English in 2003.

Talking about her career, Jordana began as a soap-opera actress. For her debut, Brewster starred in as Anita Santos in the soap 'All My Children' where she only appeared once.

After that, the young actress then appeared in another series, As the World Turns from 1995 to 2001.  Similarly, the Raven-haired actress made her film debut from the 1998 movie, The Faculty. Directed by Robert Rodriguez, the horror film starred Elijah Wood, Josh Hartnett, and Clea DuVall. 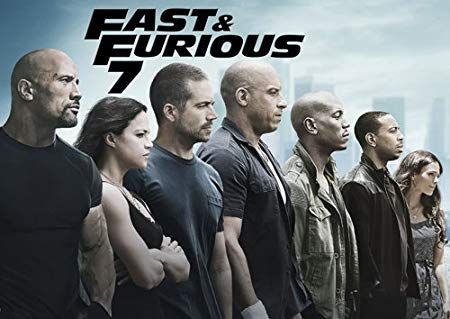 Fast & Furious 7 However, in the 2000s, Brewster's career began to take a definite hike.

Yes, Jordana indeed came to rise as an actress in the 2000s; however, Fast and Furious helped her make the name that she is today. No can deny that Jordana Brewster's popularity reached a new height because of that movie. 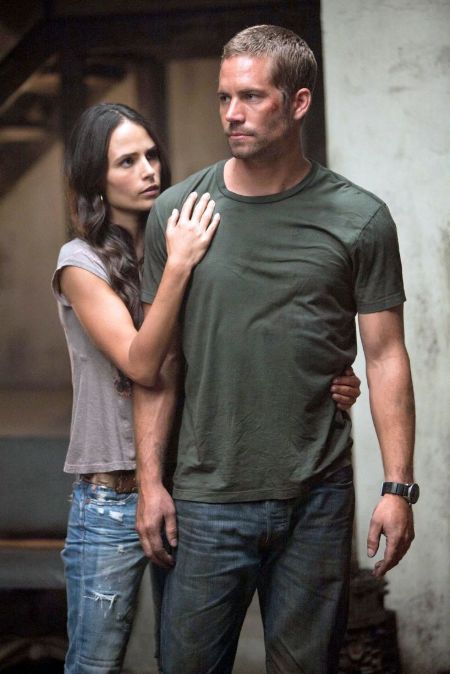 Jordana Brewster and Paul Walker Likewise, Jordana first portrayed the role of Mia Toretto in 2001, and now the name is stuck to her forever. The movie, which also starred other stars like Vin Diesel and Paul Walker, was a commercial success.

Not to mention, it was a commercial success as well. It grossed over $207 million in the box office worldwide. Following the success, the actress retained her role in the other movies of the franchise as well. The other movies include Fast & Furious(2009), Fast Five(2011), Fast & Furious 6(2013), and Furious 7(2015).

Being a notable actress, it is not hard to believe that Jordana has received many awards and nominations. For her role in 'As the World Turns,' the actress received the Outstanding Teen Award in the 1997 Soap Opera Digest Awards.

Likewise, Jordana was nominated twice for the Teen Choice Award for her performance in the movie, The Texas Chainsaw Massacre. Just like that in 2002, Jordana waa ranked 96th hottest woman in their "102 Sexiest Women in the World' by Stuff Magazine.

After the 'Fast and Furious' franchise blew up, so made the actor's career. Since then, many people have grown familiar with the cast of the movie. Among them, Jordana has also gained a massive fan following.

Likewise, many are eager to know about her personal life. Well, if you would like to know, Jordana is a married woman as of now. The versatile actress is married to her husband, Andrew Form, who is an American producer. As mentioned, the duo first met on the set of The Texas Chainsaw Massacre: The Beginning.

Since then, the love blossomed between these two, and eventually, the lovely couple tied the knot on November 4, 2006. 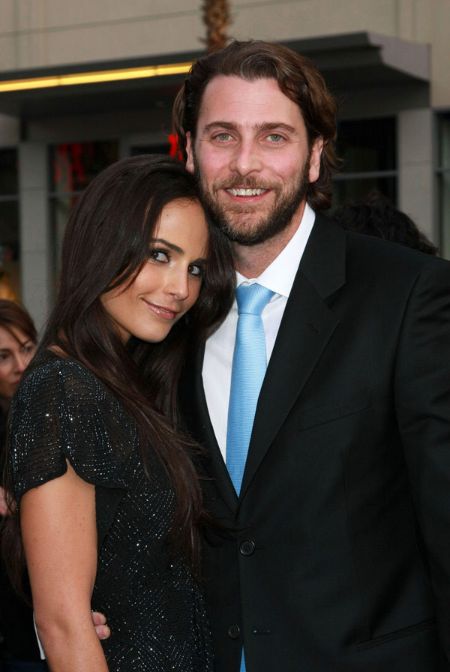 Jordana Brewster and Andrew Form After the engagement, the couple then tied the knot in a private ceremony on May 6, 2007.

The service was held in a private ceremony in the Bahamas on May 6, 2007. Just a year after their wedding, the duo welcomed their first child, Julian, on September 10, 2013.  Furthermore, on June 9, 2016, the actress welcomed their second son, Rowan.

Both of their children were born through a gestational surrogate.

Net Worth and Income: How Much Is Jordana's Worth?

The 39-year-old actress's career reached a new height after the 'Fast and Furious' franchise kicked off. With that, Jordana got many new gigs and projects that further honed her skills.

Because of that, Brewster has collected a significant amount from her acting career. As of 2020, Jordana Brewster has an estimated net worth of $12 million. On the internet, however, many sources claim it to be less. Nonetheless, the actress herself has not verified her net worth, so it is hard to distinguish the truth.

But there's no denying that Jordana did earn ample amount from her career. Not to forget, aside from acting, Brewster's income also comes from her role as a model. With this, her asset and other financial details are also under survey.