The England-born actress Sophie Cookson came to prominence after starring in Kingsman: The Secret Service. Her acting credits include a handful of film and television shows. 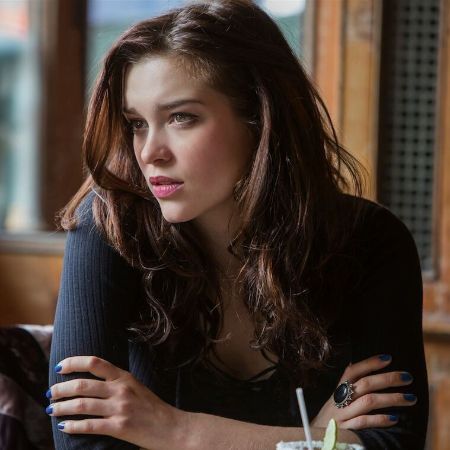 Still of Sophie Cookson from Netflix's Gypsy We will learn more about Sophie in today's article.

Let's take a look at some quick facts we gathered on this English beauty!

Sophie Cookson was born to Marie, an English teacher and Colin Cookson,  a  finance worker, on 15 May 1990, in Haywards Heath, West Sussex, England.

Although she partly grew up in Sussex, her family moved to Suffolk, where she should spend most of her childhood days with her younger brother. Also, Sophie has a zodiac sign of Taurus. https://www.instagram.com/p/BgL2m0IH7cA/ A British national whose ethnicity, however, remains unknown.

Sophie was a young girl when she developed a taste for music and acting. As a result, she got involved with British Youth Music Theatre and even toured Japan.  But, her parents did not perceive acting as a viable career, and Sophie got set on studying Arabic and art history.

Just then, life intervened, and she got steered back to acting and later graduated from Oxford School of Drama.

Similarly, she weighs an astounding 50kg (110 lbs). Cookson has a slim body figure with measurements of 34-inches of the breast, 24-inches of the waist, and 35-inches of hips that fit banana-shape classification. In the same way, she wears a bra size of 34A and a dress of 4.

As most people say, beauty comes in all shapes and sizes, and our girl isn't exempt from it.

Moonfleet was her first role as an actress that paved a way to other projects that managed to pull her into the limelight.

In 2014, Sophie's career took to new heights when she landed the role of Roxanne "Roxy" Morton/Lancelot. Subsequently, she received nominations for Empire Award for Best Female Newcomer. https://www.instagram.com/p/BYNTmDnBcN8/ Aside from movies, she has fewer credits on television.

In 2014, she appeared in tv movie Unknown Heart as Millie Lancaster. In the same way, Gypsy, an American psychological thriller, saw Sophie in the leading role as Sidney Pierce. The show airs on Netflix. https://www.instagram.com/p/BfQntsVny52/ Furthermore, Sophie appeared in The Huntsman: Winter's War in the role of a huntress named Pippa, which had a star-studded cast including Charlize Theron, Emily Blunt, Jessica Chastain, and Chris Hemsworth.

Added to that, The Crucifixion, Pleader, and Ashes in the Snow are some of her lesser-known roles.

In like manner, Cookson made an appearance in Red Joan where she would later meet her partner, Stephen Campbell.

Sophie reprised her role as Roxy for Kingsman's sequel Kingsman: The Golden Circle. She was part of big blockbuster movies and is still booking part. Finally, she has a new film Infinite coming out in 2020. So, show some love and head to theatres in 2020.

To begin with, Sophie started acting at the age of 23; hence it is quite understandable that she won't have much net worth. Thus, she managed to garner a total of $500k from 6 years of acting stints.

Nonetheless, let's not lose faith and keep showing support for this burgeoning talent. https://www.instagram.com/p/BhZB2oanzji/ On the other hand, she has no ties with any endorsement brands. She is mildly popular and earns a significant sum from her social media accounts.

Our best wishes for her future successes and hope we get top see more of her in the coming days.

In 2014, news surfaced that Sophie was in a romantic relationship with actor Andrew Goyer. She is rather private about personal life and mostly remains tight-lipped.

Nevertheless, the couple were having a good time together and even announced their engagement. Alas! their bond had to break as Sophie called off the wedding, and two decided to part ways.

Sophie's heart melted for her Red Joan co-star Stephen Campbell, who previously was a married bloke, tying the knot to actress Claire Foy. Campbell and Cookson are genuinely in love and are enjoying each other's company, so we wish them the very best!