Born with a silver spoon, Trace Cyrus is mostly famous as the son of country singer Billy Ray Cyrus. He is the half-sibling of singer Miley Cyrus and Noah Cyrus. Trace is a singer, songwriter, and guitarist and also the original member of the band 'Metro Station.'

So far, how much he earns from his profession? Let's figure out Trace net worth, age, affairs, and his current girlfriend. 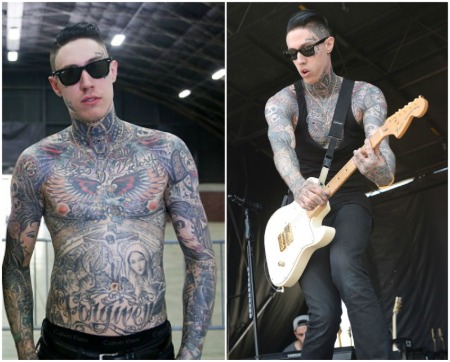 Trace Dempsey Cyrus aka Trace Cyrus is the son of Billy Ray Cyrus and brother of famous singer Miley Cyrus.

He was born on February 24, 1989, in Ashland, Kentucky, the United States. Trace was adopted by Billy Ray, his mother's second husband. His mother name is Leticia "Tish" Cyrus. 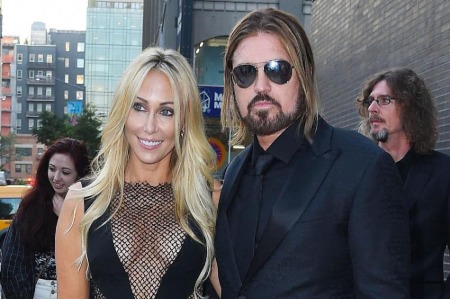 He holds American citizenship, and but his ethnicity is not known. Cyrus zodiac sign is Pisces.

Being a rich kid, Trace started working at a shopping mall in Burbank, California, back in 2006.

Trace Cyrus has a towering height of 6 feet 3 inches and weight around 70 kilos. As of now, he is 30 years old. He has a charismatic personality with the heart of gold.

Cyrus has attractive facial features with defined jawlines and cheekbones.

Trace Cyrus has at least 30 tattoos in his different parts of the body. He has inked the words 'stay gold' on his knuckles. Moreover, on the right side of his head, he has tattooed an eagle and a rose.

Also, on his right eyes, he has a cross tattoo. 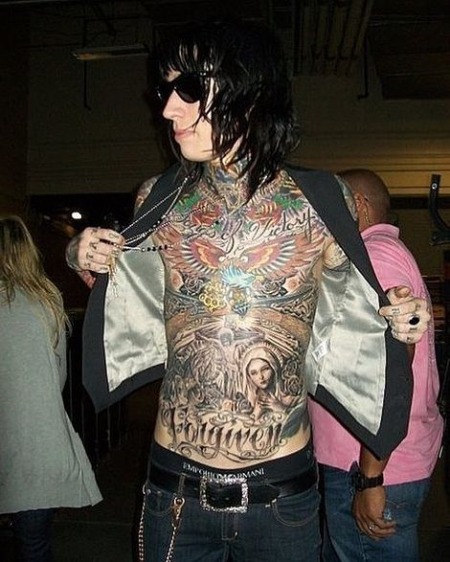 Trace is an American singer, songwriter, and guitarist. Throughout the career, Cryus has released many songs as well as write his own songs.

He formed the rock band, 'Metro Station' along with Mason Musso in 2006. That same year, he co-wrote a song Country Music Has the Blues for Billy Ray's album Wanna Be Your Joe.

Then Metro band signed a deal with Columba Records and toured as part of the 'Soundtrack of Your Summer' Tour in 2008.

Also, he appeared in Total Request Live. That same year, Trace featured in the track Hovering on Miley's album. He reunited with his band Metro Station, released a single titled Love & War in August 2014. Subsequently, he formed a pop group called Ashland HIGH and released their songs titled Break It Down and Pretty Girls.

Trace Cyrus has a net worth of $2 million, as of 2019. Born in a musician family, Trace already become famous but also earns fame and fortune for himself from his music sales.

Is Trace Cyrus Married or Single?

Trace Cryus is neither married nor single.

However, he is famous for his high-profile affairs. He has dated many gorgeous ladies in his life. Musician Trace Cyrus is engaged to his girlfriend, Taylor Lauren Sanders in the earlier year. He shared the happy news via social media, posting a sweet video that showed off a big diamond ring.

He stated, “Well… It’s official! SHE SAID YES! We’re getting married! I will love you FOREVER!!! @taylorlaurensanders.” 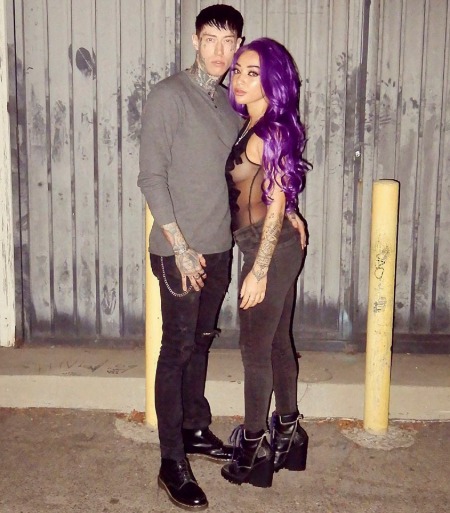 Trace Cyrus engaged to Taylor Lauren sanders
Source: People.com Before Taylor, Trace was in a relationship with actress, Brenda Song.

Trace and Brenda dated each other from 2005 to 2012. Earlier, Trace dated Hanna Beth Merjos, an actress of House of DVF television series. At present, Cyrus is serious with his latest girlfriend Taylor and might be marrying her very soon.

Social Media Belongs to a prominent family, Trace has garnered large numbers of fans followers in various social media platforms such as Twitter, Facebook, and Instagram.