In 2018, Kemper published a book titled My Squirrel Days. Now, let’s take a look at Ellie Kemper’s net worth, age, married life and what’s next for her. 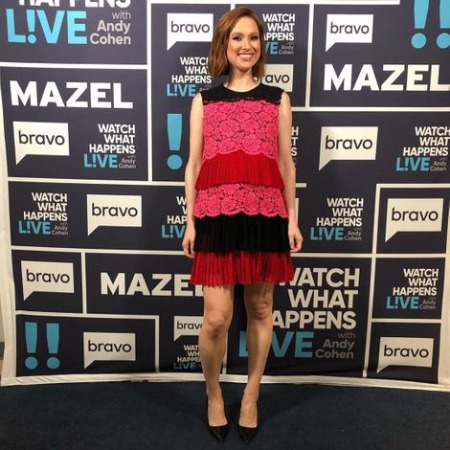 Who is Ellie Kemper?

Elizabeth Claire Kemper aka Ellie Kemper was born on May 1980, in Kansas City, Missouri to David Woods Kemper and Dorothy Ann.

Her father was the chairman and chief executive officer of a bank.

She is the second child among four children and her younger sibling Carrie Kemper is a well-known television writer. She holds American citizenship and is of mixed descent.

During her college, Kemper was involved in acting and later turned into her profession.

After graduating in 2000, Ellie went to Oxford University in England and then moved to New York to pursue her career in the entertainment industry.

Ellie has been active in the film industry since 2006 and still working.

Kemper stepped her foot by doing comedy roles at Princeton and eventually became a member of a touring musical comedy theatre troupe known as Princeton Triangle Club. Moreover, she has done many commercials during her early days.

Throughout her career, Kemper starred in a number of TV shows. Her first significant debut made in the comedy television series The Office. She portrayed as Erin Hannon that aired from 2009 to 2013. Since then she appeared in numerous projects such as Important Things with Demetri Martin, The Mindy Project, Unbreakable Kimmy Schmidt, Julie's Greenroom, Live in Front of a Studio Audience: Norman Lear's All in the Family and The Jeffersons, and more.

Furthermore, The Office actress made her appearance in many movies like Get Him to the Greek, 21 Jump Street, Bridesmaid, They Came Together, Sex Tape, and among others.

Also, she voiced in movies such as The Secret Life of Pets franchise, The Lego Batman Movie, and Smurfs: The Lost Village.  Other than that, Kemper starred as a 29-year-old lady, Kimmy Schmidt on the American TV shows Unbreakable Kimmy Schmidt from 2015 to 2019 that aired on Netflix.

The story focused on Kimmy's life who escaped from her cut and tried to start a new life in New York City.

Ellie Kemper's net worth is astonishing. She earns her wealth from her appearance on many TV shows and films.

But what's the actual figure of Ellie Kemper net worth? Kelly is one of the highest-paid streaming actresses of Unbreakable Kimmy Schmidt. Ellie Kemper has a net worth of $4 million, as of now. Back in 2016, Ellie and her husband bought a classic six co-op at 325 West End Avenue on the Upper West Side.

Is Ellie Kemper Married or Dating  Anyone?

Well, Ellie Kemper is a married woman. She engaged to her long-term boyfriend, Michael Koman in the early 2012 and got married on July 7 that same year.

Her husband is a writer and has written for Saturday Night Live and Late Night with Conan O'Brien. On July 7, 2019, Ellie Kemper posted their wedding picture, wishing 'Happy seven anniversary' to her husband with a lengthy statement that reads: "7 years ago today I made the biggest mistake of my life: getting married in New York City on the hottest day of the year.

But I also made the best decision of my life bc the person I married was @michael.koman. Happy Anniversary, Bug! ??" 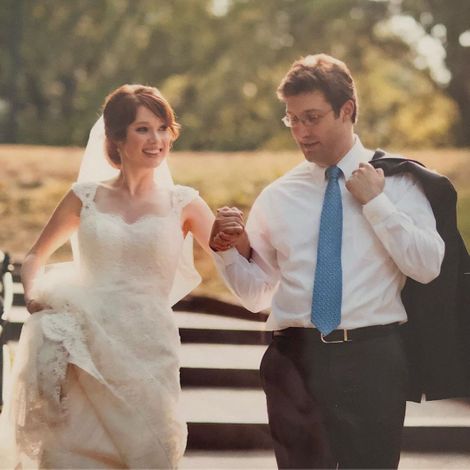 Ellie Kemper and Husband Michael Koman After four years, the couple welcomed their first child, a son, born on August 2016.

Recently, on May 17, 2019, news came out that Ellie and her husband were expecting their second child.

She has amassed over 2 million followers on Instagram where she shares day-to-day life of herself and with her friends and family as well.