Many people love the Orange Is the New Black actress Taryn Manning for her role as Tiffany “Pennsatucky” Doggett. She is also widely recognized for her role in the award-winning film Hustle & Flow and Crossroads.  Back in time, she came to the spotlight for alleged dating affairs with her girlfriend.

So, what happened between the couple? Let's find out. 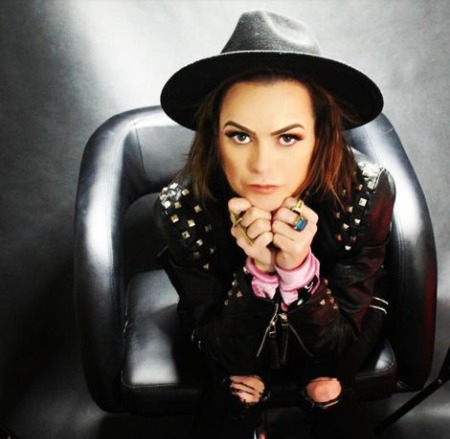 The multi-talented artist, Taryn Manning is the daughter of Bill Manning, a musician, and Sharyn Louise.

Born on November 6, 1978, in Falls Church, Virginia, her maiden name is Taryn Gali Manning. She was a toddler when her parents got divorced. Then she and her brother Kellin Manning raised by her single mother in Tucson, Arizona.

Taryn childhood life is not normal, like other ordinary children. Her family's financial condition was so critical. At the age of 12, her family moved to San Diego, California. When she was 14, her father committed suicide. Despite that, her mother was able to pay the fees of her acting, dancing, and singing classes.

In addition, she has mentioned the name of the school and college to the media. As a teenager, she worked as a waitress to support her family financially.

Manning has an average height of 5 feet 2 inches but her weight is not known.

Taryn Manning has appeared in numerous movies and TV shows and established herself as a prominent actress in Hollywood.

Taryn began acting in the late 1990s, appearing in minor roles in several movies and television production such as Get Real, Speedway Junky, The Practice, NYPD Blue, Popular and Boston Public.  Later, she made her first big-screen debut in a teen drama movie Crazy/Beautiful and also featured in 2002 movie Crossroads. Her other films credits are 8 Mile, White Oleander, Hustle & Flow, and A Lot Like Love.  Moreover, she guest-starred on many shows like Sons of Anarchy and Hawaii Five-O.

Over the years, she made appearances on many televisions and finally, landed on Netflix's series Orange Is the New Black in 2013 where she plays as Tiffany "Pennsatucky" Doggett. 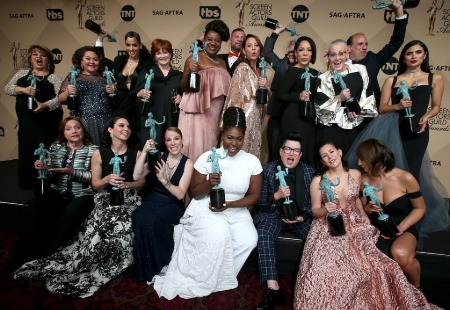 Above all, the actress spoke against the show on social media and stating a lengthy message on her Instagram, which had removed now. In a now-deleted Instagram post, the OITNB actress stated that "the show hurt me more than anything in my life." She added, "not one cast member cares about me." It was posted on 27 July on Saturday.

The day after, she shared a post claiming that her account was hacked. She shared a shot of herself along with OITNB co-star Uzo Aduba and captioned it, "My account was so epically hacked. I am back in and I am sorry." https://www.instagram.com/p/B0dJKfGhpKy/

In addition to her acting career, Manning is a singer and has released several music albums to date.

In 2003, along with her brother Kelli, she formed a band Boomkat and eventually signed by American Idol producer Randy Jackson, but the deal fell off the cliff.

After that, DreamWorks Records signed them for two years.

The band released their first single Run Boy in March 2009. The band has released other tracks including Lonely World, The Dreamers, MySpace and so on. Taryn Manning went to pursue a solo career the same year and dropped her first single, So Talented.

She also worked with other artists and released a song All The Way along with Bynon in January 2015. Additionally, she posed nude for Playboy Magazine in April  2011.

Taryn Manning has a net worth of $3 million as of now.

She has summoned most of her wealth from her acting and music sales. Furthermore, she has owned a record company, Little Vanilla Records.

Besides, Manning has a clothing line called Born Uniqorn alongside her best friend Tara Jane founded in 2005.

Other than that, she appeared in advertising campaigns for Juicy Couture and Frankie B. Taryn also featured on the cover of several magazines such as 944, Miami Living, Nylon, Stuff, Dazed & Confused, etc. 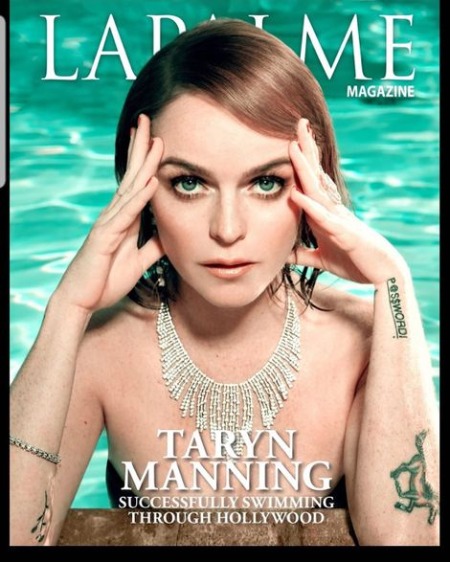 Is Taryn Manning Married or Dating Someone?

Taryn is one of the people who never have been tired to work hard even after reaching the height where she is now.

But having a successful life, she is not able to satisfy the need for love and intimacy. What about her love life? Is she dating someone? Though she has not disclosed anything regarding her love life, back in 2015, she had been in the headline when Jeanine Heller constantly stalked her. 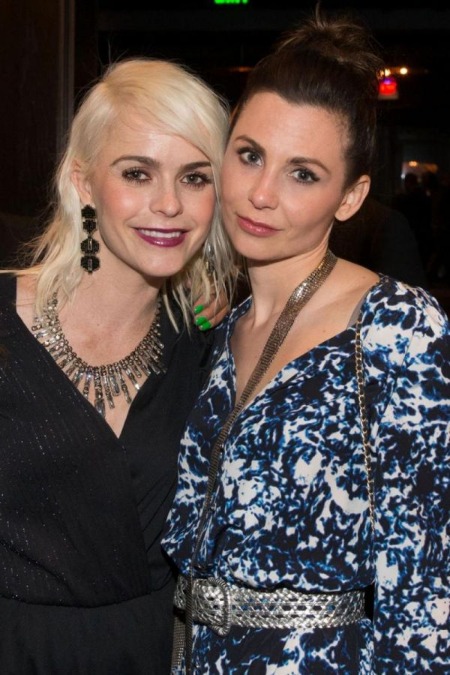 Taryn Manning dated Jeanine Heller
Source: Liveramup According to some sources, Heller got the number of Taryn by using some app and kept on contacting her, which could not be traced.

This lead Jeanine being jailed for four times. Besides, nothing is known about her past relationships.