Lori Harvey, 22, the stepdaughter of Steve Harvey, is making headlines after she was seen with the 49 years old rapper, Sean "Diddy" Combs, father of her ex-boyfriend, Justin Combs, on July 24, 2019, in NYC. Lori Harvey is a model and internet star.

She has fan followings over 1 million on Instagram. Did you know that Lori is a former equestrian who stepped into the modeling in 2017 and modeled for various brands, including Dolce & Gabbana? 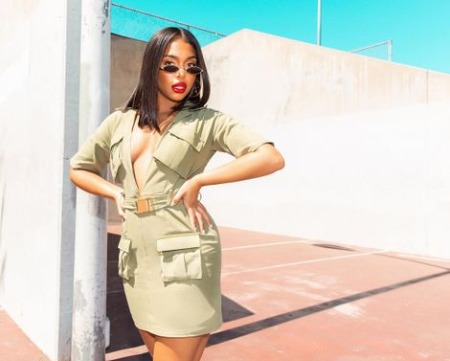 Lori Harvey, stepdaughter of Steve Harvey
Source: Instagram Want to know more about Lori Harvey then here are some facts below.

Lori Harvey and Diddy Dating rumor | Here's what we know!

Reportedly, the stepdaughter of Steve Harvey, Lori was spotted with Sean “Diddy” Combs, 49, in the Soho neighborhood of New York City on July 24, 2019. 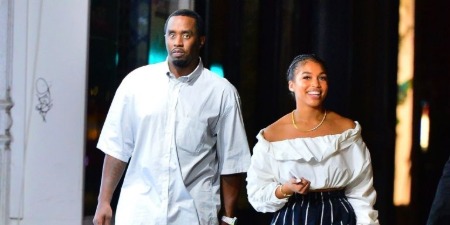 At the end of the day, Lori's friend, Elisa Johnson shared Instagram Stories that showed she had been by her side all day. TMZ reported that Lori and Diddy are family friends.

Moreover, the two have been spotted on many trips. As of now, the rumors of their dating is spreading like a wildfire over the internet.

Lori Harvey Engaged to Memphis Depay | Past Affairs and Ex-Boyfriends

The model has linked up with many other celebrities and even planned to get married but sadly it didn't happen.

Lori was engaged to Dutch soccer player Memphis Depay back in June 2017. 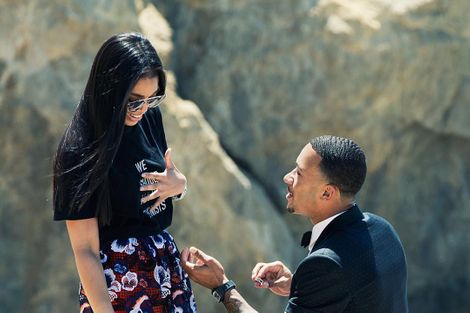 Lori was engaged to Memphis Depay Lori's stepfather Steve and his wife Majorie even gave a blessing to her, via Instagram post writing. They'd mentioned that they both were proud to announce the engagement of their youngest daughter, Lori, and Memphis.

Depay plays for the French Club Lyon and the Netherlands National team. However, Lori and Memphis call off their engagement in 2018. 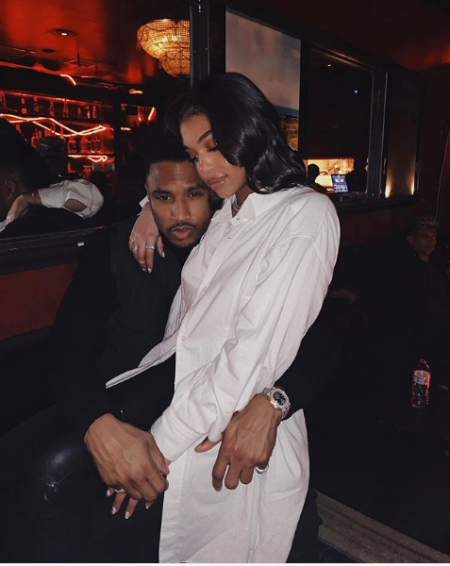 Lori Harvey briefly dated Trey Songz. After that, at the end of 2018, Lori romantically linked to singer Trey Songz.

Paparazzi caught her with the Mr. Steal Your Girl rapper in December 2018. The lovebirds were seen together on New Year's Eve in San Francisco.

Once again, the duo was spotted out at a jewelry store in Beverly Hills that same year.

When she got spotted, Lori rushed to hide in her car. Furthermore, the model dated the 25 years old, football player, Justin Combs, son of Diddy with whom she's seen recently. In February, the two were spotted chumming it up at a Supre Bowl party hosted by Diddy.

Additionally, Harvey and British car racing driver, Lewis Hamilton, 34, were also a couple in the past.

Lori Harvey has traveled the world as a professional model, posing for many top fashion designers as well as walking on several runways.

Lori Harvey has an average height of 5'3" who is six inches shorter than most traditional runway models. Despite that, Lori has modeled for Dolce & Gabbana, Milan and many more. Harvey told BET,

"Being that I’m not a traditional model, it’s kind of cool because I feel like it’s opening up a door for a new generation of models that look more like me versus being 5-foot-10 and super skinny [with a] super flat stomach and super skinny legs like everything looks so perfect."

In addtion, she worked with beauty brands such as Sephora.

How much is Lori Harvey net worth?

The model earns a decent amount of money from modeling and endorsements. As per sources, Lori Harvey estimated net worth is $750,000, as of now. Other than that, Lori is a brand ambassador for the fashion and beauty brand Pretty Little Things. Further, Harvey makes extra money from social media pages between $2,388.75 - $3,981.25 per Instagram post.

Lori Harvey was born in Memphis, USA but she has split her childhood life between Atlanta and Chicago. She was an avid equestrian. Lori is the daughter of fashion blogger Marjorie Elaine Harvey and stepdaughter of Steve Harvey.

Her mother married the stepfather, Steve in 2007 and since then they are together. Besides, she has three-half-siblings and two biological brothers Morgan and Jason. Before modeling, Lori had dreamed of becoming a professional equestrian.

But unfortunately, Harvey's dream tragically ended at the age of 18 when serious accident derailed her plans. Back in 2015, Harvey fell down from a horse during the riding competition in Lexington, Kentucky, in 2015.

The model is super skinny despite having the average height.

Professionally Lori Harvey is a model and very much active on various social platforms such as Twitter, Snapchat, and Instagram.