"When you're in something as successful as 'Transformers,' you can't use it as a sales piece for your ability as an actress because it's all about the special effects." Actress Megan Fox almost destroyed her career after she has spoken out how she treated on the set while filming the hit movie Transformers that grossed over $700 million globally in 2007.

Over her career, Megan has had a lot of ups and downs both in private and professional life. Despite that, she has managed it very well and living a prosperous life with her husband together. In this article, here's you need to know all about the actress, including her age, past affairs, income, salary, movies, and series. 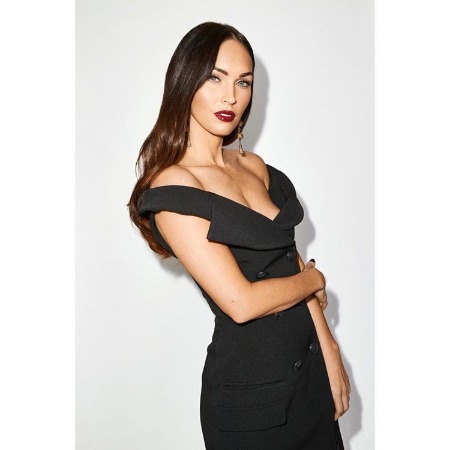 Who is Megan Fox?

American actress and model, Megan Denise Fox was born on 16 May 1986, in Memphis, Tennessee.

She was born to Franklin Thomas Fox and Gloria Darlene. Megan’s parents got divorced when she was just three years old. She has a sister named Kristi Branim Fox Since a young age, Megan loves to dance and to sing. So, at the age of 5, she started taking classes in dance and vocal, then moved to St.

Peterburg, Florida, at the age of 10. Moreover, Megan joined the modeling classed at age 13.

Growing up, Megan attended Catholic School for most of her teenage years.

In the late 2000s, Megan won multiple awards at the American Modeling and Talent Convention. This led her to pursue her career in the film industry and relocated to Los Angeles at the age of 16.

At the peak of her career, Megan Fox was crowned Sexiest Woman in the World with a net worth in the millions.

Following the success, Magan landed her first break when she was cast as a bratty heiress in Oslen twins comedy film Holiday in the Sun in 2001. Then she appeared in the soap opera Ocean Ave in 2002. The same year, she guest-starred on the WB's show What I Like About You.

Maddie Hasson: Who is Her Husband? Know Everything About Her.

The year 2004 was significant for Megan Fox when she appeared on the BBS hit series Two and a Half Men along with Charlie Sheen and Jon Cryer. After smattering with a minor role, Fox made her big-screen debut in the film Confessions of a Teenage Drama Queen opposite Lindsay Lohan.
Finally, Megan got a big break in 2007.

Megan Fox played the lead role as Mikaela Banes in the blockbuster movie Transformers alongside Shia LaBeouf. Before that, during her audition, Fox was made to wash a Ferrari which belonged to Transformers' director Michael Bay who filmed her in his driveway.

While filming, Magan wanted to discuss her character but the director, but she was told to focus on her looks. Her discomfort was noticed by co-star Shia LaBeouf saying,

"This was a girl who taken from complete obscurity and placed in a sexual-driven role in front of the whole world and told she was the sexiest woman in America."

After the two successful Transformers movies, the actress took the stand for herself and talked about how she treated on the set.

After that, she had trouble landing jobs in Hollywood and stepped far away from the spotlight and started taking the small roles. Not only in movies but she also appeared in some music videos including Eminem's Love the Way You Lie. Her other movies and Tv shows include Jennifer's Body, Passion Play, Above the Shadows, Wedding Band, Hope and Faith, New Girl, Legends of the Lost with Megan Fox and many more.

How Much is Megan Fox Net Worth?

The hot and bold actress accumulated a significant amount of money throughout her career. As of now, Megan Fox estimated net worth is $8 million.

Besides, Fox earns quite a decent salary from her modeling as well as endorse the many brands.

Megan Fox has been married to actor Brian Austin Green who is best known for his role in the original series Beverly Hills for more than nine years. The couple met on the set of Hope and Faith in 2004.

At the time, Megan was 18 years olf while Brian was 30. Two years later, Megan and Brian got engaged; however, there was a rumored that they broke up at some point in 2009. 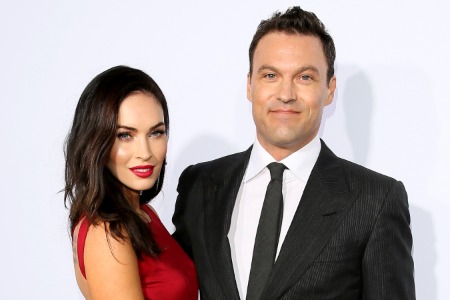 Megan Fox with Husband Brian Austin Green
Source: Getty Image Fox and Green took their relationship into the next level and exchanged the wedding vows on June 2010 at the Four Seasons Resort on Maui.

Like most other relationship, Fox filed for divorce in the year 2015, but by early 2016, they get back together after they found Megan was pregnant with their third child. As a result, Fox has filed to have their divorce proceedings dismissed.

Megan and Brian have three sons together named Noah Shannon, Bodhi Ransom, and Journey River. Also, her husband Green has a son from a previous relationship. Currently, the pair are living happily with their kids. 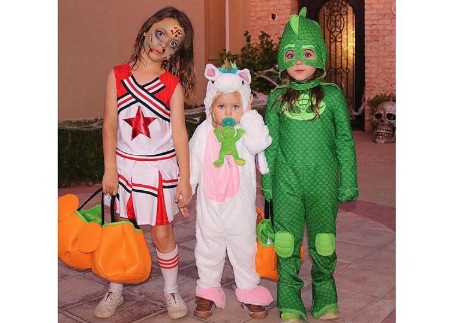 Additionally, Fox has 7M followers on Instagram. She posts jaw-dropping pictures of herself and their children. https://www.instagram.com/p/BuwuDpClqqG/ For more update regarding Celebrities, be connected with Celebtattler on Instagram and  Facebook.