Making people laugh is also one of the talents that very few people have it. Look at Charlie Chaplin whose own life had so much misery but he worked to make people laugh but why? Because the happiness found in making others happy and its lifetime achievement.

Likewise, Daniel Tosh who makes fun of himself by taking part in several controversial discussion in social media and his shows. Apart from his sarcasm what about his love life? The stand-up comedian and actor was separated from his former girlfriend after five years that hit the headlines? Why did the couple break up? Let's find out. 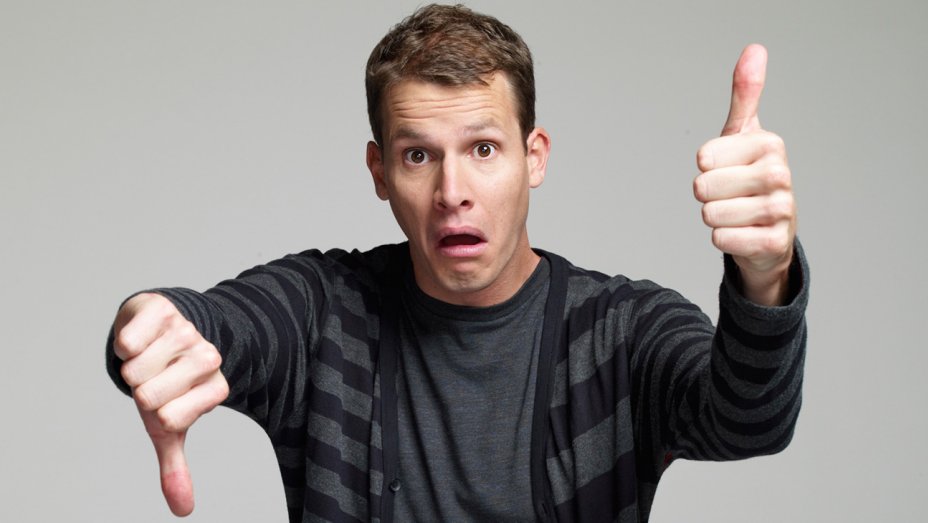 Who is Daniel Tosh?

Daniel Dwight Tosh was born on 29 May 1975  in Boppard, Rhineland-Palatinate, West Germany and was raised in Titusville, Florida.

He is American citizenship and is of mixed ethnicity. He has three siblings. He attended Astronaut High School and completed in 1993. Then he went on to the University of Central Florida where he obtained a degree in marketing and graduated in December 1996.

Professionally, Daniel is a comedian, television host, actor, writer, and executive producer. he is famous for his deliberately offensive and controversial style of black comedy.

Currently, he is the host of the Comedy Central television show Tosh.0.  He makes a significant amount of money from various sources such as his comedy shows, tours, acting, ads and endorsement deals.

How did Daniel Tosh rise to stardom?

Daniel Tosh came to prominence after appearing as a host of Comedy Central show 'Tosh.0.'

After his graduation, Daniel started touring the comedy club as a stand-up comedian. His life lifted up after appearing as one of the new faces at 1998 Just for Laugh at Montreal. His career got a big break with an appearance in 2001 on the Late Show with David Letterman.

This led to getting other opportunities, sis dome local comedy shows, radio shows, and commercials. After the Late Show performances, he appeared on several TV shows including Jimmy Kimmel Live!, The Tonight Show with Jay Leno, and Comedy Central's Premium Blend.

Furthermore, Daniel proved his worth as an actor. In his shows, he usually adopts sarcasm which is liked by the viewers and also disliked by a significant number of people. Besides, Daniel voiced the character of Malloy in the TV series Brickleberry which ran form 2012 to 2015.

The show is one of the highest rating show in the USA and viewed with the ages of 18-24 and garnered millions of viewers at a time. the show was last aired on November 20, 2018. https://youtu.be/HjHgbhUTYfE

The German-born comedian was in a relationship with the hot and sexy model, Megan Abrigo.

he first met Meghan in February 2009. Soon they started chatting with each other and then spotted in several public places together. Like other couples the two fell in love and even posted photos on their social media and gave hint to their fans that they were in a relationship. 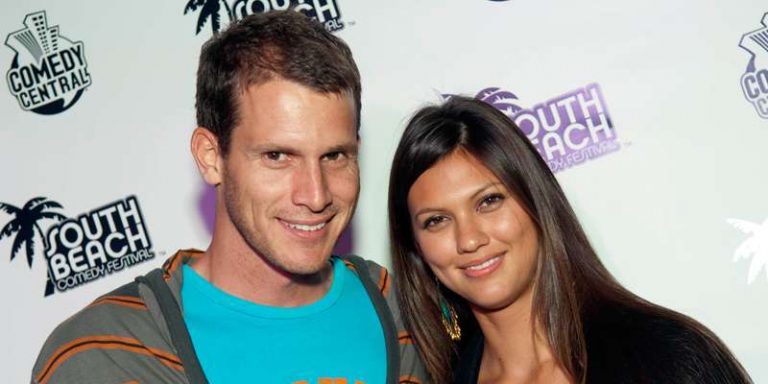 Daniel Tosh and Megan Abrigo His relationship with Megan after he appeared on his show's special 'Happy Thoughts.' Tosh and Abrigo were seen together in Gansevoort South hotel in Miami Beach. Daniel loved Megan so much even once he stated,

"He is the luckiest person to get Megan in his life."

But there were issues between in every relationship, the same thing happened between Tosh and Abrigo.

As we know, Daniel is a comedian and it's his job to make people laugh with his sarcasm. In the same way, he used to joke of his girlfriend, Megan and made fun of her in the public places which hurt her self-esteem. After that, the conflicts started between the two lovers and became the reason for their separation.

As a result, Daniel and Megan ended their love relationship with the sad breakup. At present, the stand-up comedian is single and

Who is Daniel's Ballerina wife?

The Tosh.0 host Daniel tweeted about his marriage in March 2014 that he was married to a Ballerina wife.

Also, he expressed his gratitude for having a woman who makes his day beautiful. He tweeted,

Being married to a ballerina has made every day a little more beautiful!

Well, many of his fans were confused after seeing his post.

After that, his fans started retweeting asking a lost of questions of his wife and also requested to post his wife picture on his social media. Later, the comedian revealed that it was just a prank. Daniel who was hiding his wife who was none other than the show's Tosh.0 writer.

Daniel Tosh has been married to Carly Hallam for the past three years and we’re only just now finding out about it. So who is Hallam, and what do we know about her marriage to the Comedy Central host. The couple got married on April 15, 2016, but their wedding was disclosed only in the earlier year.

His wife Carly Hallam is a scriptwriter and gas wrote a series of episodes for his show Tosh.0 from 2012 to 2105. She also appeared in one of the episodes in 2014. Reportedly, Carly has left Tosh.0 and working as a writer on NBC's Brooklyn Nine-Nine.

On the other hand, Daniel has extended his contract with Comedy Central for three years which will be appeared till 2020.