American Country singer and songwriter Garth Brooks is one of the world's best-selling artists of all time and sold more than 170 million records. His seven albums achieved diamond status in the United States. Brooks has released 21 records which include 12 studio albums, one live album, three compilation albums, 3 Christmas albums and four box sets alongside 77 singles in his music career.

He has won two Grammy Awards and 17 American Music Awards. 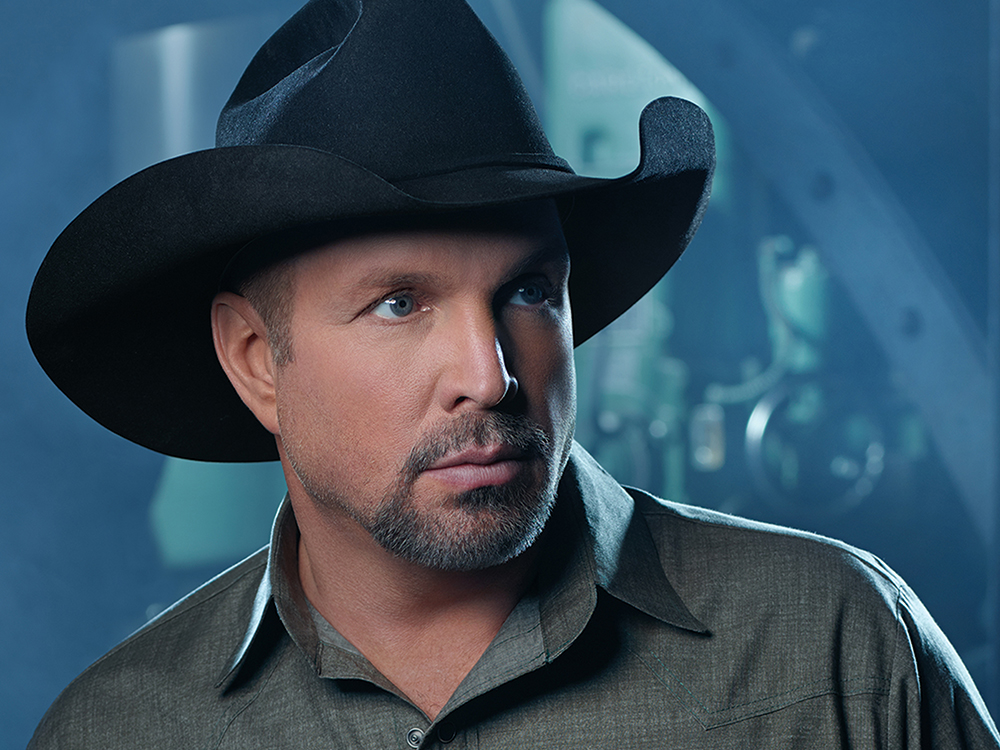 Garth Brooks Troyal Garth Brooks was born as the youngest child on February 7, 1962, to Troyal Raymond Brooks and Colleen McElroy Carroll in Tulsa, Oklahoma. His father served as a draftsman for an oil company, and his mother was a country singer.

He has four half-siblings Jim, Jerry, Mike and Betsy and a sister named Kelly. Troyal learned to play guitar and banjo from an early age. While he was in high school, Brooks played football and baseball. He got a track scholarship to Oklahoma State University in Stillwater from where he graduated in advertising in 1984.

Garth Brooks began his professional music career in 1985. At the time, he played guitar in Oklahoma clubs and bars. Later he decided to be a country singer and moved with his wife to Nashville. Garth released his first debut studio album in 1989 which was a huge success.

The album peaked at number 2 on the Top Country Albums and number 13 on the Billboard 200. It has been certified diamond by the RIAA and sold over 10 million units in the USA to date. However, in 1990, Brooks released his second album No Fences which spent 23 weeks at number 1 on the Billboard Top Country Albums Chart and sold more than 700,000 copies in its ten days.

The album has sold over 17 million copies till now. Also, his third album Ropin’ the Wind raked in a record-breaking 4 million in its first week and debuted at number 1 on Billboard 200. Brooks another successful album which sold over million copies including In Pisces, Fresh Horses, Seven.

Moreover, his 1998 released Garth Brooks Double Live sold more than 1 million copies in its first week and bt 2012; it had sold 6,017,000 copies. On 5 September 2014, Double Live was released. Also, the album was certified 21x Platinum by RIAA and seventh most shipped album in the USA.

After a long break, Garth Brooks returned to the music industry with regular performances on the Las Vegas Strip. On 29 November, Garth partnered up with CBS for a live broadcast event. The channel received 9.33 million viewers and rated at No.1 spot.

However, in 2013, he released Blame It All on My Roots: Five Decades of Influences through Walmart and certified platinum. Grath Brooks announced an upcoming album and world tour in July 2007 and signed with Sony Music Nashville.

The ninth studio album Man Against Machine was released including the single lead People Loving People. In 2016, Brooks debuted two new albums: his 10th studio album, Gunslinger, as well as a collaboration with Yearwood on a collection of holiday standards, Christmas Together.

The country singer sold his Oklahoma home for $3.5 million to keep the promise he made to wife Trisha in 2014 to move from the mansion to Nashville.

Back in 2016, Garth and Trisha sold their Malibu home for $7 million. The ranch-style home was built in 1958 to Paradise Cove Beach. Then they remodeled the house. It featured vaulted and beamed ceilings, subdued hues and an open kitchen.

The 4,200 square feet home had a formal living room, four bedrooms, three and a half bathrooms, and a breakfast nook. Garth purchased the house for $4.95 million in 2008. The estate had been listed outside of the Multiple Listing services by Kathrin Nicholson of the Agency.

Currently, the couple living lavish life together with their kids in Nashville, USA. The millionaire country singer has fond of expensive cars. Back in 2015, Brooks bought his first vehicle, a 1993 maroon dually. Brooks 22 years old truck worth $285,000.

In 2017, the couple bought two cars Lexus SUV and Nissan.

Garth Brooks has done several charitable works. In 1999, Brooks founded Kids Foundation which provides financial support to the children. Garth is also a fundraiser and has raised funds for various charities including some children’s charities and famine relief.

He provided more than 1 million funds for Kids Foundation to make homes in Thailand. He raised funds for many causes like Fire Intervention Relief Effort, Habitat for Humanity, Jimmy & Rosalynn Carter Work Project, and many more.

Who Is Garth Brooks’s Wife?

Brooks married his college sweetheart, songwriter Sandy Mahl on 24 May 1986. They had three daughters together named Taylor Mayne Pearl, August Anna, and Allie Colleen Brooks. After a decade of marriage, Brooks and Mahl split in March 1999 and got filed for divorce on 9 October 2000. 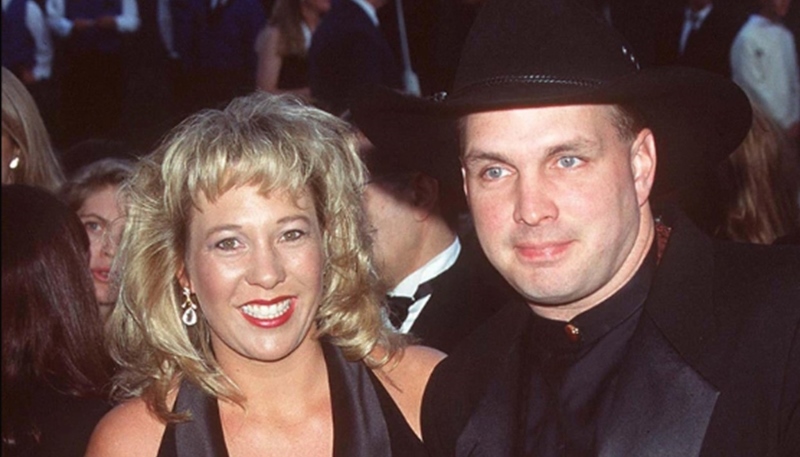 Garth and first wife, Sandy Mahl After four years, Garth married for the second time to country singer Trisha Yearwood on 10 December 2005. They have been together for more than 12 years.

However, the couple has shared a solid bond between them. Back in 2013, Garth Brooks became a grandfather. 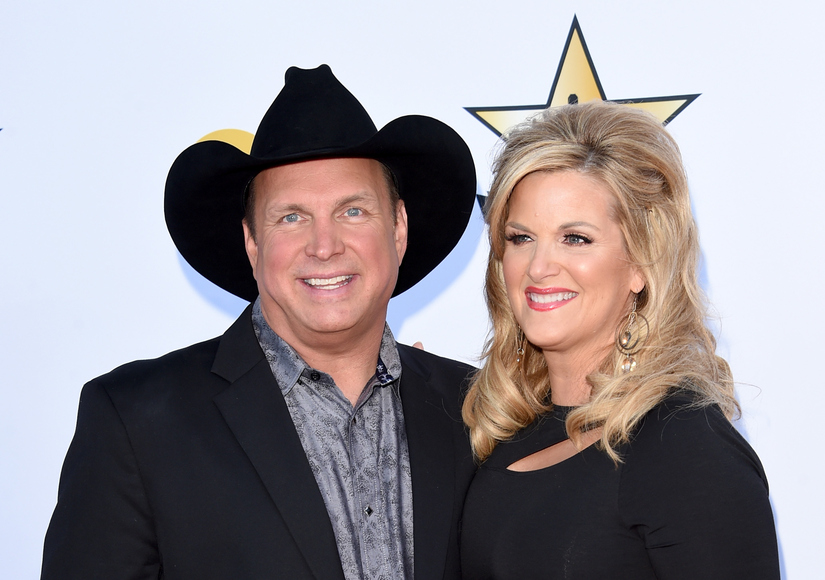 After four years of dating, she finally married for the third time with Garth. However, they never had children together. Garth and Trisha often talked about adopting, but in the end, they agreed that it was enough to parent Garth’s three girls together.

Garth Brooks has a total of 14 Grammy nomination and has won two. He has won a record 22 Academy of Country Awards. He received a Grammy Award for Best Country Vocal Performance Male. Furthermore, he won the second Grammy in the category, Best Country Collaboration with Vocals in 1998.

Later, in 2008, he was horned with the ACM Crystal Milestone Award and in 2012. Moreover, he has earned several awards and nomination of Primetime Emmy Awards and Golden Globe Awards.

How Much Is Garth Brooks’s Net Worth?

Brooks is one of the highest paid country singers.

He earns a surprising amount of money through his professing singing career. Additional, he makes extra income through his acting career and tour. He has played in several movies and television series such as Hee Haw, Empty Nest, Saturday Night Live, Behind the Music and many more. Garth Brooks has an estimated net worth of $ 310 million.