The young and talented YouTuber and Webstar, Brent Rivera has not been in a marital relationship with any woman. He was voted as “Best Dressed” at the 2015 MTV Music Awards. 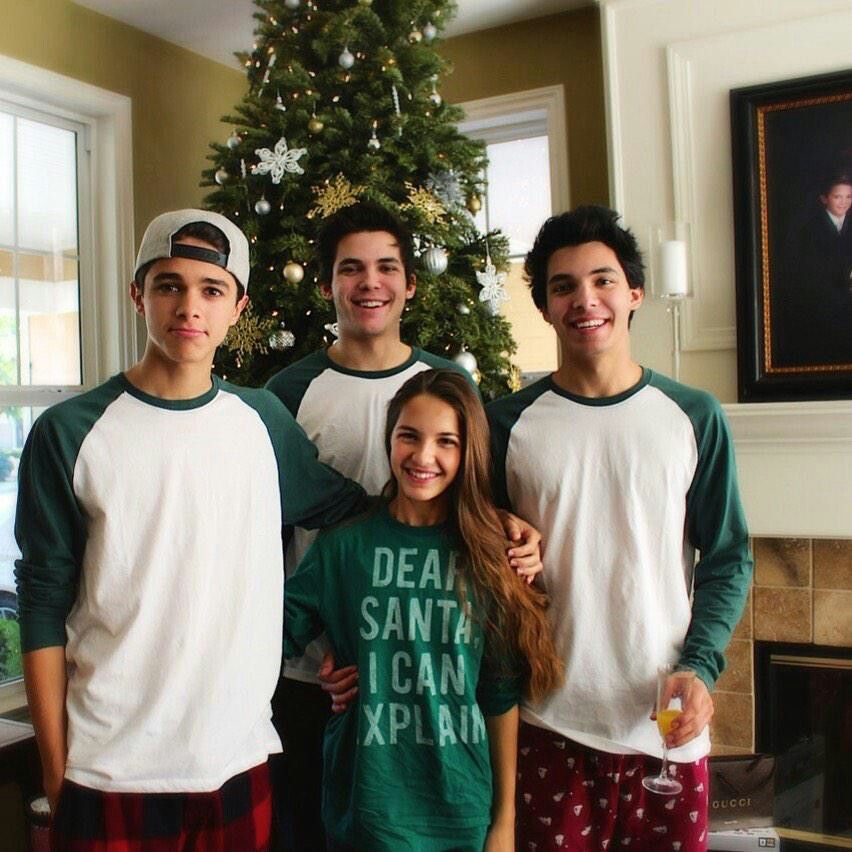 While he was in high school, he often played roller hockey and ice hockey.

His favorite subject in high school was History. Brent's fact is, he doesn't know how to whistle.

Twenty years old, Brent River came up with new his funny and crazy videos which liked by millions of people over the worldwide.

Brent joined YouTube in 2009 and Vine in the year 2013. Then he went on uploading his videos on his YouTube channel “MrBrent98”. During that time, social application Vine was famous, and he was one of the most famous Viner.

On his Vine account, ‘thebrentrivera’ has more than 8 million fans followers which shut down in 2016. His Vine videos received millions of likes. His one of the most popular Vine video ‘Modern Family.’ In the same year, He and Lily Singh exchanged pleasantries over Twitter in regards to a collaboration, which got several YouTube fans very excited.

Later, in January 2014, Brent tweeted ‘Goodnight’ and had a non-emoji smiley face. The tweet got a significant response, and it received over 2.7k favorites and around 409 re-tweets. https://twitter.com/BrentRivera/status/421164457851494400 The Young star published a video titled “My Parents vs.

Normal Parents” in February 2018 and got positive feedback from the viewers. Then, he posted a video ‘Wearing High Heels For 24 Hours’ on 8 September 2018 and had successfully garnered more than 2.1 million views in a few days.

https://www.youtube.com/watch?v=pAuh4-VcAo4 Some of his most viewed videos are Never Have Ever I w/Mom, New Friends Vs. Old Friends, Songs In Real Life and Never Ever I w/Little Sister and Her "Boyfriend." Moreover, he collaborated with internet celebrities like Cameron Dallas, Lily Singh, Chris Collins, Shawn Mendes, and Nash Grier.

Brenta Rivers is a singer. Brent released his first song ‘Doubt Your Doubts’ on iTunes in November 2014 and also on YouTube. The song viewed 100k times on YouTube channel. He released his another music video “Skipping Christmas” on iTunes, Spotify, and YouTube at the end of 2017.

Is Brent Rivera Dating Someone?

Previously, Brent was in a relationship with YouTube star and singer, Morgan Justus. Brent and Morgan dated each other for a short period and broke up. However, the couple never talked much about their relationship to the public.

There was a rumor that Internet celebrities Eva Gutowski and Brent were dating each other, but they confirmed that they are just good friends. Brent and Eva discussed their relationship in a video title ‘Confronting My Crush, Brent Rivera.’ https://www.youtube.com/watch?v=RZPBl5-cu3c Eva said that she had a crush on Brent, but he never looked her in that way.

He even shared a picture with Eva with a caption two years ago. https://www.instagram.com/p/BCmgNLeA1DJ/?utm_source=ig_embed&utm_campaign=embed_loading_state_control As of September 2018, Brent Rivera relationship status is single and has no rumors of dating any girl.

By profession, he is a singer, actor, and YouTuber. He earns an enormous amount of money through his videos and commercial. He also makes extra worth through his acting and musical career. Brent makes additional money through sponsorship and brand deals.

He is a member of the global network and Fullscreen Network. Also, he has worked with Coca-Cola brands. The Young star was involved in several charities and worked with Michelin on a campaign to raise awareness for tire safety alongside Alexis Zall.

Furthermore, he has his merchandise where he sells hoodies, t-shirts and various accessories.

He has dark brown hair and brown eyes. His body measurement is 38-29-14 and wears size six shoes. Also, don't forget to like us on Facebook and Instagram.