Ariana Grande is an American singer and actress who has been making waves world over for her singing prowess. Since a very young age, she participated in plays and sang at public events, and gradually decided that she wants to do this all her life She was cast in the Nickelodeon show Victorious.

The show, which premiered in March 2010, is about a group of students attending a performing arts high school in California.

She is an award-winning singer with a fantastic voice, actress, and also a promising model and dancer. From a very early age, she was passionate about music and theater. She debuted in 2008 when she got a role in a musical. She chose music and focused on her songs and, completed her first album in 2013.

Ariana Grande is a sitcom-star-turned-pop music sensation, known for such hit songs as 'Side to Side,' 'One Last Time,' 'Dangerous Woman,' 'Sweetener.' “The Way” was the first single from Grande’s debut album, Yours Truly, a record that also featured the hits "Baby I" and "Right There." The 2014 release My Everything sold 169,000 copies in its first week, debuting at No.

1. The single “Problem,” featuring Australian rapper Iggy Azalea, preceded the album release and debuted at No. 3 on Billboard’s 100, selling more than 400,000 copies upon its release. “Break Free” with Zedd and “Love Me Harder” with The Weeknd followed, each climbing toward the top of the charts.

During the summer of 2014, Grande teamed up with Jessie J and Nicki Minaj on the single “Bang Bang,” a track that debuted at No. 6 and rose at No. 3 in the United States.

Ariana Income From Television And Films

Ariana Grande started her career in the television industries as an actress, starring in the Nickelodeon’s series, "Victorious" along with 13 co-star Elizabeth Gillies in 2009.

Fifty-seven episodes of Nickelodeon’s Victorious paid Ariana $9,000 per episodes. She also earned $7.5k for music used in the show. Some sources claimed that she made $513,000 from the Victorious. Then she appeared as the lead role, Cat Valentine on Nickelodeon’s another sitcom “Sam and Cat” which aired from June 8, 2013, to July 17, 2014.

Ariana Grande In The Series Victorious She also acted in the first season of Scream Queens, but her salary from these series never revealed. Ariana also makes her career on the big screen as well. Grande cast as Snowflake in the animated adventure film ‘Snowflake, The White Gorilla’directed by Andres G.

Schaer. The movie portrays the fictional childhood of the white gorilla Snowflake, released on 1st September 2013. Then she voiced in another animated adventure film “Underdogs” which grossed over 16 million on an opening day.

Ariana Grande may not earn as much as Katy Perry and Taylor Swift, but she hit like ‘Bang Bang’ and ‘Slide to Slide.’ Just after the years making her TV debut, Ariana Grande released her first solo album “Yours Truly” in August 2013.

After that, she boarded on The Honeymoon Tour, with shows in North America, Europe, South America, and Asia. She earned around $40 million from the tour and sold over 8 million tickets. Grande released her third album titled ‘Dangerous Women’ in March 2016.

It debuted at number one on Billboard 200. She began Dangerous Women Tour which held in Europe, Latin America, Asia, and Oceania. https://www.youtube.com/watch?v=9WbCfHutDSE The tour grossed over $71 million in 2017 and sold over 875,000 tickets.

Like other celebrities, Ariana works with brands who paid her a handsome amount of money for her endorsements. Currently, she is a global ambassador of Reebok which presumably earns her some major coin.

She has joined celebrities like Gigi Hadid, Aly Raisman, Teyana, Taylor, Nina Dobrev, and Rae Sremmerd who were already part of Reebok fam. https://www.instagram.com/p/BY-2phHnOmO/?utm_source=ig_embed Ari has launched five fragrances with LUXe Brands since 2015 which grossed over $150 million by 2017.

In June 2018, Ariana started a brand new fragrance called Cloud after the day of her engagement. First, she released Ari by Ariana Grande Eau de Parfum then in 2016, Sweet Like Candy Eau de Parfum, its smell like vanilla and fluffy marshmallow.

Ariana released her third fragrance called Moonlight in 2017. Apart from her endorsements, Ari received significant money through her merchandise. She has her online store which sells t-shirts, hoodies, albums, CDs, and various accessories.

The view of the Empire State Building is fantastic. The apartment also has an excellent floor with a private spa, a steam room, and sauna.

It is 6,226 squares feet and has five bedrooms, 5.5 bathrooms, and a nice pool right in front of it. Each room is spacious and has its style. Ari sold her Boca Raton house for $1.2 million in 2004. The 7,590 square foot home has five bedrooms, seven bathrooms, a home theatre, and a swimming pool and spa with a gazebo. 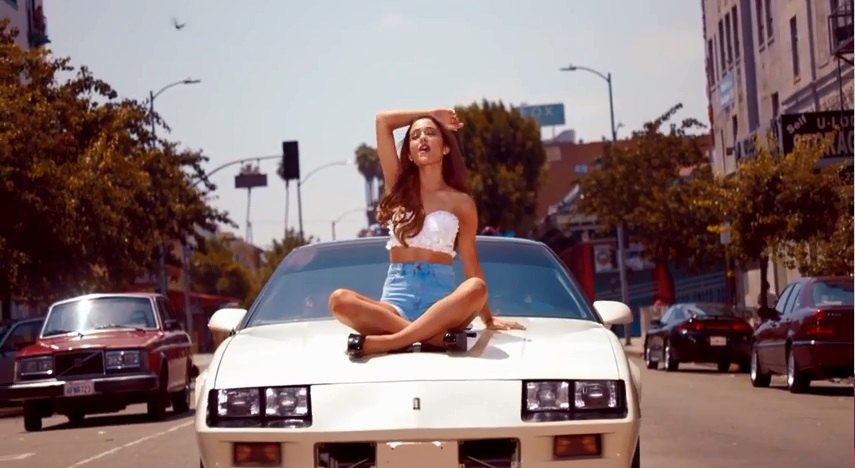 Ariana Grande is a Philanthropy

Ari has been involved in many philanthropic activities.

Grandeco-founded the South Florida youth singing group Kids Who Care at the age of 10. In 2007, she raised over $5 million of funds through performing in the events. Grande and her brother, Frankie performed and taught music and dance to children in Gugulethu, South Africa in 2009.

In 2014, she participated at the charitable ‘Stand Up to Cancer’ TV program and performed her song “My Everything” in dedication to her grandfather who died from cancer. The following year, she performed a cover song of Crowded House’s ‘Don’t Dream It’s Over’ along with Miley Cyrus which helped homeless people and LGBT youths.

Grande organized One Love Manchester concert raised $3.49 million for a fund to helped those hurt by a terror attack in 2017, in Manchester, England. In September 2017, Ariana performed in A Concert for Charlottesville and sang “One Last time”.

She raised fund for the victims of August 2017 white nationalist protest in Charlotteville, Virginia. Grande participated in March for Our Lives to support gun control legislation in March 2018.

Ariana wears fashionable shoes, and every time she shows her different style.

She wears a size 6 US shoe. Ari has fond of fashionable shoes on her wardrobe, and she is comfortable wearing different types of shoes like a sneaker, sandals, high heels, open-toed shoes, and boots. In most of her show, you can see her wearing high boots.

Back at the beginning of Ariana's singing career in 2012, she started a long distance relationship with Australian YouTuber Jai Brooks- who began a competition with his brother to see who could get her attention, which the singer's mum spotted and told Ariana to message him.

Ariana Grande And Jai Brooks She started dating Big Sean, a rapper signed to Kanye West's music label in 2014, and they made their public debut at the 2015 Grammy's.

Big Sean And Ariana Grande Their relationship lasted for about eight months, and they were actually super cute together and performed their songs such as 'Best Mistake' and 'Right There' together on some occasions.

Following the end of Ariana's relationship with Big Sean, she briefly dated one of her dancers named Ricky Alvarez. Ricky became one of Ariana's dancers in April 2014 before talk of a relationship between the two was sparked when they kissed on stage during a 2015 live show.
Ariana and Ricky dated for just over a year before she tweeted, and hinted that the couple's relationship had come to an end.

Neither Ariana nor Ricky has spoken out about the reasons behind their split.

Ariana Grande With Ricky Alvarez Ari has had some pretty famous boyfriend's during her time in the spotlight, and they have also been famous faces!

Let's dive into the relationship part of Ariana Grande, from her two-year romance with Late Mac Miller. Her longest relationship to date only ended in May 2018 and was with 26-year-old rapper and singer Malcolm James McCormick AKA Mac Miller.

Mac supported Ariana after the Manchester attacks in 2017, and the couple was still together when Ari released 'No Tears Left To Cry' and performed it at Coachella back in April 2018.
https://www.instagram.com/p/BXpnZLcl5PK/ They were a couple for just under two years, but tragically Mac Miller passed away in September 2018 after a reported overdose.

https://www.instagram.com/p/Bnt_GTOF9kb/ She got engaged to comedian Pete Davidson in June 2018 after a few weeks of dating. However, the couple has split their engagement just after a couple of months.

Ariana Grande And Pete Davidson There's a hint that the recent death of Mac Miller and its effect on Ariana played a big part in the couple's split.

However, that has remained unconfirmed as the pair remain silent on the reasons behind their split.

Ariana has significantly higher net worth than her ex-boyfriend, Mac Miller. Arian earns a tremendous amount of money through her music albums and tour concert and other ventures.