Persian-American, Asa Soltan Rahmati is famous as Asa Soltan, an American, singer, actress, and a reality star. She is well-known for her appearance in the reality show, ‘Shahs of Sunset.’ She entertained the viewers with a positive character.

Her popularity in the television industry is increasing day-by-day. 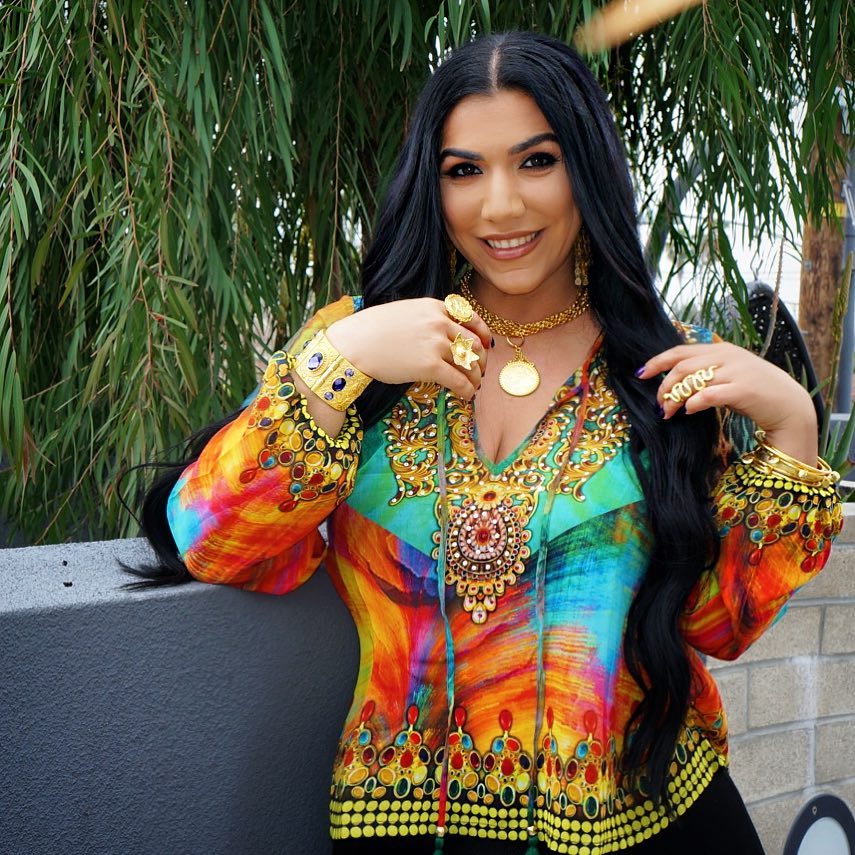 Asa Soltan Asa Soltan was born on 1st September 1976 in Ahwaz, Iran. She has spent her childhood in Europe and later moved to the United States and settled in Los Angeles.

Asa has a brother named Arta Soltan. She belongs to Iranian nationality, and her ethnicity is Persian. Asa Soltan earned her degree in psychology and philosophy from the University of California, Los Angeles. Currently, she lives in Venice, California.

Asa began her profession back in 2004 as a singer and performed in different shows and events. After that, she appeared in the Bravo reality series of “Shah of Sunset” which aired on March 11, 2012. The series follows by a group of Iranian American friends living in Beverly Hills and trying to juggle their active social lives.

She was featured from season 1 to season 6. The sixth season got renewed which premiered on Sunday, July 16, 2017. In April 2018, the show continued for the seventh season. The reality star, Asa has not returned on the Bravo show as a full-time cast member.

She wrote a lengthy statement on Twitter about why she didn’t appear on the Shahs of Sunset. After making an appearance in the reality show, she earned name and fame. She then gained a huge fan base. During the second season of Shahs of Sunset, Asa developed and launched a high-pH alkaline water bottled company named “Diamond Water

Besides, she appeared in several TV series like Wonderview, The Jeff Probst Show, Home & Family, The Shahs Come Clean with Nadine and so on. Apart from that, she is also a painter and entrepreneur. Rahmati's painting got published in the art book “Imagining Ourselves

Asa is in a relationship with her long-term boyfriend, Jermaine Jackson Jr. since 2010. The couple is living together. However, they are not married or engaged yet. They have been together for nine years.

Asa never talked much about her relationship. It is said that the two met while they were in high school. However, there was a rumor over the internet about the couple's split, but it was not true.

Asa Soltan Blessed With A Baby

Asa and her boyfriend welcomed their first child, a son on January 20, 2017.

They named him Soltan Jackson.

Asa Salton has made an impressive amount of money from the reality show ‘Shahs of Sunset.’ Before she became famous, she started her career as a singer. Asa accumulated a significant amount of her net worth from her musical and acting career.

Her net worth is expected to rise more in the upcoming years; this is possible due to her involvement in ‘Diamond water’ and her appearance in famous TV shows like ‘Wonderview,’ ‘The Jeff Probst Show,’ Watch What Happens,’ etc.

Asa also has other income sources; she sells designer printed clothes, bags, and other accessories online.

Most of her post are related to promoting her business.

Asa Soltan Rahmati is 46 years old and still looks young and beautiful. She has black hair and dark brown eyes. She stands 5'7'' tall. Her weight and body measurement is unknown.