Nicolas Cage completely changed his appearance for the filming of the movie "Dream Scenario" It was photographed in Toronto. This comedy is directed by Kristoffer Borgli, and the plot is still unknown. Ari Aster and Lars Knudsen are the producers.

During the filming of Dream Scenario in Toronto, Canada, on Monday, November 7th, the 58-year-old actor appeared to be sporting a prosthetic bald cap and glasses, as well as sporting a gray beard. It has also been reported that Natalie Bronfman's costumes were padded so that he would appear fuller beneath the winter clothing they wore. 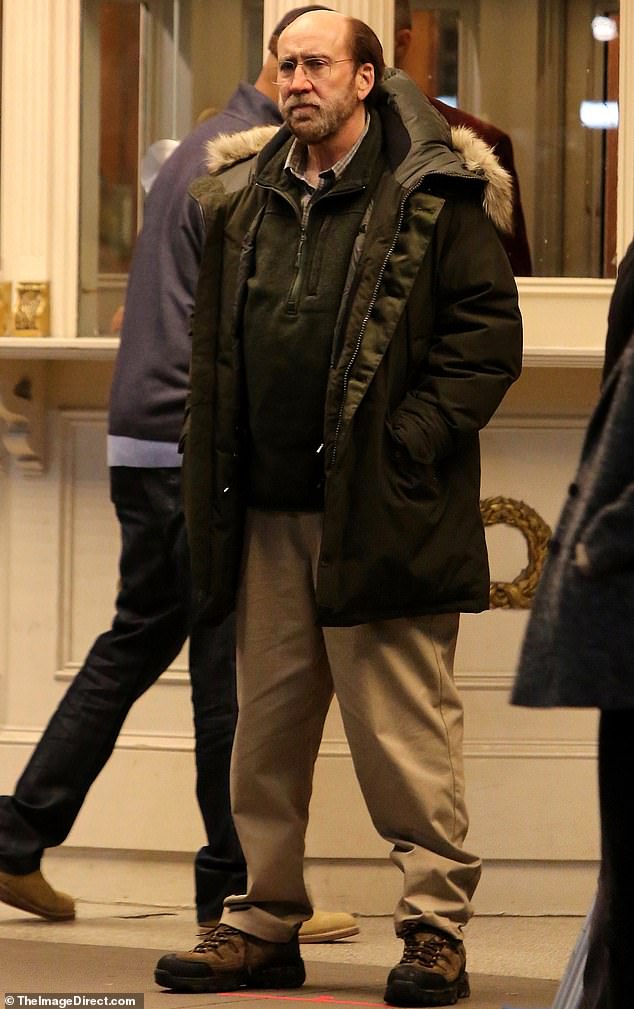 “Can’t believe he has shaved off his beautiful hair,” one fan wrote on Instagram, to which one replied, “I have read it might be a bald cap but let us never doubt his commitment to the bit”.

“Oh my, I can hardly recognize him,” another fan wrote online. “He’s a chameleon I hope this movie is a success,” commented another. "Cool red hair. This was a good idea," said another.

A third complimented him and commented: "A goat with a goatee."
"Nice Nicolas. It suits you," said one Instagram user. In addition to Nicolas, the film will also feature Julianne Nicholson, Dylan Baker, Kate Berlant, Michael Cera, and others.

In the coming period, Nicolas will work on several more film projects, some of which are: "The Unbearable Weight of Massive Talent", "Butcher's Crossing" and "Renfield"

Baby on the way

It has been revealed that Nicolas Cage and his fifth wife, Riko Shibata, are expecting their first child together.

"The parents-to-be are elated!" the actor's rep said. "It's true, and we are very happy," Nic told PEOPLE in a statement at the time.

“She left New York and went back to Kyoto, Japan, and I went back to Nevada and I haven't seen her for six months," he said.

“We're really happy together and we're really excited to spend that time together so I finally just said 'Look, I wanna marry you' and we got engaged on FaceTime." The famous actor and his wife Riko Shibata had a daughter in September. Cage has sons Weston (31) and Kal-El (16) with his former partners.