Meghan Markle appeared with son Archie in an online conversation with Jotaka Eaddy, CEO of social impact consulting firm Full Circle Strategies. The three-year-old sat on his mother's lap during the conversation, and his grandmother Dorija Ragland, who looked casual in a red top and trousers, joined them.

American political strategist Donna Brazile was also included in the call. A photo of the conversation was shared by Professor Haris, who specializes in American studies and feminism. Archie, like his younger sister, rarely appears in public with his parents.

Meghan and Prince Harry published only a few photos of their little family. 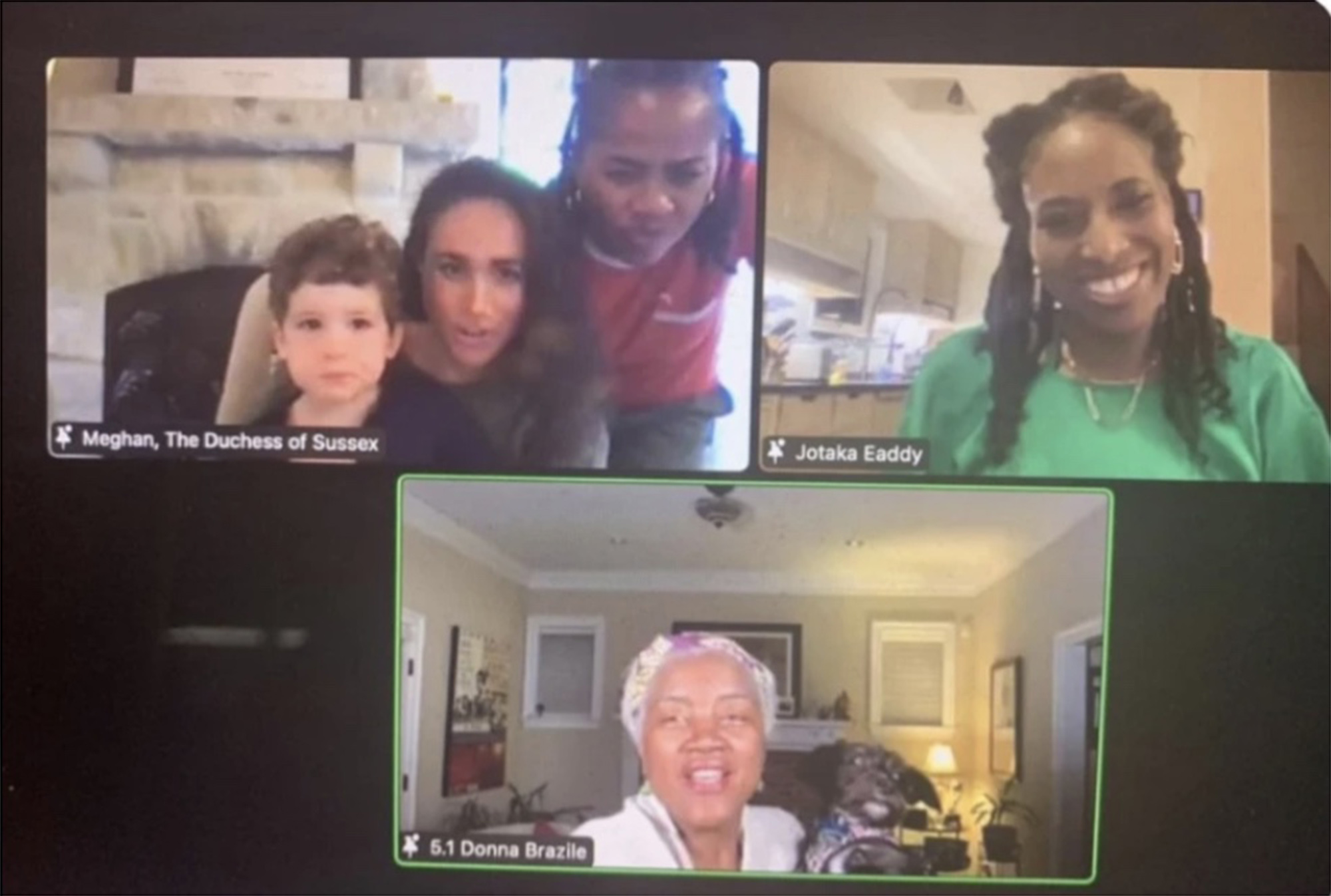 The former American actress and Prince Harry showed off their baby for the first time in June 2O19. years. Since then, everyone has been excitedly waiting for every next photo of little Archie.

I hope that is the sentiment that people feel when they see any of the content or the projects that we are working on." She also told Variety magazine: "It's nice to be able to trust someone with our story - a seasoned director whose work I've long admired - even if it means it may not be the way we would have told it.

But that's not why we're telling it. We're trusting our story to someone else, and that means it will go through their lens." “What’s so funny is I’m not trying to be cagey. I don’t read any press. So I don’t know what’s confirmed.

I will tell you Liz Garbus is incredible. Liz Garbus also worked on Pearl”. Harry said earlier it feels "normal and natural" for them to work together "Most people that I know and many of my family, they aren’t able to work and live together.

It’s actually really weird because it’d seem like a lot of pressure. But it just feels natural and normal”. he said.