"Baywatch" star Yasmine Bleeth was spotted walking her dog in a rare sighting since she quit acting two decades ago. The former actress looks unrecognizable. To walk the dog, the 54-year-old woman went out without makeup, in a black jacket, pink pants, and slippers, and was photographed on the streets of Los Angeles.

Her current look is a far cry from her best days in Hollywood when she starred in the hit series. 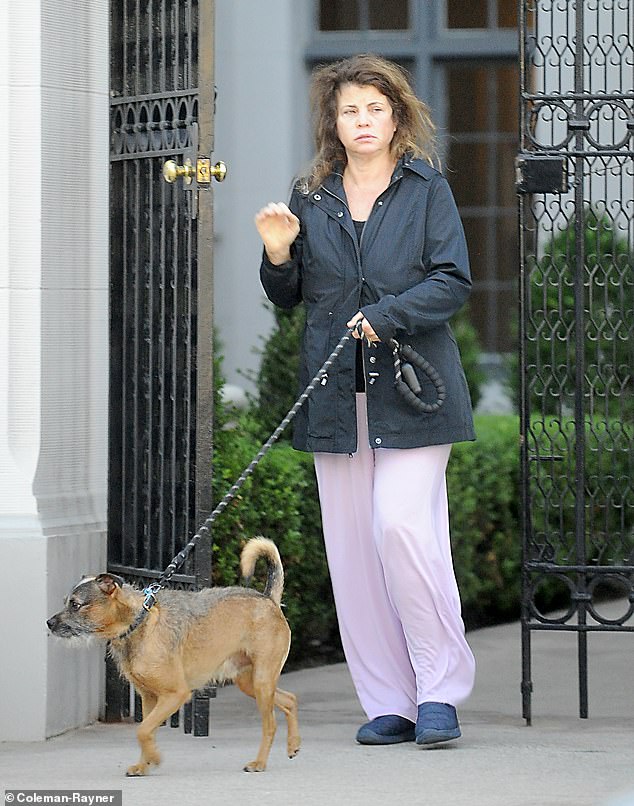 "Baywatch" "launched" cast member Yasmine to cult-like fame. The series aired between 1989 and 2001 and was a reference series that spawned the spinoff "Baywatch Nights" (1995-1997), several TV movies, and a major motion picture adaptation in 2017 starring Dwayne Johnson, Priyanka Chopra, and Zac Efron.

Yasmine was named one of People magazine's 50 most beautiful women in 1995 and appeared on FHM's list of 100 se*iest women in the world several times between 1996 and 2001. However, all this did not prevent her from facing serious personal problems.

In 2003, she tried to give up drugs, which had become an integral part of her life, revealing that "consciously trying to stay off drugs is now part of my life and always will be." She met her husband, strip club owner Paul Cerritoin, while she was in rehab, and they are still together today.

She said of her relationship

"They say you shouldn't get into any relationship in the first year of sobriety - especially with someone in the program, but Paul and I fell in love immediately," Bleeth admitted. Their 20th wedding anniversary was celebrated in August, and the couple does not have any children.

There are also reports that she has enjoyed romantic relations with former Friends star Matthew Perry, Police Academy actor Steve Guttenberg, and her Baywatch co-worker David Charvet, among others. During the late '90s, she starred in a number of television movies, and later made her screen debut in Heaven or Vegas, Coming Soon, and Undercover Angel, all of which led to her quitting acting for good.