The famous Beyonce published a series of photos from the gala evening on her Instagram profile, in which she poses in a glamorous Gucci dress, and in one of the photos, she was joined by her daughter Blue Ivy. Blue Ivy Carter shocked the crowd by bidding $85K for a pair of diamond earrings at Saturday's Wearable Art Gala in Los Angeles.

'I didn't know who it was. I look over and it's her,' said the influential filmmaker. 'She's taking the paddle out of Jay's hand and Beyonce's hand and she's bidding." "This kid's not outbidding me today,' he said of his determination.

"You gonna learn today, little girl, I'm getting this painting." The 10-year-old was dressed in a royal blue wide-leg Gucci suit, accessorized with patent black gloves and a silver bag. 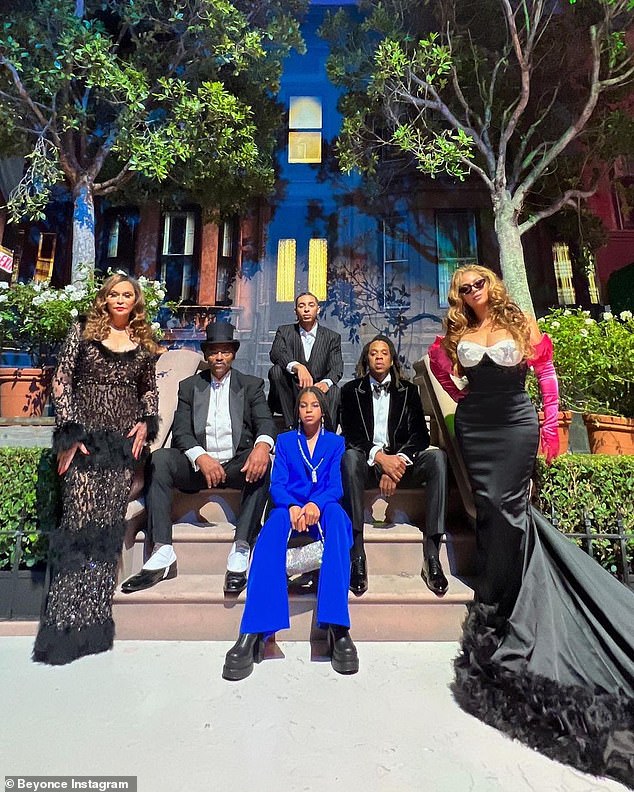 The fashion-matched mom and daughter posed smiling, with Beyonce gently hugging Blue Ivy while looking into her eyes. 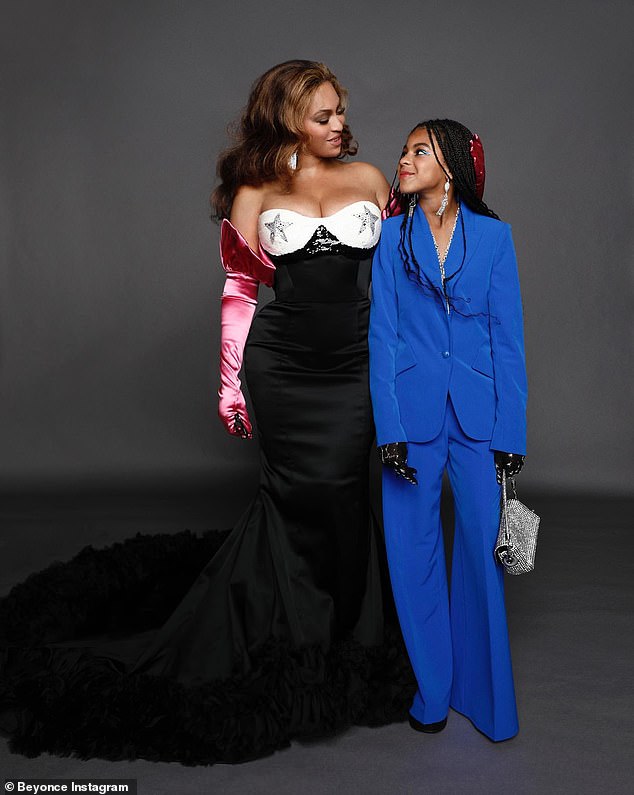 Fans are delighted with the new photos, but so is Ivy, who has grown into a real beauty. Many have commented that Blue Ivy looks a lot like her father Jay Z and Beyonce's sister Solange. Also, they were delighted by her fashion choice, for which she received compliments.

By the way, Blue Ivy won her first Grammy last year thanks to her role in Beyonce's "Brown Skin Girl" video.