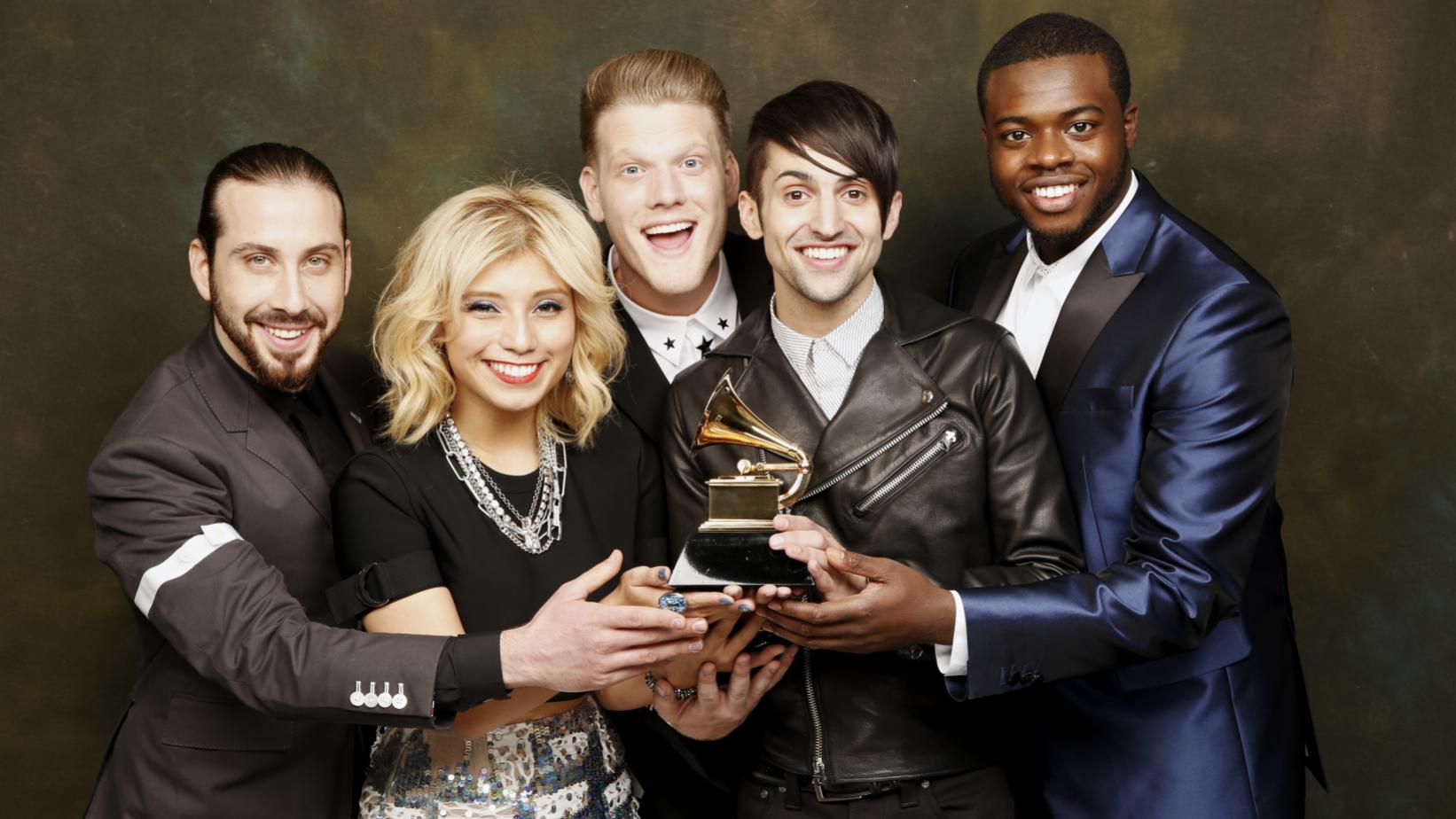 Winner of three Grammy Awards, Pentatonix has established A Capella trend in the world. Pentatonix gained popularity after the group won season three of The Sing-Off in 2011. This young group has featured in top billboard list consecutive years and completed tours in Europe in the USA. Get to know some more about this impressive A Capella music group that is taking the world by the storm. 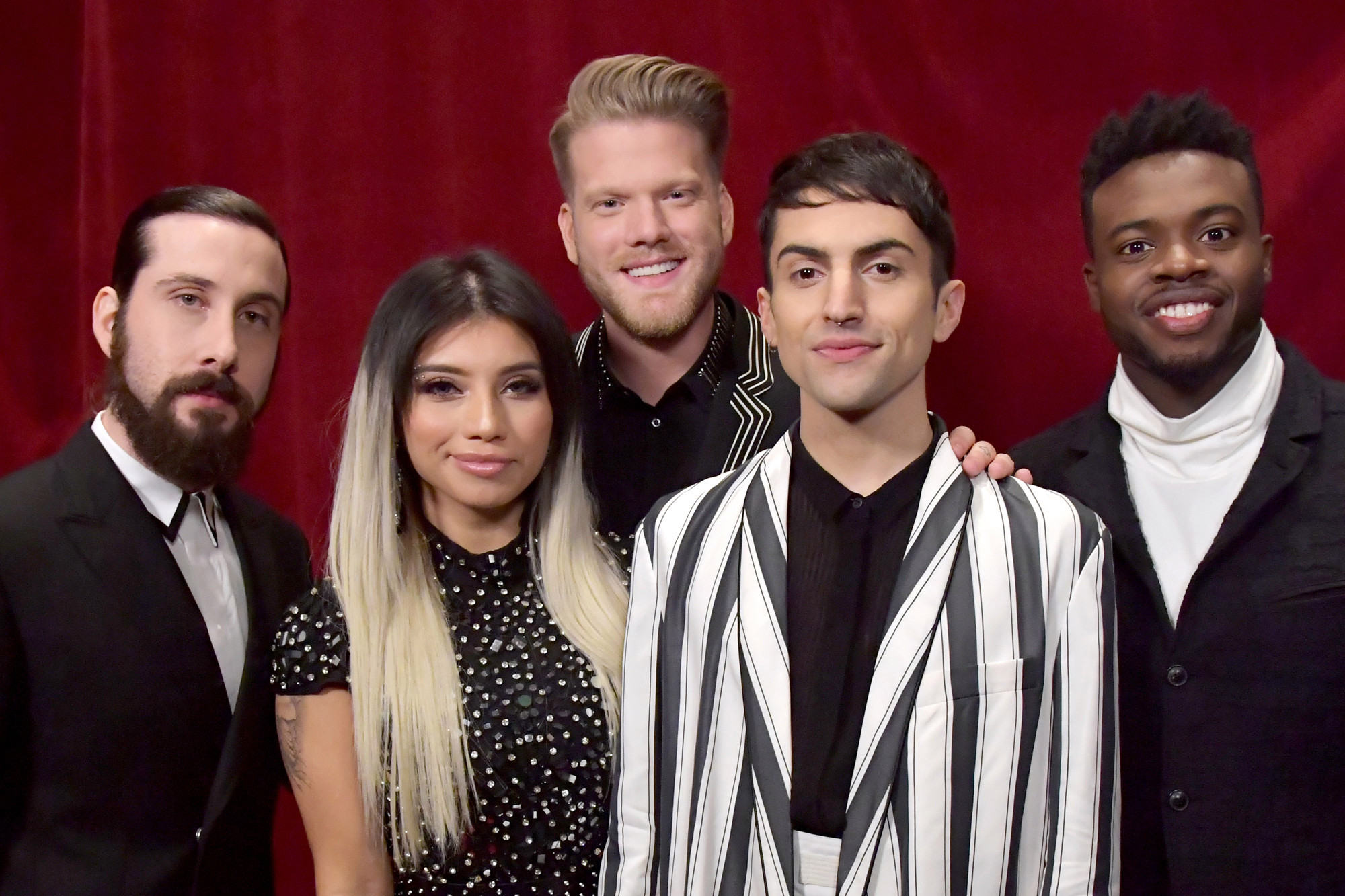 Pentatonix is a five-member American A Capella group from Arlington, Texas. The group formed in 2011 to enter a competition, The Sing-Off, which the group finished as winners. The young group won the third season of The Sing-Off.

The group received $200,000 record deal, but the deal later was dropped for an unknown reason. The group then started a personal Youtube channel and posted various cover songs.

The group moved to Los Angeles after winning The Sing-Off to pursue a full-time career in music. They signed with Madison Gate Records in 2012 and released their first EP, PTX Volume 1 on June, in the same year. The first volume features cover songs and original songs.

Pentatonix grew into one of the most successful music groups, thanks to youtube. Their cover of favorite songs such as “We Are Young” and “Somebody That I Used To Know” attracted millions of viewers. The same year, the group did their first tour with a sellout crowd in over 30 cities.

In 2013, Pentatonix released a medley of songs of Daft Punk in Youtube. The song earned them a Grammy Award for Best Arrangement, Instrument or A Capella. In 2014, they signed with RCA Records and released a full-length studio album in June in the same year.

Their 3rd EP PTX Vol. III was released on the same year on September 23 which debuted at number 5 on the Billboard 200.

They also released another full-length Christmas album titled That’s Christmas to Me on October 21, 2014, which charted at number 2 on Billboard 200 upon its release. The album was later certified gold by the RIAA.

The group also released a self-titled album in 2018 consisting only original songs. The album peaked number 1 on US Billboard 200 and was again certified gold by the RIAA.

Pentatonix Earnings And Net Worth

The members of Pentatonix earns on average $80,000 per month. The group featured in top 50 highest paid musicians in 2016 grossing $12.8 million.

The exact salary cannot be estimated as their income fluctuates as per the records sold and views of songs per month. The current success is just a minor milestone for this talented young group which has much more to offer in the coming years to the music industry.

PTX net worth is around 60 million dollars.

Pentatonix was nominated for numerous awards since their formation. Six years after their creation, the group has already won three Grammy Awards. There isn’t another award in music as big as a Grammy.

Pentatonix had a cameo role in the movie Pitch Perfect 2 which was released on May 2015, as the Canadian team competing against the Barden Bellas.

,” based on PTX, Vol III original song of the same name, and the 2015 tour of the group on June 18, 2015, promoted by the hashtag #OnMyWayHomeProject on twitter.

In autumn 2012, Pentatonix embarked on its first national headlining tour. Alexander Cardinale and SJ Acoustic Music were the opening acts.

The band went from January 24, 2013, to May 11, 2013, on their second national headlining tour and at the same time wrote additional original material for their second EP, PTX, Vol. II.

Pentatonix started the North American leg of their “On My Way Home Tour” in 2015, which began on February 25, 2015, in California and ended on March 29 at the Verizon Theater in Grand Prairie.

On April 9, the group launched a European tour in Portugal. This European leg ended on May 6 in Glasgow. The tour’s Southeast Asian leg started on May 28 in Seoul, South Korea. This leg’s last show was in Osaka, Japan on June 16.

Pentatonix opened on her Piece by Piece Tour for Kelly Clarkson. The group played “Heartbeat Song” with her during her set. The tour was canceled 15 shows early because of Clarkson’s doctor’s requests for vocal rest.

Pentatonix started their “Pentatonix World Tour” first leg with Us The Duo in 2016. The tour started in Chiba, Japan on April 2, 2016.

The second leg ran in Europe from May 23 to June 26 before returning to Japan in August 2016 for two shows.

In September 2016, the third and fourth legs of the tour took place in Oceania and Asia, respectively, followed by the fifth leg in North America from October 17 to November 22, 2016.

The 2017 tour shows started in May with five more shows in Japan. The final leg of the tour began in Los Angeles on July 2, 2017, and continued throughout the U.S. before finishing in Vermont on September 3, 2017.

The final show marked the final performance of Kaplan with the group.